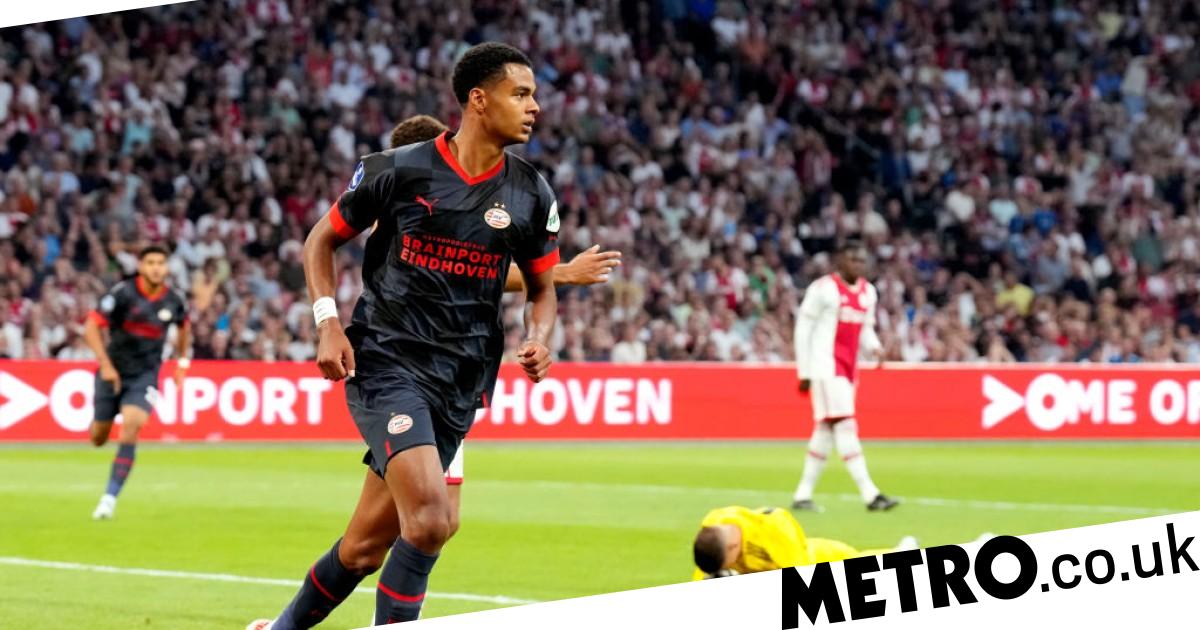 Manchester United are eyeing a move for PSV Eindhoven star Cody Gakpo after being rebuffed in their move for Ajax winger Antony.

Antony, the Brazil international, had been keen to follow Erik ten Hag to the Theatre of Dreams and made that clear to Ajax.

However, the Dutch giants have virtually priced United out of a move by demanding in excess of £80m for the 21-year-old.

United are unwilling to pay that much, particularly as they struggle in their pursuit of Frenkie de Jong.

But, while Ten Hag would prefer to wait for the right targets than buying for the sake of it, there is a pressing issue to address in attack.

Anthony Martial will miss Sunday’s game against Brighton with a hamstring injury, meaning Cristiano Ronaldo – who wants to leave the club – could be forced to start after playing just 45 minutes during pre-season.

That’s underlined the need for attacking reinforcements and the Mirror say Gakpo is now a leading target for the Red Devils.

The 23-year-old Netherlands international won the Dutch Player of the Year in 2022 for his performances for Ruud van Nistelrooy’s side.

Leeds and Arsenal have both shown interest in Gakpo but his future will rest on whether PSV make the Champions League group stages.

The Dutch side must overcome Monaco in the second leg of their play-off this week, having drawn 1-1 in the first leg.

PSV will miss out on around £60m if they fail to make the group stages and in that case they’d listen to offers for Gakpo, who is valued at around £40m.

That’s a fee that United would be willing to pay, given it’s half of what Antony would cost.

Gakpo has been likened to Robin van Persie for the way in which he’s moved to a central forward position from the wing but he still plays from both positions.

The forward scored 21 goals last season, despite missing 12 matches at the start of the campaign.

We invest in people who build cool stuff: Umakant Soni,CEO of robotics incubator

You Must Meet this Furry Skateboard Fan!