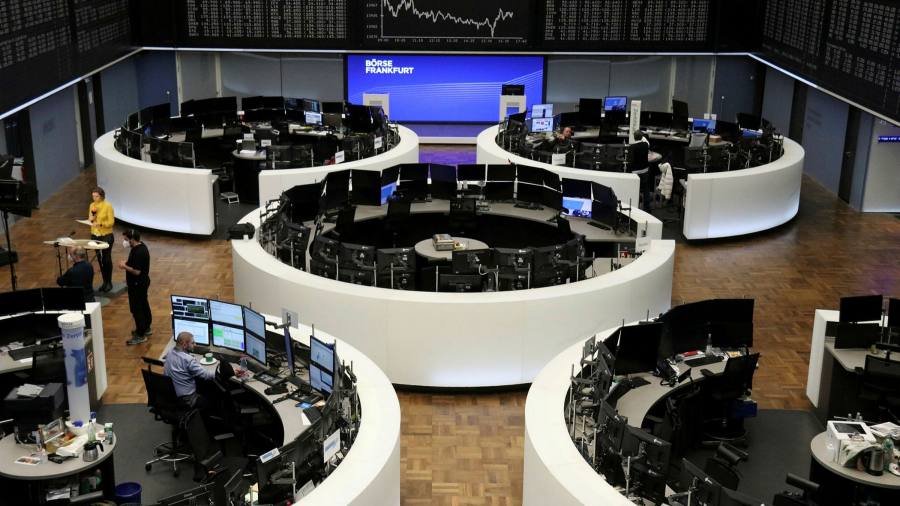 European equity markets were muted on Wednesday as investors weighed up the worsening coronavirus pandemic against prospects of more fiscal stimulus in the US.

The Stoxx 600 benchmark and the UK’s FTSE 100 were 0.2 per cent higher in morning trading, following a similarly lacklustre session on Wall Street overnight.

This came after the Dutch government extended the nation’s coronavirus lockdown by three weeks and German chancellor Angela Merkel warned her country’s strict measures may last at least another eight weeks.

“We are in the middle of a pandemic that does not have any end in sight,” said Tihana Ibrahimpasic, multi-asset specialist at fund manager Janus Henderson. “Investors are balancing supportive US fiscal policy and coronavirus vaccines with these further lockdowns, and a cloudy outlook of how quickly the vaccines can be distributed.”

The vaccine rollout has been slow in France, where an anti-vaccine movement is also gaining ground, while Germany’s political parties are rowing over Berlin’s decision to delegate procurement of the shots to the European Commission.

In the US, incoming president Joe Biden has pledged to press ahead with extra stimulus for the world’s biggest economy. Analysts at Goldman Sachs forecast he will add $750bn to a $900bn economic relief package agreed by US lawmakers late last year.

This has raised expectations of economic growth that could feed through to inflation, prompting a sell-off of US government bonds since the start of the year. Yields have reached their highest since last March, in turn lifting the dollar.

But this so-called reflation trade lost momentum on Wednesday, with the yield on the 10-year US Treasury bond losing 0.01 percentage points to just above 1.12 per cent as investors bought back in to the debt. The dollar, as measured against a basket of currencies, was narrowly higher.

The Federal Reserve is likely to begin tapering its debt purchases — a big support for the market since the coronavirus crisis — in 2022, according to Goldman Sachs economist Jan Hatzius. Stimulus spending meant US core inflation would rise above the central bank’s 2 per cent goal “somewhat more quickly than expected,” he added.

Oil prices gave up some early gains, having risen on reports that Saudi Arabia had cut supplies for next month to Asian buyers. Brent crude recently traded up 0.1 per cent at $56.63 a barrel.

RBI: View: RBI and the art of managing conflicts amid Das’ easy monetary policies for 2021