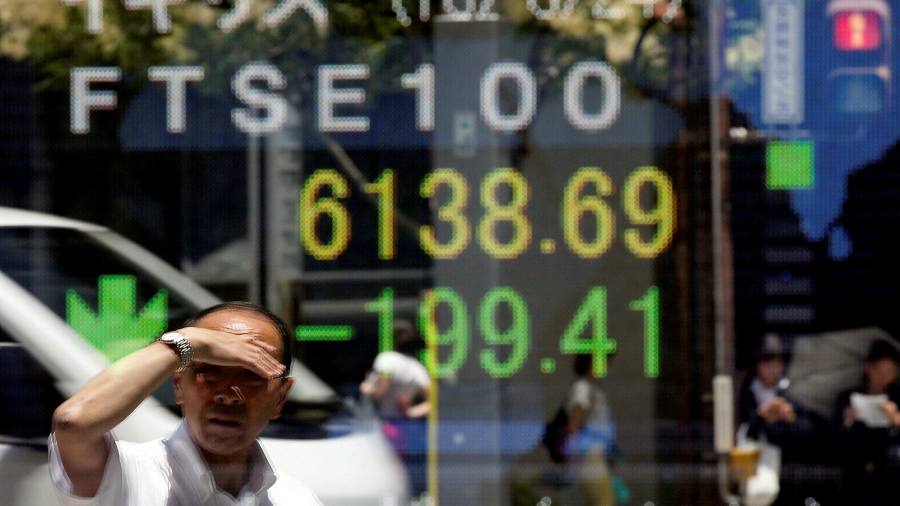 European equities and US stock futures dipped lower on Wednesday, reflecting caution ahead of US inflation data that may bring expectations forward of the first Covid-19 era rate rise in the world’s largest economy.

Economists polled by Reuters expect data out later in the day to show US consumer prices rose 5.3 per cent in September from the same month last year, marking the fifth month they have risen at 5 per cent or more, as the UK and the eurozone have followed similar trends.

Investors and central banks have moved from characterising inflation as a temporary impact of industries reopening after 2020’s pandemic-related shutdowns to worrying it will become prolonged as wages increased and a gas shortage in Europe pushed up oil prices.

“Markets are now debating how persistent inflation will be and it is easy to see that debate continuing into the middle of next year,” said Zehrid Osmani, head of Martin Currie’s global portfolio trust.

The spectre of inflation eroding the investment returns from stocks and bonds has pushed the FTSE All World share index more than 4 per cent below its early September all-time high and knocked government debt markets. On Wednesday, the yield on the benchmark 10-year Treasury note, which moves inversely to its price, was steady at 1.58 per cent, around its highest since June.

The IMF forecasts that price rises will fall back to pre-pandemic levels in mid-2022. But in a report on Monday, it also warned central banks that “risks are skewed to the upside” and said monetary policymakers should be “very, very vigilant.”

European natural gas contracts for delivery in November rose 6.1 per cent on Wednesday to €93 per megawatt hour, almost five times their level from the start of the year, after Chinese trade data showed the nation’s imports of the commodity rose to their highest since January last month. Brent crude, the international oil benchmark, dipped 0.2 per cent to $83.2 a barrel, close to a three-year high.

The dollar index, which measures the US currency against six others and has been boosted by expectations of a US rate rise, was flat on Wednesday at close to its highest point in a year.

Sterling was steady against the euro while the yen was flat at around its weakest against the dollar since December 2018.

In Asian markets, the Hong Kong Stock Exchange cancelled its trading session on Wednesday because of the effects of Typhoon Kompasu. Japan’s Topix share index dipped 0.5 per cent in afternoon trading while China’s CSI 300 index was up 1 per cent.

Northern Ireland expected to give go-ahead to gas storage facility

PayPal in talks with Pinterest on takeover worth $45bn