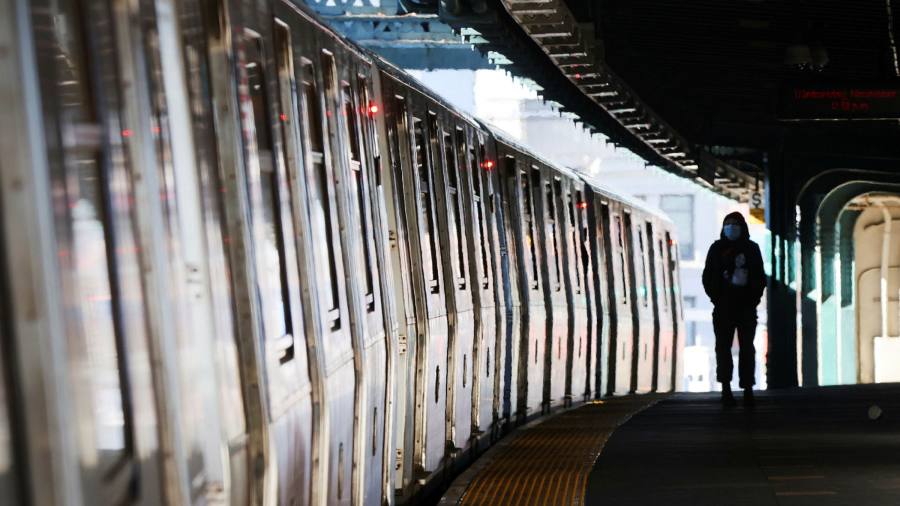 The regional Stoxx 600 index, which is still almost 14 per cent higher so far this month following exuberance about positive late-stage vaccine trials from drugmakers Pfizer and Moderna, dropped 0.8 per cent in early trades. Germany’s Xetra Dax and the UK’s FTSE 100 were also 0.8 per cent lower.

All sectors of the Stoxx fell, with value stocks — unloved companies with high dividend yields that benefit from economic recoveries — performing the worst. The banking sector of the European index fell 1.2 per cent while energy shares fell 1.6 per cent.

US coronavirus deaths rose by the most in more than six months on Wednesday, while New York City has closed its public schools and Colorado urged its residents against travelling around the Thanksgiving holiday.

This took the shine off an announcement by Pfizer and German partner BioNTech that they would submit their Covid-19 vaccine for US and EU emergency approval “within days”, saying it was even more effective than previously reported. On Thursday morning, medical journal The Lancet reported that Oxford university and AstraZeneca’s vaccine candidate had shown a strong immune response, based on second-phase trial data.

Markets are “all about vaccines and the virus at the moment”, said Jim Reid of Deutsche Bank. “Worries over further restrictions to come [have] masked what was nothing short of more tremendous vaccine news.”

Gold fell by 0.5 per cent to $1,862 a troy ounce while the dollar strengthened slightly, with the index measuring the US currency against those of major trading partners 0.1 per cent higher.

Analysts expect the dollar, which is typically in high demand in times of economic uncertainty, to weaken significantly after a vaccine becomes widely available. The dollar index is still around 1.7 per cent lower so far this month.

US Treasury bonds, which often find buyers when investors retreat from equities, were stable on Thursday morning, with yields on the 10-year security at 0.86 per cent.

Many analysts expect these yields, which move inversely to prices, to rise steadily through next year as more people are immunised against the virus and demand for haven assets weakens.

In a sign, however, of lingering economic concerns, the gap in yield between 10 and two-year Treasuries has narrowed from its recent highs. The difference was recently 0.68 percentage points, down about 0.1 points over the past eight days, according to Bloomberg data.

The US central bank, which has pumped trillions of dollars into the financial system to stabilise it during the pandemic, has signalled that it plans to keep these emergency funding facilities going in the near term, although the Treasury department remains undecided.