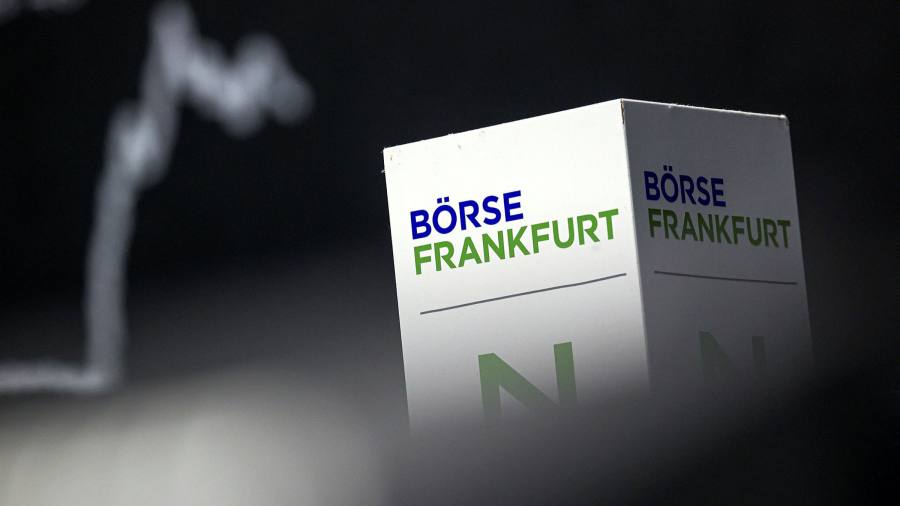 European bourses hovered just below recent highs as investors weighed a blockbuster corporate earnings season and a survey pointing to a big recovery in the eurozone’s factory sector.

Germany’s Xetra Dax and France’s CAC 40 indices were little changed in morning trading on Monday, but both remain up more than 10 per cent so far in 2021. London’s markets were closed for a public holiday.

US markets were poised to open higher later, with futures tracking the S&P 500 advancing about 0.4 per cent while an index of the 100 biggest stocks on the Nasdaq Composite was set to rise 0.3 per cent. Both benchmarks climbed to new records last week.

In a sign of the strengthening global economy, a survey released on Monday showed manufacturing activity in the eurozone continued accelerating at a rapid rate in April after a strong performance in March. For the bloc, IHS Markit’s purchasing managers’ index registered 62.9 for the month, building on a reading of 62.5 in March and sitting well above the 50 line that separates expansion and contraction.

“The past two months have seen output and order books both improve at rates unsurpassed since the survey began in 1997, with surging demand boosted by economies opening up from Covid-19 lockdowns and brightening prospects for the year ahead.”

A similar report covering the US factory sector is due later on Monday, with the closely watched monthly employment report due on Friday.

Investor sentiment has also been buoyed by a strong revival in corporate earnings in the first three months of 2021 compared with the same quarter the previous year, when the pandemic started to hit big companies.

Groups listed on the blue-chip S&P 500 index that have disclosed quarterly figures so far have reported overall year-over-year growth of 53 per cent, according to FactSet data. Of the 306 groups that have published these figures, 268 have exceeded expectations.

A similar situation has played out in Europe, where companies listed on the Stoxx 600 index have reported profit growth of almost 75 per cent. Overall, average earnings for the benchmark have exceeded the consensus expectation of analysts by 15 per cent, the biggest “upside surprise” since the recovery from the global financial crisis more than a decade ago, according to Goldman Sachs.

While individual stock reactions to upbeat earnings have been muted in the US and Europe, signs of a strong recovery for many big businesses have helped support stock prices, analysts say.

“The effect of fiscal stimulus and the post-Covid-19 bounceback in consumer and business demand is leading to extraordinary levels of growth, particularly in the US, that are likely to persist for a number of months yet,” said Linda Mazziotta at UBS Wealth Management. “In turn, this supportive macro backdrop is feeding through into a stronger-than-expected recovery in corporate earnings.”

Another wave of results is due to be released this week, with a slew of companies such as Volkswagen and Siemens in Germany, PayPal and AIG of the US, and Nintendo of Japan all issuing financial reports.

Elsewhere, oil prices were little changed, with global benchmark Brent crude hovering around $67 per barrel and US marker West Texas Intermediate trading at $63.51.

The US dollar slipped 0.1 per cent against a basket of half a dozen major currencies.

Wheat procurement increases over 70% to 292 lakh tonnes this marketing season, so far