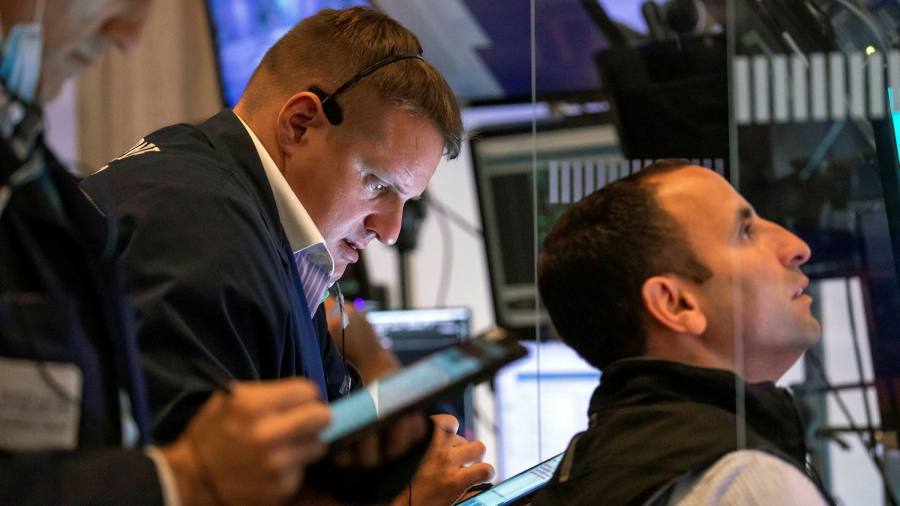 Sign up to myFT Daily Digest to be the first to know about Equities news.

European equities crept higher in thin trading as investors awaited the latest clues on the direction of US monetary policy.

The region-wide Stoxx 600 rose 0.1 per cent, Germany’s Dax was trading almost flat, while France’s Cac 40 and the UK’s FTSE 100 were up 0.2 per cent. Trading activity was well below average levels across national bourses, according to Bloomberg data.

Investors have been cautious to make big bets ahead of this week’s virtual Jackson Hole meeting of central bankers, which begins on Thursday. Traders are looking for clues on when the Federal Reserve, the world’s most influential central bank, will begin reducing the scale of its $120bn per month asset purchase programme.

While investors will be paying close attention to Jackson Hole, a speech on Friday by Fed chair Jay Powell may not provide the clarity markets are seeking, said Jorge Garayo, global head of inflation strategy at Société Générale. “It’s more likely we get anything exciting at the next FOMC meeting,” in September.

S&P 500 futures were almost flat, while Nasdaq futures were up 0.1 per cent, after Wall Street closed at record highs on Tuesday evening. The S&P 500 has set a record high 50 times this year, according to Howard Silverblatt at S&P Dow Jones Indices.

Key to the decision on when central banks will begin tapering their support is their outlook on how long-term inflation will be. “My view is that we are in a transitory high inflation period,” said Garayo, “but I don’t rule out high inflation for a bit longer than we thought.”

Investors are also likely to have to wait until the European Central Bank’s forum on central banking in Sintra at the end of September for market-moving news, said Garayo. “They already announced something remarkable with the forward guidance following a very dovish tone overall.”

Commodities were down slightly in morning trading. Brent crude, the global benchmark for oil, dipped 0.2 per cent but remained above $70 a barrel. Though below the $76.33 a barrel at the end of July, it remains significantly higher than the value at the start of the week after a 5 per cent jump on Monday. US benchmark West Texas Intermediate fell 0.2 per cent to $67.38 a barrel. Gold fell 0.5 per cent to $1,794 a troy ounce.

Electric vehicles may cut global refining capacity demand by half in 2050: Rystad