EXCLUSIVE: Atithi Bhooto Bhava star Pratik Gandhi on working with Jackie Shroff: ‘See him more as a friend and a philosopher’ : Bollywood News 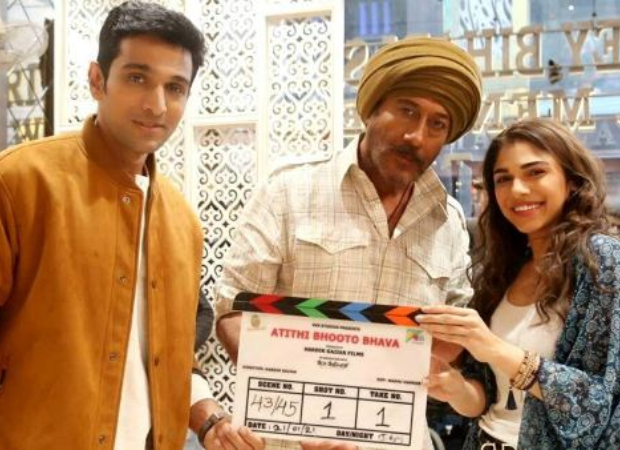 Actor Pratik Gandhi soon became an internet favourite following his breakout role in the Scam 1992 web series, helmed by Hansal Mehta. The series premiered in 2020. Now, the actor is gearing for his digital release Atithi Bhooto Bhava on ZEE5 starring alongside Jackie Shroff and Sharmin Segal.

EXCLUSIVE: Atithi Bhooto Bhava star Pratik Gandhi on working with Jackie Shroff: ‘See him more as a friend and a philosopher’

Pratik Gandhi spoke about his relationship with them. He says, “I have already mentioned my relationship with Jackie. Besides working with him in the past, I see him more as a friend and a philosopher. He is a very kind, loving, and warm person. He gives a lot of hope to humanity whenever I speak to him.”

He continued, “As per Sharmin is concerned, she is a very close friend now. She is my daughter’s friend more than me I guess. They bonded very well during our shooting schedule in Mathura. She made me listen to some good Punjabi songs that I had never heard before and she is a fun-loving person. Her sense of humour is unique, and her energy is contagious.”

Talking about why people should watch the movie, Pratik says, “First, I am excited that my film Atithi Bhooto Bhava is going to release on ZEE5. The audience will get to watch this film in the comfort of their homes with their loved ones. Anybody who has been in love shall surely be able to relate to the film. We have made it for them. The film has a very different storyline and how it meets together and unfolds is something to look forward to. It is a hearted love story so there are a lot of comical moments that will make people laugh. In recent times, when a lot of dark films
have been made, this film will have a fresh concept.”

Atithi Bhooto Bhava is a story of Srikant Shirodkar [Pratik Gandhi], a witty stand-up comedian who takes his relationships for granted including with his beautiful live-in girlfriend Netra Bannerjee [played by Sharmin Segal]. Things take a turn when a Ghost named Makhan Singh [played by Jackie Shroff] enters their lives and asks Srikant to fulfil a promise made by him. Confused Srikant then realises that he has been reborn and that he was Makhan Singh’s – Darji (Grandfather) in 1975. The movie explores the journey of two love stories in different time zones and how Makhan Singh helps and guides Srikant in his relationship with Netra.

DaBaby Gives Debut Album a Sequel With ‘Baby on Baby 2’

GM Wants to Make Escalade and Camaro Into EV Sub-Brands:…