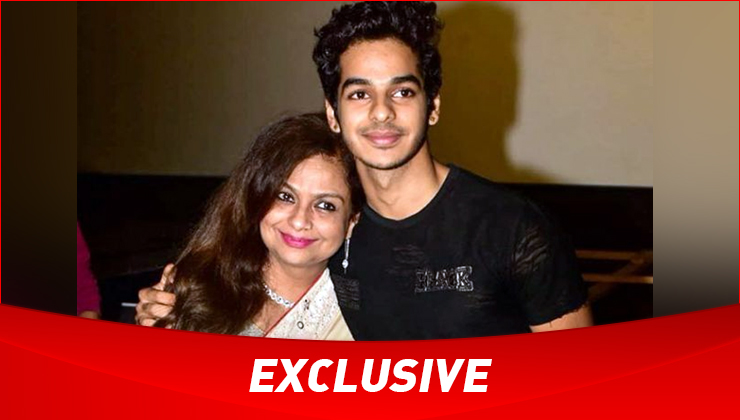 Actor Ishaan Khatter made his Bollywood debut with Beyond The Clouds. He is the son of actors Rajesh Khatter and Neliima Azeem and a half-brother to Shahid Kapoor. However, despite coming from a filmy background and having all the privileges since childhood, the Dhadak actor also faced his own share of ups and downs post his parents’ separation.

Earlier, in an exclusive interview with Bollywood Bubble, Neliima spoke about how being a single parent has been tough on her, especially during Shahid’s time. She also mentioned that Shahid had a tough time dealing with it. Now, in our recent chat, Ishaan was asked if he had a tough time dealing with it since he comes from a different generation. He was also asked if he was content and happy with his upbringing.

Ishaan on his hustles and Neliima:

The Phone Bhoot stated his mother deserved everything call Neliima a survivor. Ishaan Khatter said, “I don’t have any Gila shikwa any shikayat about my upbringing. I am very proud of the childhood that I lived and I think I am the person that I am today because of what I saw and what I made of it. They say that sometimes characters are built out of adversity and I’ve experienced that firsthand. A lot of people think that they know my story whereas nobody really knows. the life that I led growing up and I’m very proud of my mom, I saw her come through a lot. She’s a Survivor, and she’s a very strong person she is the person whom I look up to most and I have great respect for women because of what I saw her take on and conquer. My mom’s a Queen and she’s a queen and she deserves everything. It made me who I am as a man and I’m proud of that.”

“Today, I can take challenges head-on I don’t get intimidated by life and I don’t get intimidated by somebody saying something because I’ve seen life and I don’t like to talk about it, I don’t like to go out in public and say I have seen hard times and faced struggles because everyone has had their own share of struggle and journey. I don’t like the word struggle. I like the word hustle because if you want something it’s your birthright to go and work hard for it and get it. Everyone’s story is different and life is too long, it is just the beginning,” Ishaan further said.

“I’m very grateful for today being in a position that’s much more privileged than I was in growing up so I’m very grateful for that I don’t take it for granted and I’m very committed to giving my mom a great life, to doing well because I want to do that. I want to give her everything that she deserves. My only drive for fame, popularity and money are because it’ll give me opportunities to do more good work which I want to do. I want to create the kind of work that I want to see that no one’s doing and hopefully, I’ll have that,” Khaali Peeli actor concluded.