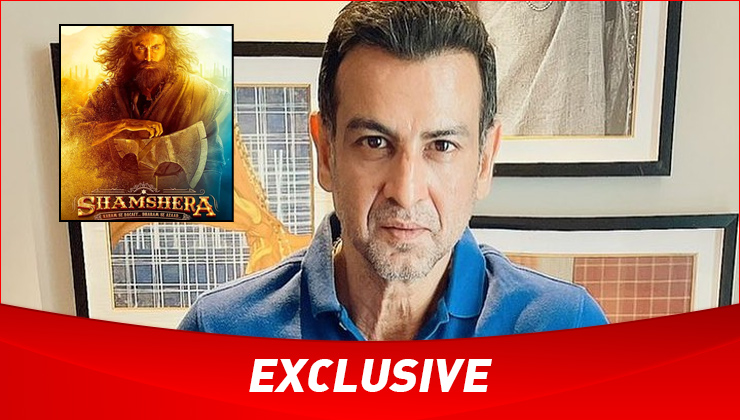 Ronit Roy is one of the most popular actors in the industry. Apart from TV shows, Ronit has been a part of many films and proved his versatility as an actor. The actor has featured in films like Shootout at Wadala, Kaabil, and Loveyatri among others. Ronit was also seen in the Ranbir Kapoor starrer Shamshera. Ronit played a key role in Shamshera. Unfortunately, Shamshera failed to do well at the box office.

Now, in an exclusive interview with Bollywood Bubble, Ronit opened up about the film’s box office failure and said, “I know for a fact how much hard work has gone into Shamshera. Starting from Yash Raj’s unit to Karan to all the actors and they were not just four-five actors, even the crowd had about 100 actors in it, so you know, everybody. The way it was shot, the dust, the smoke, the sun, it was not easy to shoot that film. And the precision with which Karan shot it, this blood and sweat gone into the film.”

He added, “I won’t say I feel bad but it’s not something that you can digest so easily and it’s years of blood and sweat. And it’s not just for myself because you know how hard everybody around you has.. you’re not the only person working out right, that entire 300 people have worked hard for it. So it doesn’t feel very nice when a film tanks like that. It’s a labor of love and you want it to work.”

Ronit went on to add, “When something works, you feel very happy but you don’t really know exactly what has worked. When a film tanks, you feel sad, but you don’t exactly know why the film has tanked. In hindsight people have opinions ki uska ye nahi acha tha, uska screenplay nahi acha tha, uska gaana nahi popular hua. Those are all the tick boxes that people like to tick but one never knows. But as far as Shamshera is concerned, when I see the film speaking about Karan, I see his craft. And he’s shown his craft. He’s shown in the film that he’s a master craftsman. I’m in the film and suddenly I see a shot and go ‘waaaa’ so that reaction can be evoked only by a master craftsman and he’s shown his craft. So like it says that some films work, some films don’t work.”

Check out the entire conversation here-