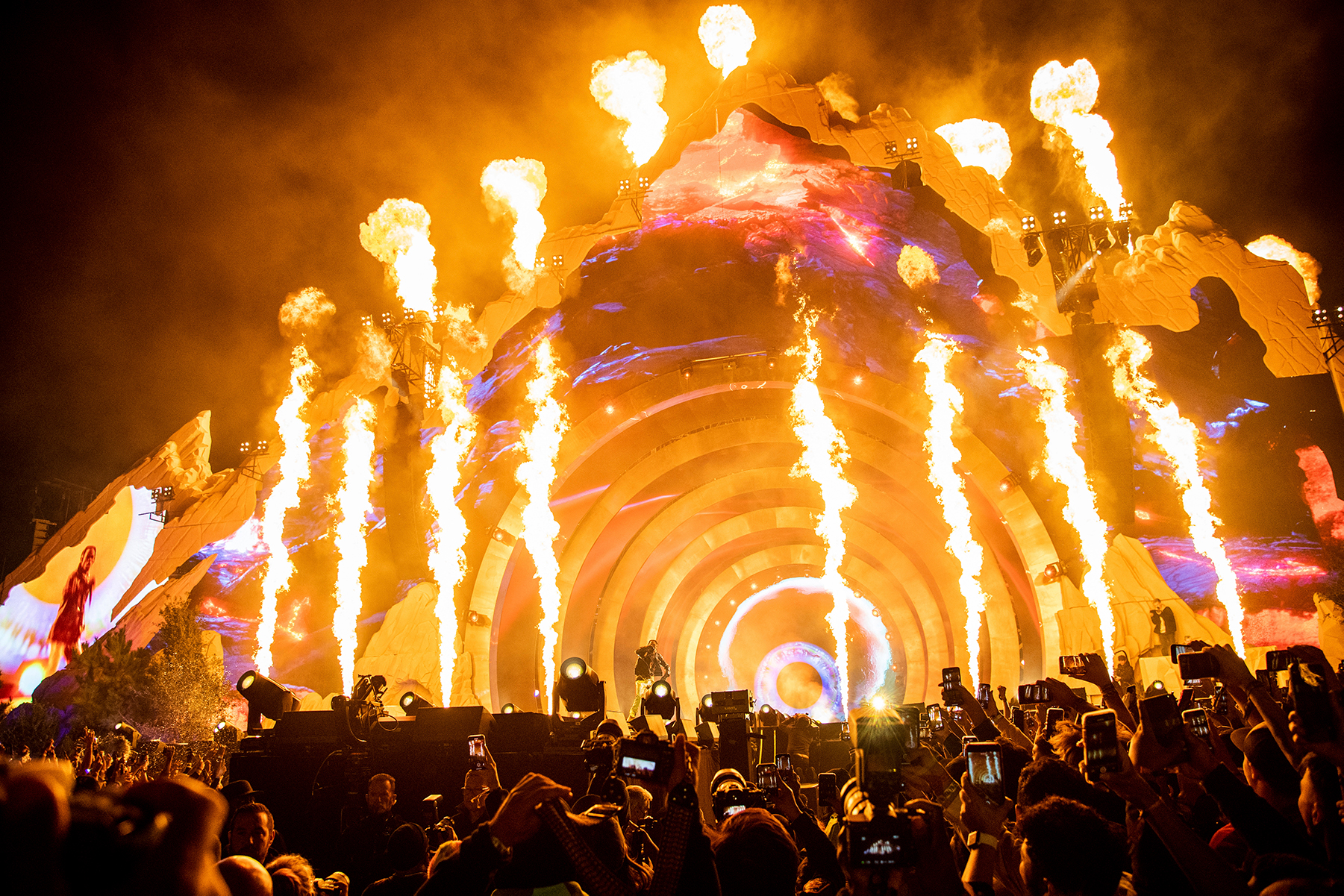 The family of John Hilgert filed a lawsuit against Travis Scott and his music production company on Wednesday demanding change to the music industry. The 14-year-old was one of 10 people killed during a brutal crowd rush during Scott’s Astroworld Festival in Houston.

The suit was filed by attorney Richard Mithoff, who was hired by John’s parents, Chris and Nichole Hilgert. It names a long list of defendants, including Scott, Live Nation Worldwide and its subsidiaries, Scoremore LLC and its subsidiaries, as well as other entities involved with production, promotion and security.

Mithoff also filed a second lawsuit on behalf of Adam and Jennifer Cox, parents of a minor, named in the suit as “B.C.,” who was injured during the stampede and was a friend of Hilgert. Both suits claim negligence and gross negligence on the part of all of the defendants.

“No one should die going to a concert,” Mithoff said in a statement.

The Hilgert are asking for changes to be made in the way concerts are organized, including security requirements, available medical facilities, and the elimination of poorly designed general admission seating instead of assigned seats.

“The pain of our loss from our son John not making it home alive from an event such as this is intolerable,” Chris Hilgert said in a statement. “He was a beautiful young man who simply wanted to enjoy his first concert event with friends, whom he treasured spending time with more than anything else.”

He added, “This pain should never be felt by anyone over a loved one attending a live concert. Our sole aim in filing this lawsuit is to prevent this type of tragedy from ever happening again at a live concert. There is no excuse for the poor crowd design, event execution and lack of response that was exercised at this festival that resulted in the tragic death of our son and nine others along with scores of other people that were innocently injured.”

These suits are two of hundreds of lawsuits filed by Astroworld attendees who say the event left them with injuries and psychological trauma. Live Nation and Scott have been named in multiple suits totaling billions of dollars in potential damages. Earlier this week, two security guards who worked the festival sued Scott and Astroworld after being injured during the rush of fans.

25 Celebrities Who Have Spoken About Being Pansexual

Is Jack Frost on Netflix?