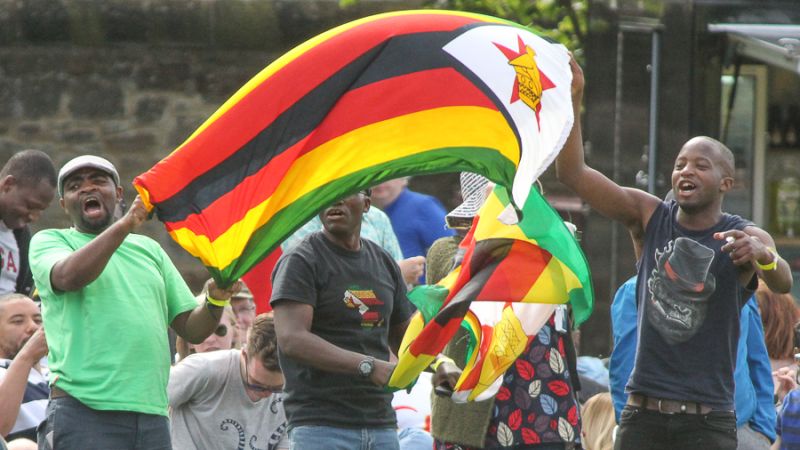 HARARE: Armed with bats and balls, teen cricketers from Domboshava, a village near the Zimbabwean capital of Harare, are striking poverty and child marriages hard — two major culprits that plague rural communities.

Despite cricket being traditionally considered an elite sport, the rural-based academy is churning out national champions in the bat-and-ball game.

“People don’t expect to see cricket being played in rural areas, but as the founder of Harmonics Cricket Academy, I wanted to break that myth,” Harmony Kurisa, a cricket coach and founder of the academy, told Xinhua in a recent interview.

Despite limited resources, the academy, located in the village of Domboshava, has managed to produce players for the national team while keeping teen girls away from child marriages.

“We have four girls who have made it in the cricket cycles; two are players, and the other two are scorers,” Kurisa said after a training session.

“We have been motivated by these four girls; now we have over 30 girl cricketers who are aspiring to also play at higher levels,” added Kurisa.

The physical education teacher started coaching cricket in Domboshava in 2012. Nowadays, over 200 students have since passed through his hands.

One of his students, Beatrice Chakuchichi, a 14-year-old bowler, already has high hopes for the future.

“I admire people who play cricket. I saw many cricket players who succeeded because they played the game, so I want to follow in their footsteps so that I can also take care of my family through cricket,” said Chakuchichi.

Kurisa said through the training, the girls now believe in themselves despite their humble backgrounds.

“Our girls have built self-esteem, and they are now confident. Even if we go to play with other schools in towns, you cannot differentiate them as rural girls; there is no difference,” said Kurisa.

In addition to nurturing talent, the academy has also successfully reintegrated victims of early child marriage back into the school system, said Kurisa.

“We are using sport as a tool to fight some social problems like early marriages, child abuse and school dropouts, especially from the girl child. We have been successful — we have two girls who had once gone into early marriages, but they have come back,” he said.

Early child marriages are common in some of Zimbabwe’s rural areas. The situation is even worse in areas with informal gold mining activities, like Domboshava where traders prey on vulnerable young girls.

According to the United Nations Children’s Fund, early child marriage has a devastating impact on the lives of girls as they often lead to school dropouts, thereby depriving them of their rights to acquire appropriate skills to enter the labor force, which pushes them further into poverty.

As per the Zimbabwe National Statistics Agency, 33.7 percent of girls aged under 18 are married. A 2016 Constitutional Court judgment declared child marriages unconstitutional by setting the age of 18 as the minimum marriage age for both girls and boys.