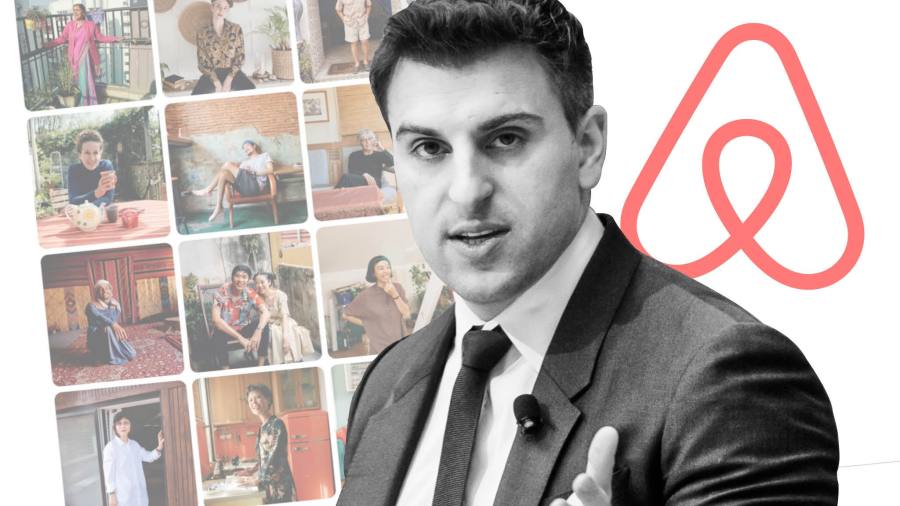 Airbnb has revealed for the first time the impact of the coronavirus pandemic on its business, as it prepares for a stock market debut in December.

According to its IPO filing, the short-term rental platform made losses of $700m on revenues of $2.5bn in the first nine months of this year.

But beyond the headline figure, would-be investors also got a deeper look at the underlying health of the business before the crisis hit, and a chance to consider potential areas of concern.

1. Airbnb’s growth was slowing before the virus

Airbnb’s IPO prospectus showed that revenue growth had been slowing well before the coronavirus pandemic threw its business into disarray.

In 2016, Airbnb increased revenues by 80 per cent from the year prior to nearly $1.7bn, while producing positive free cash flows. Months later, investors injected $1bn in new equity that valued the company at $31bn.

But by 2019, Airbnb was experiencing its third straight year of slowing growth, with revenues increasing 32 per cent from the previous year. By comparison, the ride-hailing company Uber boosted revenues at a rate of 42 per cent in the final full year before its IPO in 2019.

Airbnb warned it expected growth to continue slowing in the future, suggesting its most explosive years may have passed.

2. It has taken action to cut costs

The pandemic forced Airbnb to reassess years of heavy spending on staff and on marketing expenses.

The company had already come under fire from some investors for its spending on new business lines. In 2019, the filings show that it spent $5.3bn to make $4.8bn in revenues.

After reporting two straight years of profits on an adjusted basis before interest, tax, depreciation and amortisation, the company swung to a loss of more than $250m on that basis last year.

Investors may be encouraged by Airbnb’s recent cuts, including a 25 per cent reduction in its employee base and a pause on discretionary marketing spending, which helped the company turn a net profit in the third quarter.

3. Its new businesses have not taken off

Launched almost four years ago, Airbnb’s Experiences product pairs local guides with tourists. In the filing, however, the performance of Experiences, which claims to have a potential market size of $1.4tn, has been wrapped together with its figures for nights booked in homes.

As a result, there is no meaningful data on how Experiences is performing — whether historically, or currently under its new “online-only” format.

Airbnb cites an inability to “grow new offerings and tiers, such as Airbnb Experiences” as a risk factor. It will be made more difficult by marketing cuts. While the company can boast that 91 per cent of its traffic arrives organically — helped by its status as the verb for booking a room — this is not the case for Experiences.

The company can continue to use search-engine optimisation to boost the visibility of Experiences, but the prospectus alleges it is becoming harder as Google steps up its competing products.

“We believe that our SEO results have been adversely affected by the launch of Google Travel and Google Vacation Rental Ads,” the filing read, “which reduce the prominence of our platform in organic search results for travel-related terms and placement on Google”.

4. What is the outlook for hosts?

The pandemic has hurt Airbnb’s hosts, and seen the company pay out just over $204m of the $250m fund it set up to reimburse hosts a quarter of the booking revenues lost because of coronavirus cancellations.

The company said it had not witnessed a “material” change in the number of active listings on its platform since the end of last year through to this past September. But the hosts who rely on Airbnb to pay their mortgages or other bills may not be able to survive if travel restrictions remain in the medium term.

“It is not yet clear what financial impact the severe travel reduction occurring during the Covid-19 pandemic will have on these individuals or whether they will be able to keep their homes or operate their businesses as travel resumes,” the filing read. 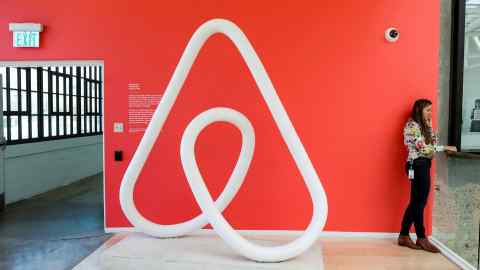 The total number of listings on Airbnb was 7.4m as of the end of September, of which 5.6m were “active” listings — defined as rooms, homes or Experiences that were both viewable on the site and had been booked at least once.

The filing said the number of listings overall had declined — without sharing by how much — blaming a number of factors including increased regulation and taxes on short-term rentals; opposition from private groups such as homeowners’ associations; perceptions of trust related to the risk of unauthorised parties or illegal behaviour; and Airbnb’s own actions to remove listings that were against its policies.

Airbnb is keen to point out that its business is not overly reliant on a handful of big cities. None of the 100,000 cities it operates in is responsible for more than 2.5 per cent of revenue.

Which is just as well, since the filing states that in approximately 70 per cent of the company’s top 200 largest cities, on a revenue basis, had introduced some form of regulation on short-term rentals, in imposing caps on the number of nights that can be legally offered by a host. In London, it is set at 90 nights per year, while in Paris it is 120.

Battles are ongoing in places such as San Diego — a top 10 city for Airbnb — which may adopt a requirement for short-term rental properties to register in a database, similar to a move put in place by San Francisco in 2018, resulting in thousands of hosts leaving the platform.

Complying with the array of intricate laws has become “burdensome”, the filing said, increasing costs and putting off users as a knock-on effect.