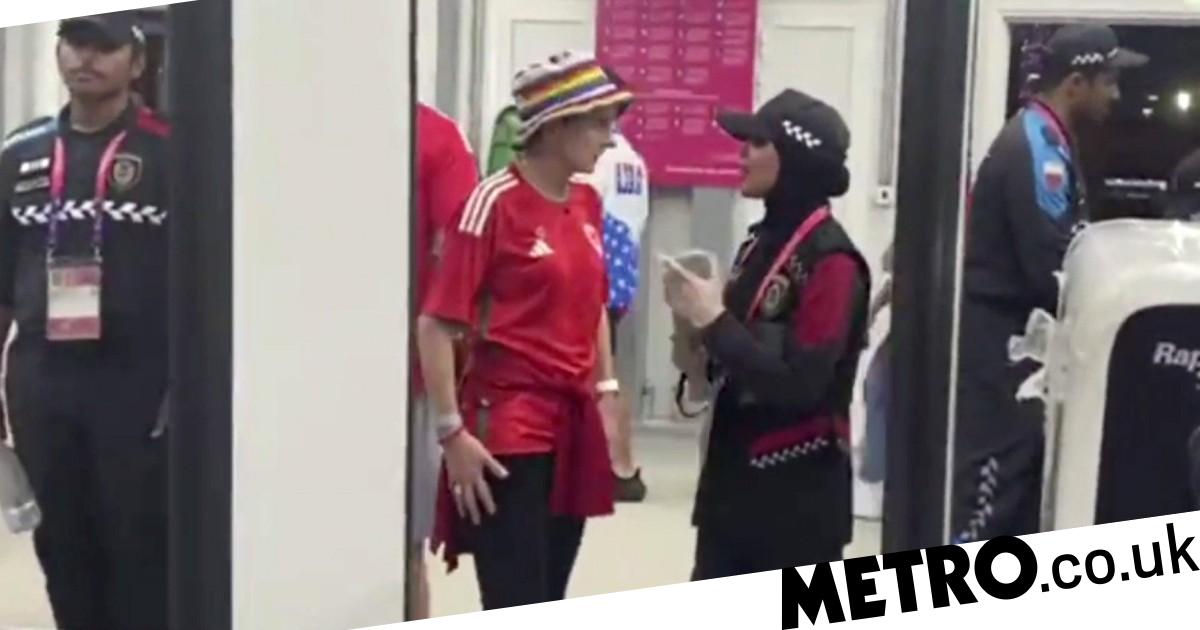 Laura McAllister, former captain of the Wales women’s team, says fans were told to remove rainbow bucket hats in order to watch a game at the Qatar World Cup as they are a banned symbol.

She was heading into the Ahmad bin Ali Stadium in Al Rayyan to watch Wales take on USA, but was stopped by security on the way in and told to remove the hat or she wouldn’t be able to enter.

McAllister told ITV: ‘We were aware while we were queuing up that people wearing a rainbow bucket hat, which is a symbol of the LGBT Rainbow Wall in Wales, had had their hats taken off them.

‘So, clearly, I wasn’t going to take my hat off. But some of the other fans were aware that was likely to happen. Then when we got through security, some of the security guards said we had to take the hat off. When I asked them why, they said because it was a banned symbol and we weren’t allowed to wear it in the stadium.

‘I pointed out that FIFA had made lots of comments about supporting LGBT rights in this tournament. Coming from a nation where we are passionate about ensuring there is quality for all, I wasn’t going to take my hat off.

‘I think I had a little moral victory in that I managed to sneak it in.’

Now a professor at Cardiff University, McAllister added on Twitter: ‘So, despite fine words from @FIFAWorldCup before event, @Cymru rainbow bucket hats confiscated at stadium, mine included.

‘I had a conversation about this with stewards – we have video evidence. This WorldCup2022 just gets better but we will continue stand up for our values.’