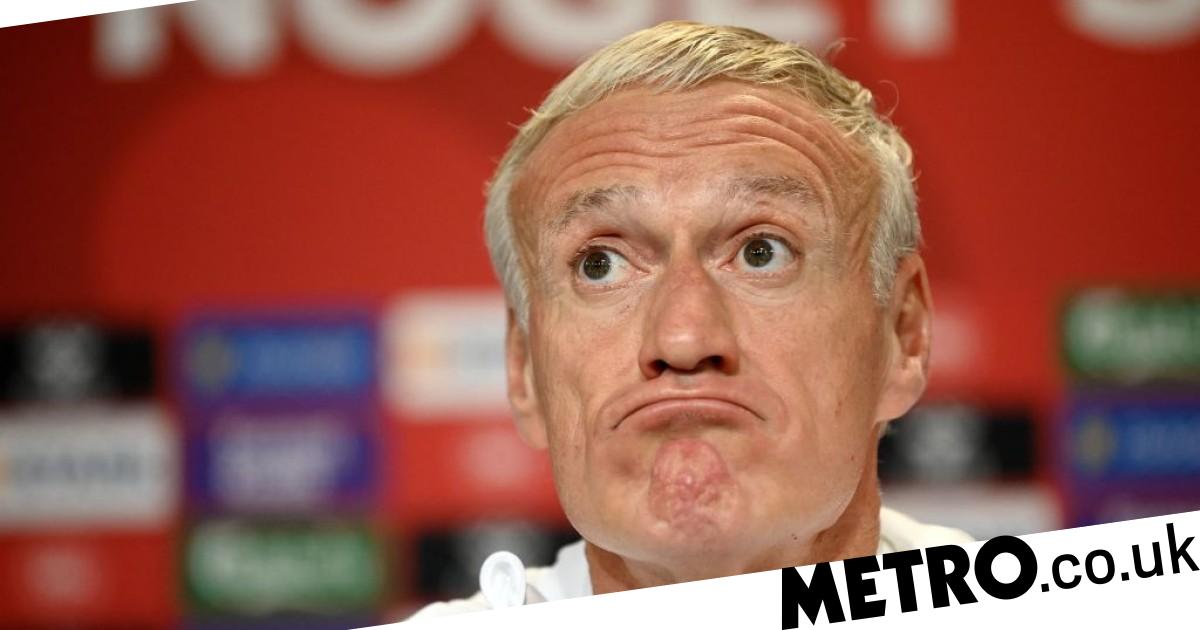 France boss Didier Deschamps has spoken glowingly about Manchester United new boy Christian Eriksen and revealed he has been taken back by his work rate and endurance in midfield.

The Dane – who faces off against Les Bleus in the Nations League on Sunday evening – has started all six of United’s Premier League matches this season, also featuring in both of the club’s Europa League matches too.

Eriksen, of course, now plays with an Implantable Cardioverter Defibrillator (ICD) after suffering a cardiac arrest at Euro 2020, though he has quickly got back to his previous high levels and become an instant fans’ favourite at Old Trafford.

Even at the age of 30, the former Spurs playmaker is still a buzz of activity in midfield and Deschamps says he has been surprised by Eriksen’s work with and without the ball – as well as how often he has played.

Speaking ahead of trying to stop the Dane on Sunday evening, the France boss said: ‘There is an attacking player who even surprised me, and not just because of what had happened that could have been dramatic for him, and obviously it’s Christian Eriksen.

‘But the ability that he shows with his club in the position he plays, because he has always been someone who has a remarkable technical ability.

‘But to play so frequently for his club in the midfield, to see the volume of games he plays, this ability even to recover is impressive.

France centre-back Raphael Varane, who plays alongside Eriksen at United, was also effusive in his praise of the Dane and believes his experience is one of several important qualities he has added to the Red Devils’ squad.

Asked about his new team-mate, the former Real Madrid defender said: ‘He managed to integrate quickly into the squad, he has a lot of qualities.

‘We are very happy to see him at this level after what he has been through. He brings experience. Playing against Christian is a player that I appreciate.’

Eriksen is yet to open his account for United since moving to Old Trafford on a free transfer – though he has recorded an assist in both the Premier League and Europa League – but he netted a superb long-range effort against Croatia in the Nations League last time out.


MORE : Paul Scholes ‘annoyed’ with Manchester United duo for not doing what Casemiro and Christian Eriksen do in midfield

Restaurant hits back after Tripadvisor review they claim was ‘revenge’

Walker to start for England against Wales and Henderson…

Tesla Model 3 refresh coming with even more controls via the…

Marvel just made Sherlock Holmes one of the X-Men

These Republicans refuse to support McCarthy for House…