FTI axed by clients in fallout over oil industry work 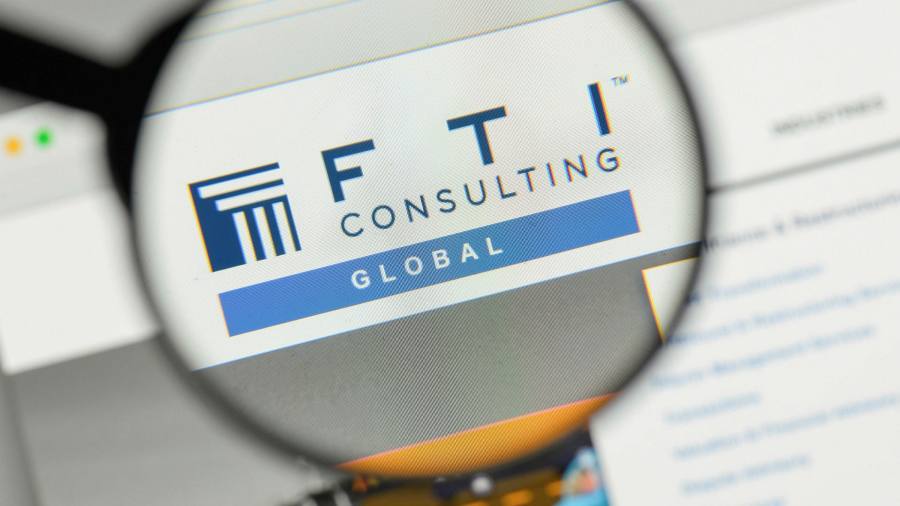 FTI Consulting has been dumped by at least three of its clients while several global asset managers are reviewing their relationship with the business advisory and public relations consultancy, as the fallout from a media report about controversial work for the oil industry intensifies.

MSCI, the ratings and index provider and CDP, a non-profit group that collects climate data from companies, said they have dismissed the PR firm. First Sentier, the $145bn fund manager formerly known as First State, has also cut links with FTI, said people familiar with the discussions.

Morningstar, the investment data company, said it is seeking potential replacements for FTI, although the public relations company is able to rebid for the contract. The Financial Times had previously reported that MSCI, Morningstar and CDP had launched reviews after the New York Times published a story about FTI’s tactics this month.

M&G, the London-listed fund house, and Legal and General Investment Management, the UK’s largest asset manager with $1.5tn in assets, are among the large investors that requested urgent meetings with the PR house over the media report, according to people familiar with the matter.

A CDP spokesperson said the company had “seen only professionalism” from its direct contacts at FTI, but “the agency operates as one brand and CDP needs to ensure transparency globally from any agency we work with”.

FTI has faced a barrage of questions from clients after the New York Times reported that the company and its employees engaged in questionable practices on behalf of the oil industry. This included running industry-backed pro-fossil fuel campaigns and creating a fake Facebook profile to monitor activists.

The firm has repeatedly said the New York Times report “grossly mischaracterised” the work it does for the oil sector.

FTI said in a statement that its work conforms to “all industry ethical standards and practices” and that it does not promote climate change denial or work with companies that deny climate change is real.

“We are satisfied that our colleagues do continue to uphold these standards, but we will take this opportunity to consider our policies, ensure that they are as robust as they can be, and that every single member of our team understands them and adheres to them,” said Matt Bashalany, director of corporate communications.

In an internal memo seen by the FT, FTI senior managing director Mark McCall said the company believed that a former employee had created a fake social media profile without seeking approval from their manager. “That person was wrong to create that profile, wrong not to consult their manager, and that person is no longer with us,” he said.

The New York Times allegations have spooked many of its asset management clients, which have become increasingly outspoken about environmental, social and governance issues in recent years — including the need for the oil industry to become greener.

One senior executive at an asset manager said: “We are reviewing [our contract with them]. We can’t be associated with them if the allegations are true.”

First Sentier declined to comment. The group is in the middle of a review of its external PR advisers globally and had initially asked FTI to repitch for the contract, according to a person close to the discussions. But they said FTI will no longer be considered following the New York Times story.

However, one global asset manager said they had “zero concerns” about FTI, adding that the company had “engaged very actively with us” over the allegations.