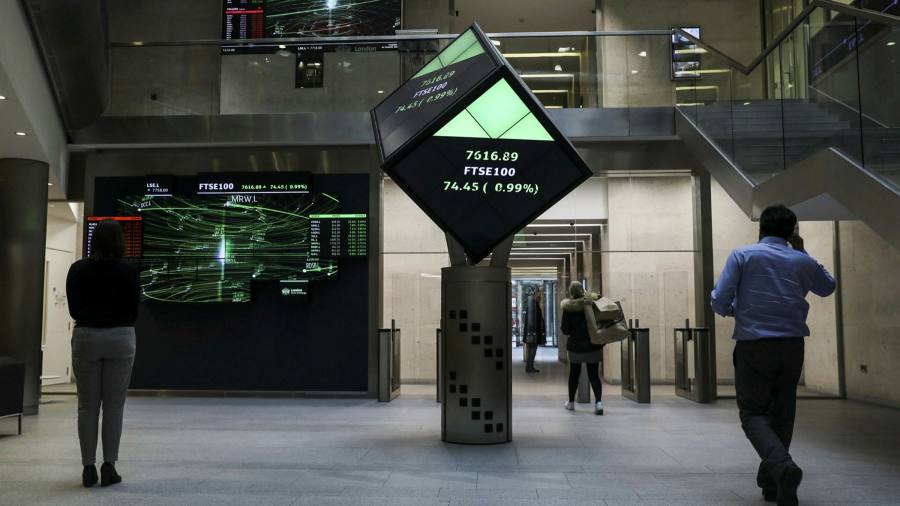 Call it the circular economy. Companies hurried to raise cash last year from capital markets underpinned by state support. Now the threat of pandemic-induced collapse is receding and profits are recovering. Businesses are rushing to return money to investors.

Every morning, the London stock market’s news service is jammed with stock repurchase announcements. On the current trend, share buybacks by FTSE 100 companies in 2021 should approach £25bn, up by about a quarter year on year.

Net profits will easily treble this year on a stated basis, according to AJ Bell, which, in turn, hints at more free cash flow available for shareholders. If anything, buybacks could exceed our estimate.

Buybacks are also supported by the cash on company balance sheets. Last year, FTSE 100 companies accumulated a fair bit of it, despite stated profits collapsing by more than half. Cash rose to £280bn, up 40 per cent over the end 2019 figure, using Bloomberg data.

The pick-up in buyback activity fits with Lex’s thesis last year that corporates could bolster reserves to withstand the hit from the pandemic shutdown. With hindsight, they accumulated too much cash.

In the US, authorisations for buybacks have also climbed to a record $870bn so far this year. US companies have more propensity for returning cash to shareholders this way, partly due to investor preference. These authorisations suggest many more repurchases this year than in the past two.

Executives and their boards must be optimistic about the prospects for next year. The share purchases have occurred after the FTSE’s valuation has rebounded from historic lows. Its forward price to book ratio at 1.8 times has returned to the upper end of the 10-year range.

Shareholders do not like lazy balance sheets chock full of cash. Chief executives want shareholder love. Expect this mutual admiration to continue into next year. Though you might also ask why bosses are buying their own companies’ shares in bulk at the top of the market.