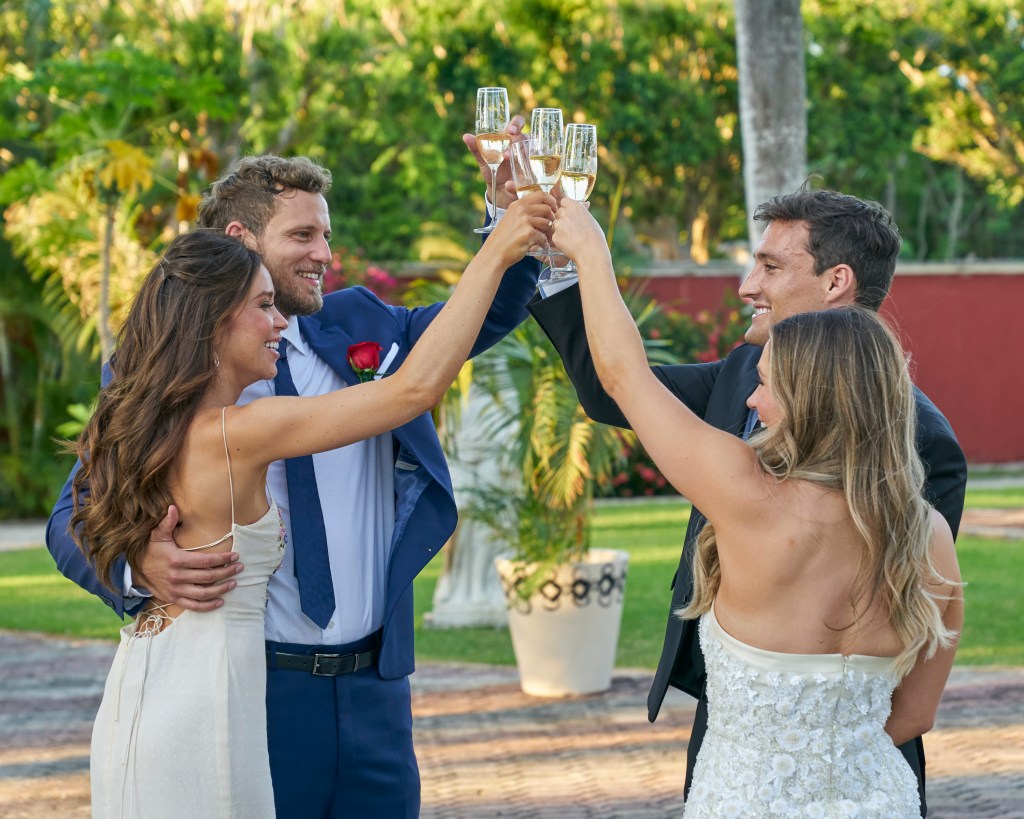 (If you haven’t seen the finale yet, stop reading now to prevent spoilers.)

Congratulations Bachelor Nation, we made it to the end of perhaps the most dragged out season of “The Bachelorette” to date. And I’ll be damned if we didn’t get a happy ending, too.

Denverite Gabby Windey announced her engagement to Erich Schwer on the season 19 finally finale, which aired Sept. 20. Viewers weren’t exactly on the edge of their seats since Erich became the sole contestant in the running two weeks ago, but many were grateful to be able to close this chapter in our primetime schedule.

Gabby and Erich got engaged on a beach in Mexico and when they returned to the stage on Tuesday for the live “After the Final Rose” segment, they seemed happy. Even glowing.

Did Gabby ever think it would end up like this?

“No, I hate men,” she joked with host Jesse Palmer.

What does the future hold for the couple?

“I don’t know,” she said with a laugh. “I want to build a life where we can have shared experiences.”

For the time being, that means Gabby, formerly a Denver Broncos cheerleader, competing on ABC’s “Dancing with the Stars,” which premiered Monday. Erich is “very supportive,” she said.

In addition to congratulating the happy couple, Palmer made sure to address accusations that Erich had a girlfriend prior to going on the show and announced Zach, one of Rachel’s top dudes, as the next star of “The Bachelor.” But honestly, all that was snooze-worthy compared to the conclusion of co-”Bachelorette” Rachel Recchia’s journey to find love.

Like Gabby, Rachel only had one guy left going into the final rose ceremony. That guy was Tino Franco, who proposed, as is apropos given the premise of the show. Between the time filming wrapped and the premiere aired, however, Tino cheated on Rachel in what he deemed was a tiny, little mistake of a moment.

Oh, you know Twitter didn’t let him get away with trying to blame her for his actions.

Tino saying their relationship got better because “You started going to therapy”. “You did everything I asked”. “Don’t get worked up over something so tiny”. No accountability🚩🚩 #bachelorette #thebachelorette pic.twitter.com/A0GGrSFWbu

Tino leaving after dropping every emotional manipulative tactic in the book#TheBachelorette #Bachelorette pic.twitter.com/tkSn6ClboM

The producers didn’t let Tino off scot-free either. Rachel had the chance to confront Tino during “After the Final Rose,” and then her runner-up Aven Jones showed up and asked her out. It may have actually been the most dramatic moment in “Bachelor” history.

My soul escaped my body in this moment #TheBachelorette pic.twitter.com/O4YR6dhYHW

the producers bringing out Aven and telling Jesse to wrap it up while Tino just stands there #bachelorette #TheBachelorette pic.twitter.com/xjtghyTvQ8

And so that does it – this season really did go out with a bang. But it’s time to restock the wine fridge: “Bachelor in Paradise” premieres Sept. 27.

Subscribe to our weekly newsletter, In The Know, to get entertainment news sent straight to your inbox.