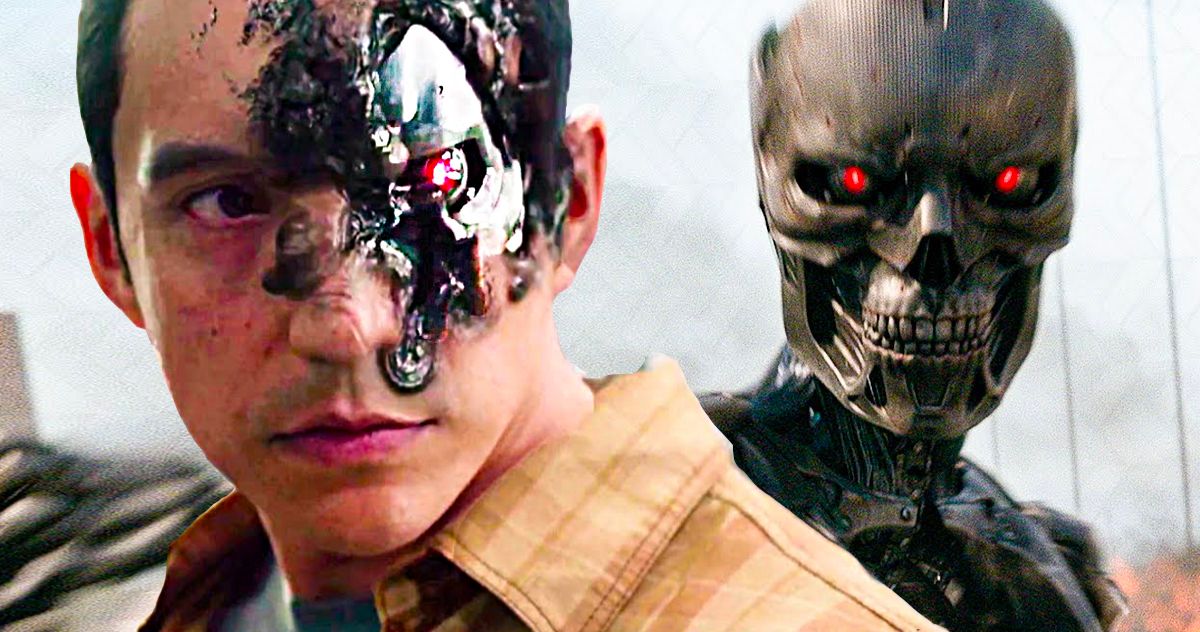 Last year, the Terminator franchise was revived with Terminator: Dark Fate. For the first time since Judgment Day, franchise creator James Cameron was involved in a meaningful way, with Deadpool director Tim Miller at the helm. Not only that, but both Arnold Schwarzenegger and Linda Hamilton were back sharing the screen together, which was no small thing. But to keep the franchise moving and evolving, they needed to bring in a new terminator. And that new Terminator was Gabriel Luna.

Terminator: Dark Fate has made its way to home video and is available on Digital HD, or one’s preferred form of physical media. I was lucky enough to speak with Gabriel Luna about the movie and what it took for him to become our new Terminator. It was a long road, but a rewarding one for him as an actor.

“They brought me in December of 2017 and so began what was probably a four-month process,” Gabriel Luna explained about the process of becoming the new Terminator, dubbed the REV-9. Luna did his audition, a callback, and a screen test. The whole thing carried on until April 2018. While Luna put in the hard work, getting along with director Tim Miller certainly didn’t hurt matters any. “Really had a good time with him. We got along.”

Ultimately, Gabriel Luna landed the coveted role. At that point, things got a little surreal. “Along the way, I stumbled upon a podcast, Michael Rapaport’s interview with Robert Patrick,” Luna said. Patrick famously played the T-1000 in T2, which, for many, remains one of the greatest sequels ever made. “Listening to him and what his experience was, it was surreal because he was basically laying out what my life was at that moment in time.”

The big hook for Terminator: Dark Fate was having the big three back, but Tim Miller and James Cameron consciously made the decision to bring in a new generation of characters that could potentially carry the franchise for years to come. That also included the likes of Mackenzie Davis as Grace and Natalia Reyes as Dani, in addition to the REV-9. But for Gabriel Luna, the experience of working with Hamilton and Schwarzenegger on a Terminator movie was insane all the same.

“It was just as wild as one might imagine,” Luna said.” Meeting Linda for the first time. Her, as a person, was just really incredible to be in the presence of.” Luna recalled watching the 1980s Beauty and the Beast TV series, which starred Hamilton, quite fondly. “Then, of course, the great Arnold Schwarzenegger shows up and changes the whole game,” Luna said. “We’re already making this massive motion picture.”

The experience of making a massive blockbuster like this, for an actor, is an experience in itself. But for Gabriel Luna, the experience of getting to share this with such icons was the most cherished element of the process. “I think out of the whole experience, the most incredible part of it all was just all of the time we got to spend after we were done, after we finished the work. We had a lot in common,” Luna said. “We enjoyed each other’s company.”

Gabriel Luna got along quite well with Schwarzenegger and the action star even took the 37-year-old under his wing a bit. “He brought me into the fold with a lot of the stuff he’s involved in, his charity work and of course his dedication to fitness,” Luna said. “I’m one of the luckiest dudes in the world, just to have that time with them. That’s probably the greatest part of it all. To have those two, but then to have James Cameron coming back… I think all of those elements created something we all want.”

One of the more interesting things that Gabriel Luna revealed was the prep work that went into crafting the REV-9. He was given a scene from Michael Mann’s 2004 crime Drama Collateral, starring Tom Cruise and Jamie Foxx, in which Cruise plays an assassin. “He’s very charming, but he’s absolutely cold-blooded,” Luna said.” The actor tried to channel that energy into his take on the Terminator. “That was very helpful,” Luna says.

For Gabriel Luna, this certainly wasn’t the first time that he had to take on an iconic role within a franchise. The actor had previously played the Robbie Reyes version of the Marvel character Ghost Rider on ABC’s Agents of S.H.I.E.L.D.. “It’s not the actor, it’s the fan in me that really is the one that applies the pressure,” Luna said. “I loved Ghost Rider as a kid. Loved those books. Loved the whole vibe.” The actor also says that it helps, in portraying a legacy character such as this, that they have a rich history to pull from. “There’s such a strong history and background with these characters,” Luna added. “You always try to do something different as an actor.”

Up until recently, Hulu has been planning a Ghost Rider show centered on the character fans met in Agents of S.H.I.E.L.D. Unfortunately, with some of the changes going on at Marvel, the series was unceremoniously canceled. As for whether or not we’ll see Luna’s Robbie Reyes again? “I don’t know. I truly don’t,” Luna said. “I was on hold for almost three years preparing for that show.”

The actor thinks that the fans have a lot of power in a situation like this. “I think with all things, it’s in your hands. The fans are powerful when it comes to this stuff,” Luna said. “I think it was the powerful outcry that got the show greenlit in the first place, and I think it would just take more of [that].” That’s pretty much how Deadpool got made. There’s no reason to think it couldn’t work with Ghost Rider as well.

The Chucky series has been a blast, and the season finale is preparing to go out with a bang.

Watch the Weeknd Reference ‘Stranger Things’ in ‘Die for You’ Video