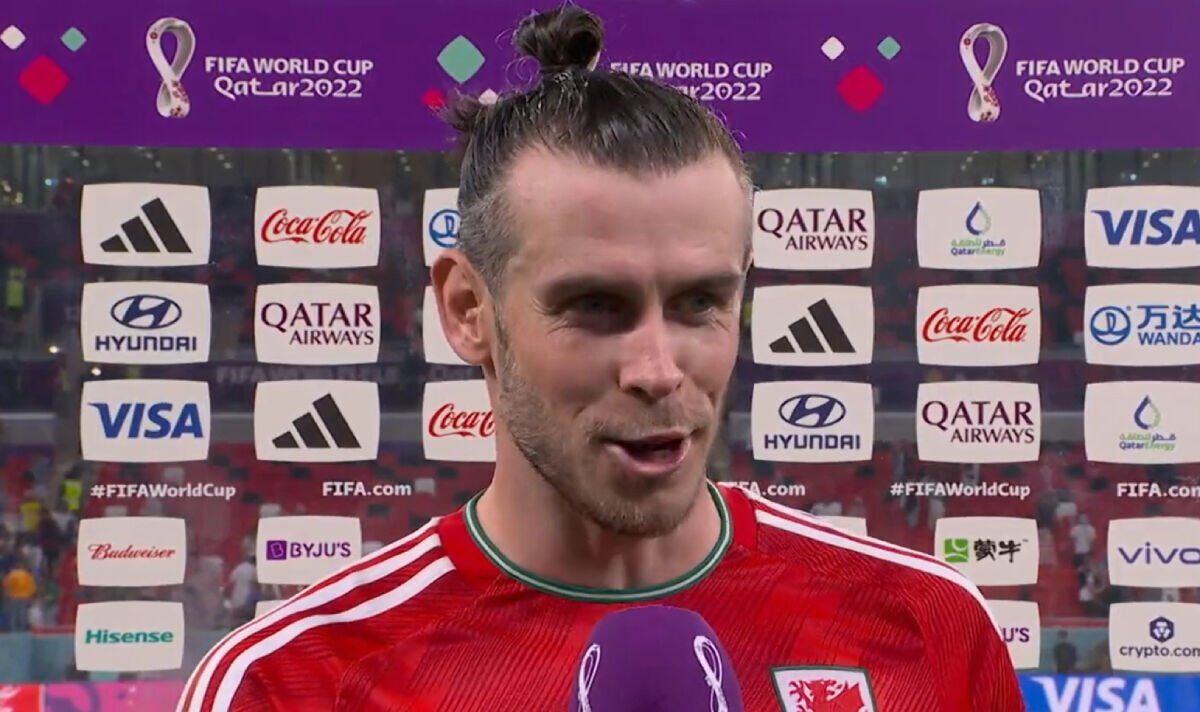 Gareth Bale has refused to give away Rob Page’s secret half time team talk that inspired Wales to a second half comeback against USA at the World Cup on Monday night. Wales were utterly dominated in the opening period as Timothy Weah put USA ahead. But Page’s team were much better after the interval and secured a share of the spoils as Bale scored from the penalty spot late on.

“Talk by the gaffer at half time, changed a few things around and the boys came out fighting, battling like we always do,” the ex-Real Madrid winger said after the match as he spoke about the comeback. “A great point from where we were. We showed character like we did in 2021 in the Euros and we go again.”

And when asked what Page had specifically said at the interval, Bale replied: “Just a few tweaks. Nothing I want to share too much about. We just had to regroup and do what good teams do – come back stronger and show our character again like we always do.”

The World Cup Group B encounter proved to be a game of two halves, with Wales going close on a number of occasions in the second period. Ben Davies and Kieffer Moore, who had been brought on for Dan James at the break, almost scored for Wales as their side pushed forward. But it was Bale who eventually made the breakthrough after he was brought down with eight minutes remaining.

Wales’ draw means their hopes of reaching the World Cup knockout stages are well and truly alive. Page’s team face Iran on Friday, before ending the group stages with a mouthwatering clash against England next Tuesday.

The Three Lions stormed to the top of the Group B table on Monday as they thumped Iran 6-2.

What to Do If Your Turkey Is Still Frozen

BBC Radio to celebrate life of Bernard Cribbins over…