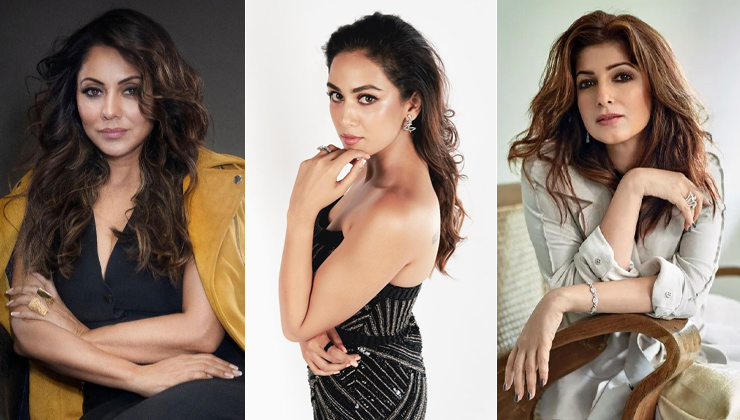 Since Fabulous Lives of Bollywood Lives is grabbing everyone’s attention, we actually thought of going through their careers. Interestingly, these Bollywood wives have successful businesses instead of just being the wife of their actor husbands. We were a little inquisitive to know their fabulous lives and their successful ventures which surprised us.

Take a look at these successful Bollywood wives and their fabulous careers here:

Superstar Shah Rukh Khan’s wife Gauri Khan is as big a name as her husband. Apart from being a wife of a superstar or being the mother of popular kids – Aryan, Suhana Khan and AbRam, Gauri is a famous interior designer as well as a film producer. She is known to design luxury places for big names including Karan Johar, Katrina Kaif and more. In 2018, Gauri Khan was listed among ‘50 Most Powerful Women’ in one of the magazines of Fortune India.

Mira Rajput who got married to actor Shahid Kapoor is quite a social media influencer. The star wife is often seen sharing life and beauty hacks on her Instagram while promoting her love for fitness.

After completely ditching her acting career, Twinkle becomes an author and a popular columnist as well as a film producer. She is also an owner of Tweak India- The platform aims to start and sustain conversations around body positivity, parenting, women’s empowerment, mental health, bullying, LGBTQI, beauty and many other issues.

Actor Sanjay Kapoor’s wife Maheep Kapoor is an entrepreneur and jewellery designer. She has worked for Satyani Fine Jewels, where her collection ‘Chandbalis for Satyani Fine Jewels’ became popular. Reportedly, she founded Bandra 190, a luxury retails boutique, and she runs VIVA-LUXE, an online retailer for Asian designer wear.

Tahira is the wife of actor Ayushmann Khurrana who also prefers to stay behind the camera. She is an author who has penned books like The 12 Commandments of Being a Woman and The 7 Sins of Being a Mother. She is also a film producer.

Natasha Dalal is the wife of Varun Dhawan who prefers to stay away from the media glare. Dalal is an extremely successful fashion designer and has her own label. Her entire attention is devoted to Natasha Dalal Label, her clothing designer line.

Apart from starring in Fabulous Lives of Bollywood Wives, Bhavana Pandey who is the wife of Chunky Panday has opened her own restaurant in Mumbai. She made her career in the restaurant industry.

Beatles in Hamburg: ‘Harrison was by far best…

How Detective Bernard Will Be Written Out of Law &…