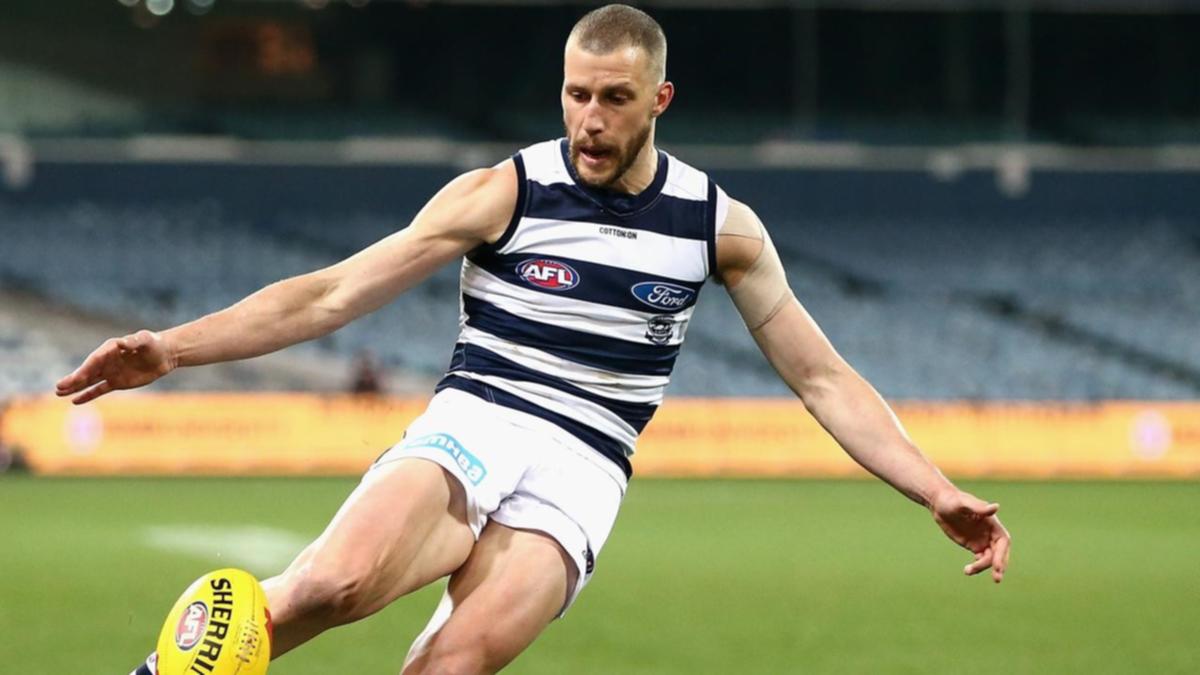 Geelong will back in Rhys Stanley as their lead ruckman against St Kilda after swinging two late changes for Saturday night’s AFL clash.

Versatile tall Mark Blicavs (managed) is out of the side, while ruckman Jon Ceglar has been relegated to the substitute role.

As hinted at by coach Chris Scott during the week, Sam Menegola and Zach Tuohy have been named in the starting 22 at GMHBA Stadium.

Hard-running midfielder Menegola returns from a knee injury and defender Tuohy is back after a week in virus protocols.

Stanley is also back from a knee injury ahead of schedule to take on Saints ruckman Rowan Marshall.

Scott said this week the ladder-leading Cats are still experimenting with their ruck set-up since former Hawthorn ruckman Ceglar recovered from a foot injury last month.

“Stanley comes in and we’re keen to see Ceglar get some more exposure at AFL level before the finals but we’re just still a little undecided as to exactly how that’s going to look,” Scott said on Friday.

“We’re very open-minded to the two of them playing in the same team, that’s definitely on the table.”

Geelong can take a big step towards the minor premiership with a win over St Kilda, who are fighting to stay in the top eight.

The Saints were the last team to beat the Cats in 10-point triumph at Marvel Stadium in round nine.

Denial of responsibility! Pedfire is an automatic aggregator of the all world’s media. In each content, the hyperlink to the primary source is specified. All trademarks belong to their rightful owners, all materials to their authors. If you are the owner of the content and do not want us to publish your materials, please contact us by email – [email protected]. The content will be deleted within 24 hours.
AFLSport
0
Share

Cancer Treatment: How Chemotherapy Affects Your Teeth And…

More than 2 million infant swings and rockers recalled after…