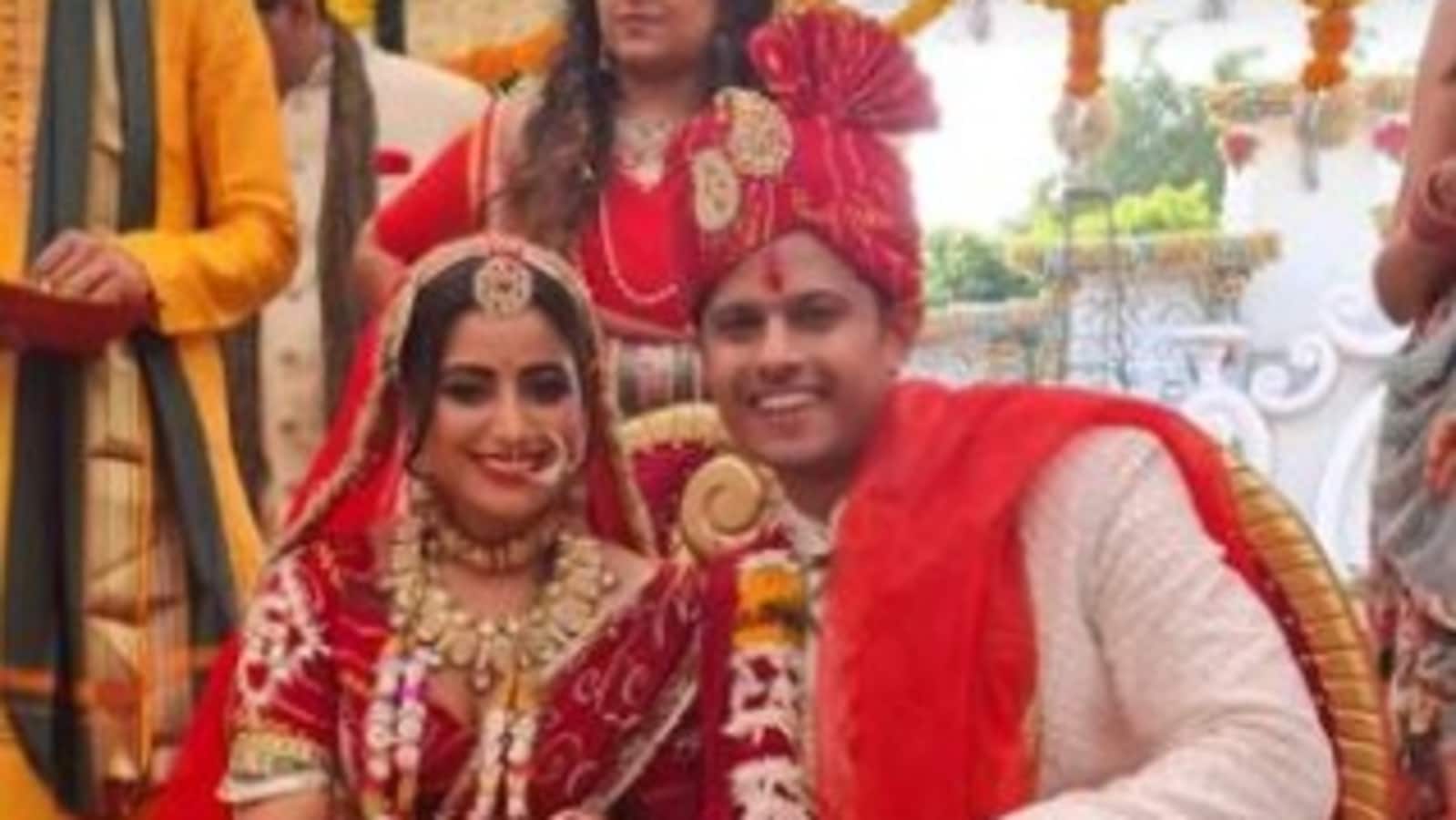 Actor Neil Bhatt and Aishwarya Sharma on Tuesday tied the knot in Indore in the presence of their family members and friends. Several pictures and videos clips from their wedding ceremony have surfaced online.

In the pictures, Neil Bhatt wore an off-white ethnic wear along with a red turban and matching shawl. Aishwarya Sharma was dressed in a red saree with golden embroidery, a white dupatta and traditional jewellery.

In one of the videos, Neil was seen tying the mangalsutra around Aishwarya’s neck. She then seemingly asked his reaction to her look. Neil was seen mouthing ‘wah (wow)’ and gestured that she looked good.

Earlier, pictures and video clips from their pre-wedding functions, including the haldi and mehendi ceremonies, emerged online. There were also pictures of Neil and his family on a bus. He also posed with Aishwarya in the photos. Several pictures showed him in a green kurta, grooving with family members and dancing with Aishwarya.

Recently, Aishwarya had dropped photos on Instagram from her mehendi ceremony. She had captioned the pictures, “Mehendi #bridetobe #mehendi #aishwaryasharma.”

The couple had also released their pre-wedding video. The nearly three-minute video on Instagram showed them spending time amid nature and also captured their romantic moments. Aishwarya had written along with the post, “When dreams start turning into reality!! With a lot of love, we made this and we feel happy to share our love with you all. Here’s to spreading love and joy…”

Also Read | Neil Bhatt-Aishwarya Sharma apply haldi to each other, smile as they twin in yellow at pre-wedding ceremony. Watch

Meanwhile, Neil Bhatt is known for playing the role of ACP Virat Chavan in Ghum Hai Kisikey Pyaar Meiin. He met Aishwarya Sharma on the sets of the serial. She played the role of Pakhi in the serial.

Victoria Beckham’s luxury brand ‘has debts of £54m’ due to…

Big Brother 24 Spoilers: Who Won The Veto In Week 6

11 Child Actors Who Quit, And 10 Who Became Bigger Stars