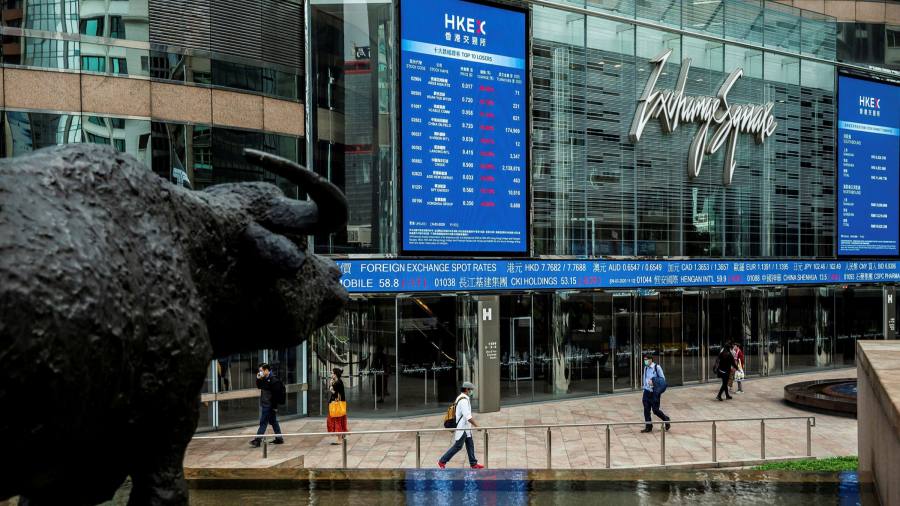 Shares across the Asia-Pacific region rose a day after stocks on Wall Street hit record highs as Donald Trump signalled he would begin the transfer of power to president-elect Joe Biden.

In early trading in the region on Wednesday, Japan’s Topix gained 1.3 per cent while Hong Kong’s Hang Seng added 1.2 per cent. South Korea’s Kospi rose 0.5 per cent and Australia’s S&P/ASX 200 was up 0.8 per cent. China’s CSI 300 of Shanghai- and Shenzhen-listed stocks edged up 0.2 per cent.

Stock futures for the S&P 500 index in the US were 0.5 per cent higher during Asian trading on Wednesday, while those for London’s FTSE 100 were up 0.7 per cent. Futures trading during these hours is often thin, which can exacerbate volatility.

Investor sentiment has been buoyed by the prospect of a smooth transfer of power in the US after weeks of delays by President Trump after Mr Biden’s election victory earlier this month.

Traders also welcomed news that Mr Biden would likely pick former Federal Reserve chair Janet Yellen as Treasury secretary. That could have positive implications for relations between Washington and Beijing, as well as the likelihood of further economic stimulus measures in the US.

“Yellen has been critical of the tariffs Trump imposed on China, so if her appointment is approved we could see a more collaborative approach to trade issues,” ANZ analysts said in a note. “The markets also expect Yellen to bring in more economic stimulus and to have fiscal and monetary policy working closer together.”

Overnight on Wall Street, the S&P 500 climbed 1.6 per cent to close at an all-time high, while the Dow Jones Industrial Average rose 1.5 per cent to end above 30,000 points for the first time.

Oil prices continued to rise as hopes of an effective Covid-19 vaccine raised the possibility of a return to normality for the global economy and an improvement in demand.

View: RBI’s proposal to allow business houses into banking is fraught with risk for system