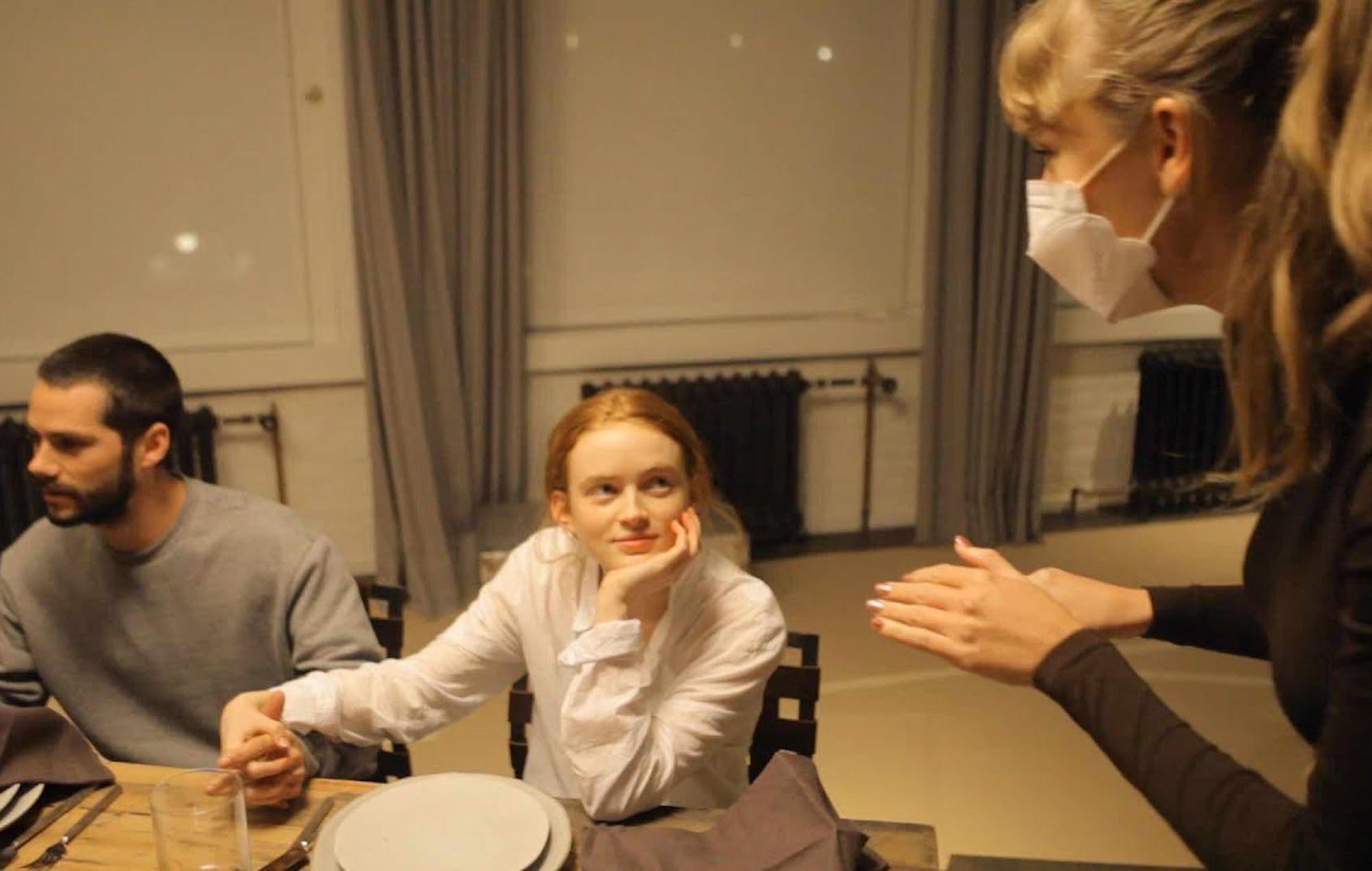 Taylor Swift has shared a behind the scenes look at the creation of her All Too Well short film – check it out below.

Last year, the pop star released the 15-minute film to accompany the release of ‘All Too Well (10 Minute Version) (Taylor’s Version)’, which featured on the re-recorded version of her 2012 album ‘Red’.

All Too Well is directed by Swift and soundtracked by its namesake song, breaking only for a volatile argument between co-stars Sadie Sink (Stranger Things) and Dylan O’Brien (Maze Runner).

Reflecting on the process of making the film in an Instagram post, Swift wrote: “The first seeds of this short film were planted over ten years ago, and I’ll never forget the behind the scenes moments of the shoot. I owe everything to Sadie Sink, Dylan O’Brien, my incredible DP Rina Yang and my producer Saul Germaine.

“I also want to say thank you to our wonderful background actors and crew who made this story come to life so naturally. I loved every second of it and I will always remember it. All. Too. Well. The behind the scenes footage of ATW the short film is out now!”

Watch the BTS video, which sees Swift directing the actors while creating the film, below.

The 15-minute film is split into seven chapters – ‘An Upstate Escape’, ‘The First Cracks In The Glass’, ‘Are You Real?’, ‘The Breaking Point’, ‘The Reeling’, ‘The Remembering’ and ‘Thirteen Years Gone’ – each chronicling a formative period in Sink and O’Brien’s fictionalised relationship.

Swift herself makes a cameo in the film’s epilogue as an adult version of Sink’s character (neither her nor O’Brien are given actual names in the film), speaking at a book reading as her former lover watches from outside.

Elsewhere, Swift was reportedly in talks to partner with FTX – a Bahamas-based cryptocurrency exchange in the midst of bankruptcy – just months before the company collapsed.

As reported by the Financial Times, FTX founder Sam Bankman-Fried had made it to “the late stages of negotiating” with Swift, looking to enlist the singer for a sponsorship campaign tied to an upcoming tour of hers (likely the ‘Eras’ tour that Swift recently announced).

Ticketing for Swift’s ‘Eras’ tour has been controversial itself. When tickets went on sale last month, Ticketmaster was inundated by “historically unprecedented demand”, leading to egregious wait times, website outages, and hyper-inflated prices on resale sites (including Ticketmaster’s own). The ticket sale was subsequently shut down altogether.

The controversy led to US lawmakers calling for an investigation into Ticketmaster, while a Senate-backed antitrust panel has organised a hearing on the lack of competition in the ticketing industry. Swift’s fans have also mounted their own efforts to protest Ticketmaster, with some three dozen of them – who are mostly lawyers – launching an initiative called ‘Vigilante Legal’.

Last week, too, a group of fans filed a lawsuit against Ticketmaster, claiming that the company violated two laws – the California Cartwright Act and the California Unfair Competition Law – during its “verified fan” pre-sale.

Kartik Aaryan opens up on the prep for Freddy; says, “The procedure was actually quite extensive” : Bollywood News