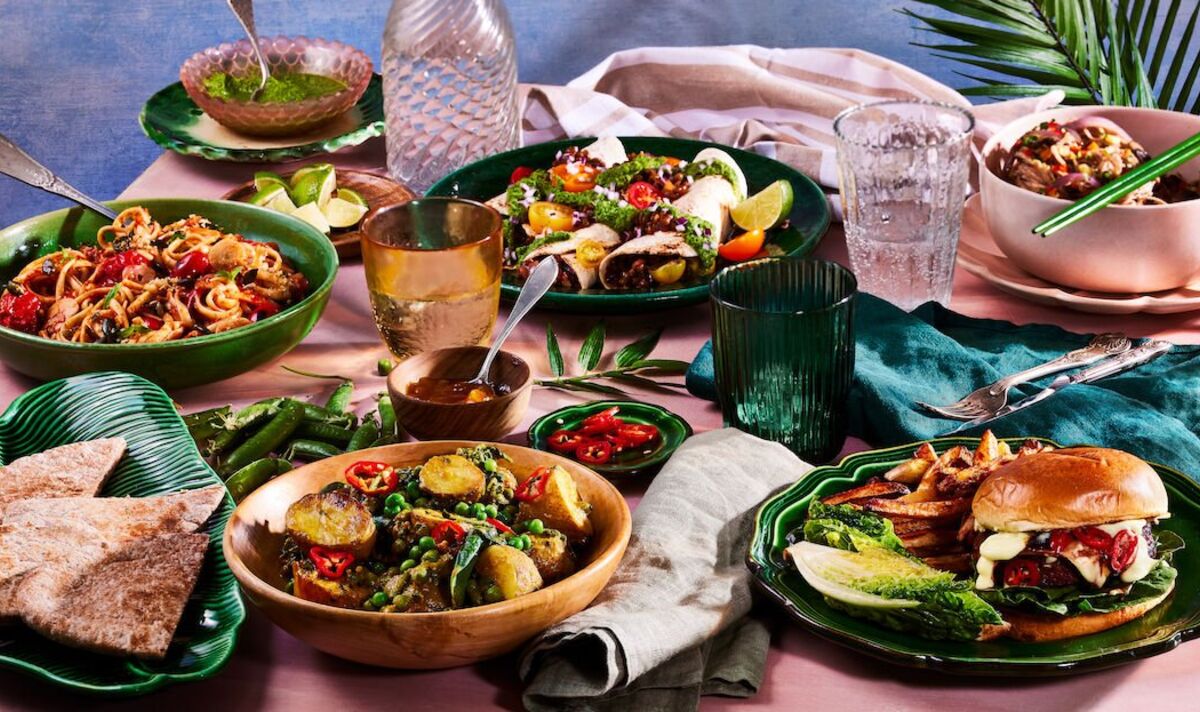 This article contains affiliate links, we may receive a commission on any sales we generate from it. Learn more

If you’re struggling to cook new dishes at home and stuck in a rut or want to eat nutritiously without compromising on taste, the Gousto is the answer to your dilemmas. The recipe box service offers tasty meals from a variety of cuisines that are high in nutrition and easy to cook at home.

You can pick meals to suit every dietary requirement and portions for two to four people.

While you can only order a maximum of four dishes a week, Gousto is a great way to budget your weekly groceries and has super tasty for individuals, couples and families.

With the cost of living rising, food prices have been at the forefront of many households and research from Quotezone showed that groceries are the third highest price increase behind fuel and energy. In addition, 13.8 percent of households said that streamlining grocery prices would be their biggest help right now.

The price increase in supermarkets has resulted in Brits searching to find other areas to buy food.

And that’s when Gousto steps in. Founded in the 2012, its aim is to make cooking nutritious, delicious meals at home easy with recipe box subscriptions. According to research from Gousto, it’s the UK’s best value recipe box offering 75 weekly recipes from as little as £3.14 per serving. And as they offer 65 percent off first orders, this brings meals down to just £1.75 per serving which is on par with most UK ready meals from supermarkets.

Gousto’s recipe choice is very extensive and has everything for every requirement including vegetarian, vegan and more. I’m someone who’s not vegetarian but would like to include more plant-based foods into my diet. However, I struggle with coming up with creative ideas for cooking vegetarian meals. With this in mind, I decided to order from Gousto’s new Carbon-Cutting Cuisine range, which features recipes that have low carbon emissions and are mainly plant-based.

Research from them has shown that 47 percent of Brits are aiming to make sustainable swaps to combat the cost of living and with eating plant-based meals being more better for the wallet and planet, I decided to give it a go.

The box delivered fast on my doorstep and Gousto definitely gets a big thumbs up when it comes to packaging. Unlike other food subscription services, most items come in recyclable packaging and the box is easily divided into ingredients that need to be put in the fridge and ingredients that can be left out. The cold ingredients were kept cool by ice bags so there’s not much to worry about if you were late to storing them. Most other ingredients came in brown paper bags with numbers printed that match the recipes it’s used for. I ordered four recipes with two servings each and everything fit easily into our small fridge and cupboard.

The box is easily divided into ingredients that need to be put in the fridge and can be left out. (Image: Gousto)

Gousto gives new customers a binder on their first box so that they can add their recipes to it and keep it, which is a nice touch as it makes it feel more personal. There were plenty of choices to pick cooking and the variety is definitely a large part of its appeal. Some recipes were variations of things I normally cook like pasta and rice, while others were completely new to me.

The longest recipe took 45 minutes, while the shortest recipe took 20 minutes. However, I found that a good half an hour was the average time needed to make most dishes, and is personally the ideal amount of time I want to spend making food.

Gousto helped me discover creative ways of using ingredients and I appreciated that there was zero wastage when it came to cooking.

A lot of recipes included steps that allowed you to multitask i.e chopping up cabbages while the burger patties cooked in the oven. I found that this allowed the process to speed up, but also required a fair amount of concentration.

While most dishes can be cooked by one person, some recipes required using a fair few bit of utensils. One recipe required me to use my boiling pot, frying pan and oven at the same time. If you’re used to using just one tin to make dishes, this could be an adjustment and also increases the amount of washing up you’d need to do, which may not be ideal for households of four. Furthermore, it can be quite costly to run all appliances at the same time given the rise in energy bills.

The best part was that recipes were creative and easy to follow. For the dishes I had never made before like the Lentil Enchiladas with Roasted Pepper and Cashew Crema, I enjoyed learning how to make new mixtures and it was enjoyable to eat something that was different to my usual rota of recipes.

Plus, I liked that each recipe came with its own playlist as I found it really relaxing to listen to music while cooking and its totally unique to Gousto.

Although taste is subjective to each person, I found the majority of Gousto’s dishes extremely tasty and in particular, loved the Roasted Tomato Linguine with Pine Nut & Seed Pangrattato. As someone who isn’t a vegetarian, I loved the taste of the plant-based meals and didn’t feel the need to eat or add meat into anything. There were times where I found certain dishes included an ingredient that I didn’t feel like it needed like extra nuts. However, those were small details and as a whole, I thought the balance in flavours was great with each meal. 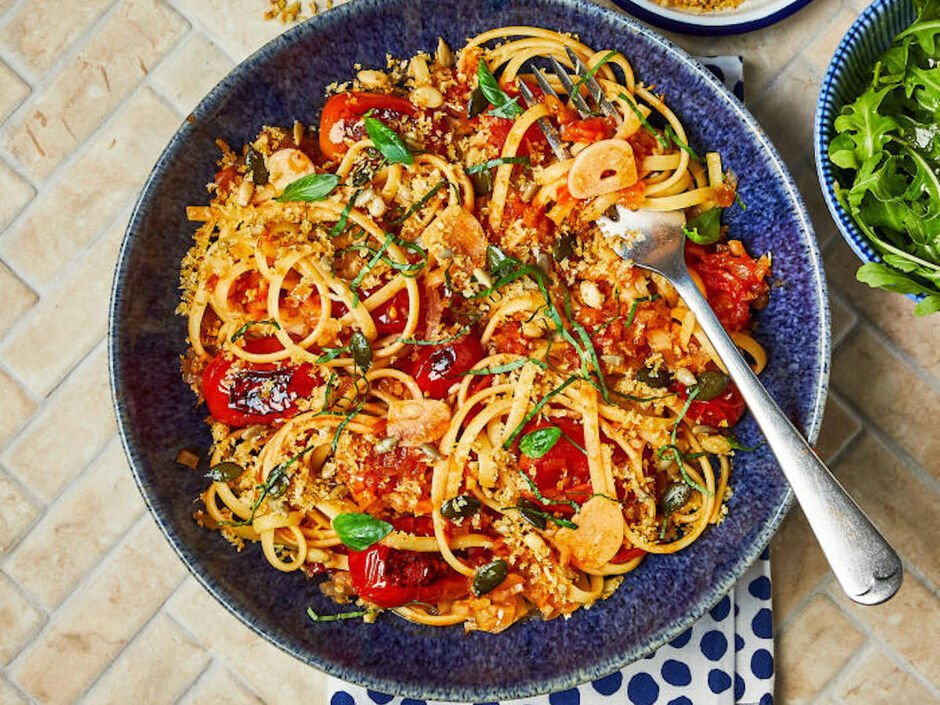 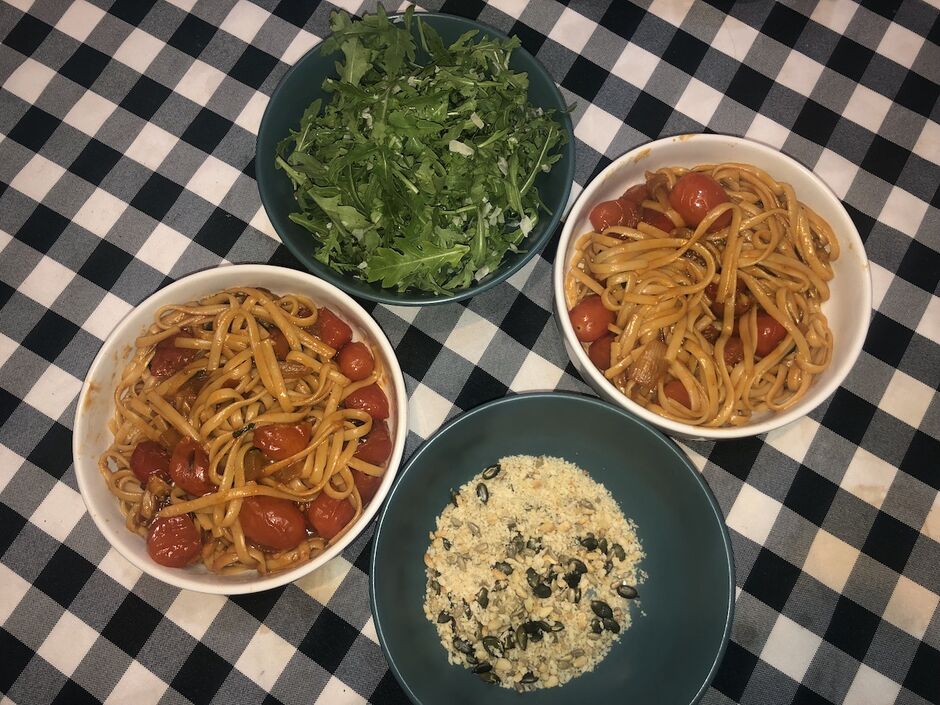 I’m someone who has a big appetite due to having an active lifestyle and I found the portion size spot on for most meals. For my sister who’s less active than me, she found that it was sufficient enough to make her feel full and we also had a few leftovers, which made it feel even better value for money.

One regular box includes a selection of two to four recipes for either two adults or one adult with two children, and is £4.37 per serving.

A large box also includes two to four recipes and includes portions enough for four adults or two adults with a maximum of three children for £3.14 per serving. As mentioned, new customers get a 65 percent discount that brings that down to just £1.10 with free delivery.

This means that for your first week of meals, it is only £17.58 for four people which is very reasonable. Plus, you also get 25 percent off all boxes for two months which means that if you ordered four recipes every week for two months, it would be roughly £312. Split that by four and that’s only £78 each, without the weekly £1.99 delivery.

According to Nimble Fin, the average cost of food per week on groceries shopping is £29 for one person and for families its £308.

Unfortunately, you can only select a maximum of four recipes per week, so it won’t be enough food for a full week at home and it still doesn’t beat the prices of discount supermarkets like ASDA and Aldi. But considering the rise in cost of living, it’s definitely a more affordable solution than buying from certain UK supermarkets.

Gousto is great for flat shares and families as it’s definitely cheaper for four people, but you need to make sure everyone has the same likes and food preferences. Furthermore, Gousto is a great solution to overspending at supermarkets as you have all the ingredients you need and there is no wastage when it comes to dishes.

Overall, I had a great experience cooking and making the Gousto recipes. I loved the variety in recipes, the taste and the fact that it was both nutritious and excellent value for money has made it a definite favourite of mine.

I also thought that it was impressive how sustainable the meals were and just one serving per week a year saves up to 74 kg CO2e, which is the equivalent to driving for 188 miles.

While it’s not exactly cheaper than buying from discount supermarkets, it definitely helps with budgeting for groceries and as prices continue to increase, it’s going to become more imperative than ever to reduce overspending in any area.

With a wide variety of options, high nutritional value and easy-to-make meals, Gousto is going to become a regular fixture in my weekly meals.

Navratri 2022: List of foods to eat and avoid during your fast