Govinda Naam Mera trailer launch: Kiara Advani hands over the ‘golden girl’ tag to Tabu: “Right now, (golden girl) is Tabu ma’am after the SUCCESS of Bhool Bhulaiyaa 2 and Drishyam 2. She has taken over!” : Bollywood News 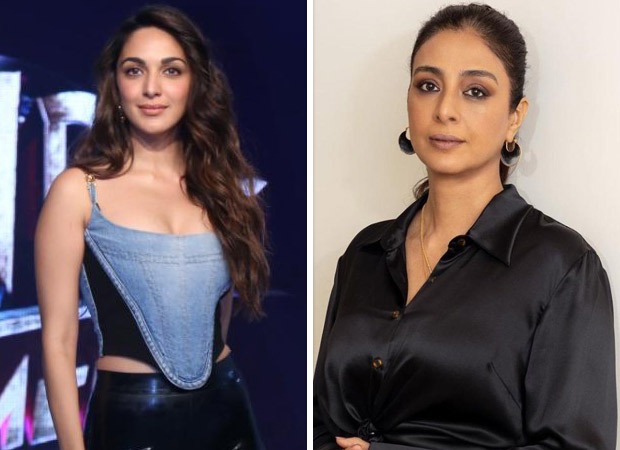 The super success of Drishyam 2 has infused life into the film industry. After back-to-back debacles, the performance of the Ajay Devgn starrer and the fact that it’s all set to cross more than Rs. 50 crore in three days has spread a lot of cheer. Hence, it was not a surprise that the film was mentioned multiple times at the trailer launch of Govinda Naam Mera, held at a five star hotel in Mumbai, on Sunday, November 20.

Govinda Naam Mera trailer launch: Kiara Advani hands over the ‘golden girl’ tag to Tabu: “Right now, (golden girl) is Tabu ma’am after the SUCCESS of Bhool Bhulaiyaa 2 and Drishyam 2. She has taken over!”

The comic thriller stars Kiara Advani and she has had a great run off late thanks to the success of her theatrical releases like Bhool Bhulaiyaa 2 and JugJugg Jeeyo. Her digital films like Laxmii and Shershaah also got tremendous viewership.

At the event, Kiara Advani was asked about being the golden girl of Bollywood. Kiara replied with positivity that the tag does not belong to her anymore. She added that Tabu, her Bhool Bhulaiyaa 2 co-star and also an important actor in Drishyam 2, deserves this tag. Kiara Advani smilingly said, “Right now, (the golden girl of the industry) is Tabu ma’am after the success of Bhool Bhulaiyaa 2 and Drishyam 2. She has taken over!”

And that’s not all. Producer Karan Johar took the example of Drishyam 2 to prove that cinemas are indeed back after the pandemic.

Gaurav Banerjee, Head – Content, Disney+ Hotstar and HSM Entertainment, meanwhile, reminded of the hard times faced by the industry and that good times are here. He stated, “Its exciting to watch a Black Panther: Wakanda Forever to Brahmastra to indeed Ajay Devgn’s film Drishyam 2 this weekend (perform exceptionally well at the cinemas). There’s so much of excitement happening and hopefully, with Govinda Naam Mera, we can add to the joy.”