Govinda Naam Mera trailer launch: Vicky Kaushal opens up on how International Khiladi and Akshay Kumar films inspired him to become an actor 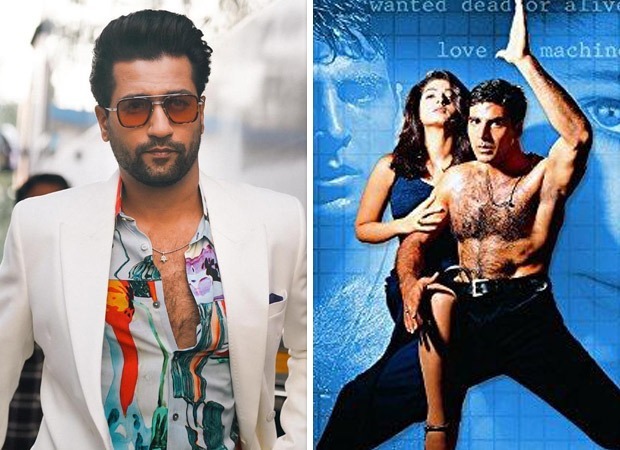 Earlier today, we saw the otherwise intense actor Vicky Kaushal, playing a quintessential commercial Bollywood hero in the forthcoming comic caper Govinda Naam Mera. Dabbling with the genre of dark comedy and peppered with Bollywood commercial elements, the film sees him reunite with two of his former co-stars, Kiara Advani and Bhumi Pednekar where one plays his girlfriend and the other, his wife. The trailer of the film asserted that it is not one of the run-off-the-mill romantic love triangle but a comedy accompanied by a murder mystery and it promises to feature Vicky in a never-seen-before avatar of Govinda Waghmare.

During the trailer launch, talking about how he got the film bug and what inspired him to become an actor, Vicky Kaushal referred to his earlier comment on how he was encouraged by watching films like International Khiladi. When the Masaan actor was asked about his fascination with this Akshay Kumar film, he said, “English films came really late into my life. So, I have grown up to Akshay Kumar, Govinda, and Shah Rukh Khan films. I started to go to theatres at a later stage in my life. My first film was DDLJ (Dilwale Dulhania Le Jayenge). At that point in time, films like International Khiladi, i.e. the Khiladi series would often feature on television. So we were all fans of such films because we grew up watching them.”

“Probably my first germ of wanting to become an actor was seeded by such films. And Govinda Naam Mera is a fragment of the same fabric. It is an ode to such pulpy films where there is murder, comedy, romance, betrayal, suspense, and all of it in one film. I am very grateful to Shashank Khaitan to have come up with this concept where he has kept it contemporary but it is also an ode to the pulpy Bollywood masala films.”

Starring Bhumi Pednekar as the dominating wife, and Kiara Advani as the supportive girlfriend, Govinda Naam Mera traces the journey of a middle-class choreographer who will go to any lengths to save whatever is left of his inheritance including the house he is staying in. The film is slated to release on December 16 on Disney+Hotstar.

Also Read: Govinda Naam Mera trailer launch: Kiara Advani hands over the ‘golden girl’ tag to Tabu: “Right now, (golden girl) is Tabu ma’am after the SUCCESS of Bhool Bhulaiyaa 2 and Drishyam 2. She has taken over!”