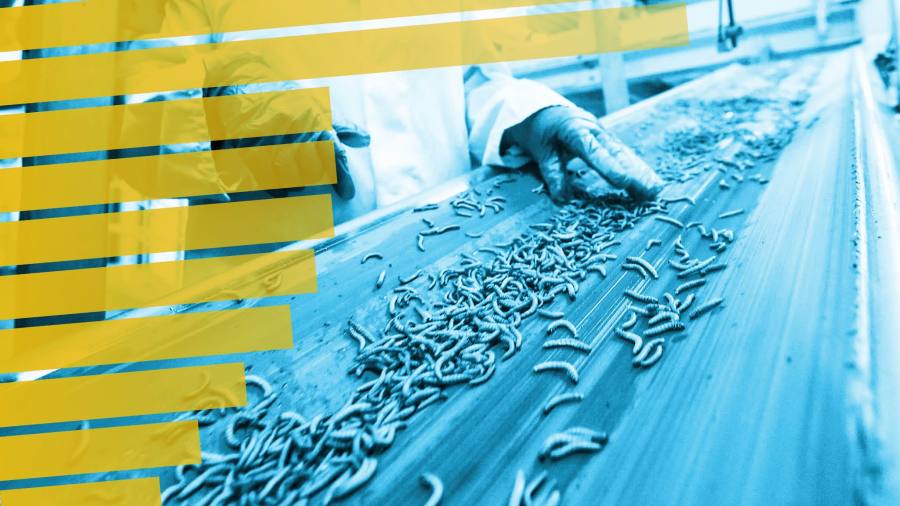 The floor wipes are biodegradable, the cake made with sustainable palm oil, the kitchen cleaner comes in a recycled bottle, the coffee is Rainforest Alliance certified and the toilet paper stamped “forests for all forever”.

The aisles of a local London convenience store tell the story of the green boom taking place in consumer goods. In a fiercely competitive industry, eco-friendly credentials have become key to attracting the attention of consumers worried about the future of the planet.

“This is a trend that will intensify as companies seek to meet evolving consumer expectations on sustainability . . . those that fail to keep up risk losing out,” said Aude Gandon, chief marketing officer at Nestlé, the world’s largest food company.

But the proliferation of this huge range of green and eco-friendly goods has also worried regulators and prompted questions about whether sustainability claims are always truthful or clear to consumers.

Sue Garrard, a former Unilever executive who now works as a sustainability consultant, said: “There are some companies that have been looking seriously at this and are genuinely on a journey to try to do the right thing.

“Then there are a very large number of brands that are scrabbling to try and leverage the opportunity . . . there is a lot of activity but when you poke at it some of it is very superficial and some of the product or packaging claims are actively misleading.”

In the four years to 2019, only 16 per cent of consumer goods products in the US were marketed for their sustainability, yet they accounted for more than half of the sector’s growth, according to research by the NYU Stern Center for Sustainable Business.

The world’s biggest online retailer, Amazon, joined the rush this year with the launch of its Climate Pledge Friendly product label in six countries.

In the UK, consumer spending on goods and services branded as ethical increased almost tenfold in two decades to reach record highs in 2018, far outstripping the general rise in household consumption, according to the Co-operative Group, a UK retailer.

Marc Engel, chief supply chain officer at Unilever, said the rise in sustainable goods was prompted both by consumers who “want brands that have a strong purpose” and by investors.

“Five or 10 years ago, the only question you would get [on sustainability] at an investor conference was: how much is all of this costing? Now we regularly get questions about what we are doing on deforestation, on biodiversity, on social inequality.”

After the Paris climate agreement was reached in 2015, many food and household goods companies set out new environmental goals. Next came a blizzard of PR to communicate these changes to consumers.

A survey conducted in October by the UK’s Public Relations and Communications Association found 69 per cent of respondents had been asked to publicise green, social or governance messages in the past year, including one request relating to low-emissions coffins.

That does not mean all the initiatives are public relations-driven. Decades of work by global companies have brought about genuine improvements in palm oil sourcing, said Ms Garrard. And substantive work is under way to eliminate the plastics that are toughest to recycle, such as PVC and polystyrene, the Ellen Macarthur Foundation said last month.

A new generation of products and consumers

Another factor, said Ms Garrard, is the closing of the “green gap” between consumer intentions and what they buy.

“We’ve had three or four decades of people who were in marketing believing that sustainability doesn’t sell,” she said. “Consumers were saying in research what they thought they ought to say . . . That never translated into actual behaviour.”

One problem was the products, she said. It was sometimes the case that “You had to pay more money for a product that didn’t work as well . . . that’s an insane consumer proposition.”

But a series of rapidly growing start-ups, such as Seventh Generation laundry products and Beyond Meat plant-based foods, changed that, combining green credentials with products that people actually wanted to buy.

At the same time, a generational shift has taken place. The NYU Stern research found that “the younger the household, the more likely they were to buy sustainability-marketed products”.

Multinationals battling with slow growth spotted the opportunity and switched their extensive R&D and marketing machines into gear.

Mr Engel said companies like his own had realised that “you have to think not just about money, but also about convenience and product quality. No one wants to buy a product that is good for the environment but doesn’t get the stains off my clothes.”

As sustainable products have moved into the mainstream, labels and credentials have proliferated. The Canadian group Eco Label Index has counted more than 450 different kitemarks and certification schemes, and that is without including in-house schemes such as the Mondelez “Cocoa Life” programme.

Official kitemarks, such as the EU’s Ecolabel, and organisations such as ISEAL, a membership group for sustainability standards, bring a level of standardisation. But regulators think more needs to be done.

The European Commission has launched a consultation on requiring companies to back up statements about the carbon footprint of their products, while the UK’s Competition and Markets Authority this month began an investigation of products and services making “eco-friendly” assertions.

The CMA said it was “concerned that this surge in demand for green products and services could incentivise some businesses to make misleading, vague or false claims”.

Some popular terms, such as “biodegradable”, lack rigorous, widely accepted definitions, while others can be misleading in certain cases. One example is packaging that is labelled “recyclable” but requires specific local facilities that are not always available.

Ms Garrard also pointed to the growing number of products that claim to be made from recycled “ocean plastic”, even though no system exists to remove plastic waste from the sea at scale, and there are only limited operations to retrieve it from beaches.

John Sauven, executive director of Greenpeace UK, is sceptical about how much of a revolution there has been in sustainable products. “This is a golden age for greenwash,” he said. “Any company that wants to gain the public’s trust and be a genuine green leader needs to put in the hard work first and put up the billboards later.”

Who pays the price of sustainability

Genuine shifts towards sustainability often come at a cost, leaving manufacturers wrestling with the question of who pays.

The NYU Stern research found that most green-labelled goods had a price premium ranging from 3 to 165 per cent. But that has does not mean they are more profitable.

François-Xavier Roger, chief financial officer of Nestlé, told a conference in September that the costs of packaging changes and carbon neutrality were “material”, and added: “Consumers are not going to pay for it.”

“Investors and shareholders are not going to pay for it either,” he said. “What we have to do is really to find efficiencies in our supply chain, efficiencies across the organisation in order to be able to finance it.”

Paula Quazi, co-founder of UK sustainable laundry start-up Smol, said the cardboard packaging it uses costs much more than plastic. “We’ve had to take that margin reduction ourselves . . . we don’t make the sort of margins that big [listed companies] do,” she said.

Mr Engel noted that not all “green” changes are bad for the bottom line: efforts to save energy in Unilever’s operations have generated savings, he said.

The question of cost will loom larger during the economic downturn caused by the pandemic. But the NYU Stern study found that sustainably labelled goods had maintained their market share, at least until mid-June.

“There was lots of discussion as to whether people would cede their interest in sustainability given the pandemic,” said Randi Kronthal-Sacco, who led the research. “But that does not seem to be happening.”

The Cure debut new songs and welcome Perry Bamonte back to…

How JoJo Siwa Knew She Was Gay