Grey areas in the green revolution 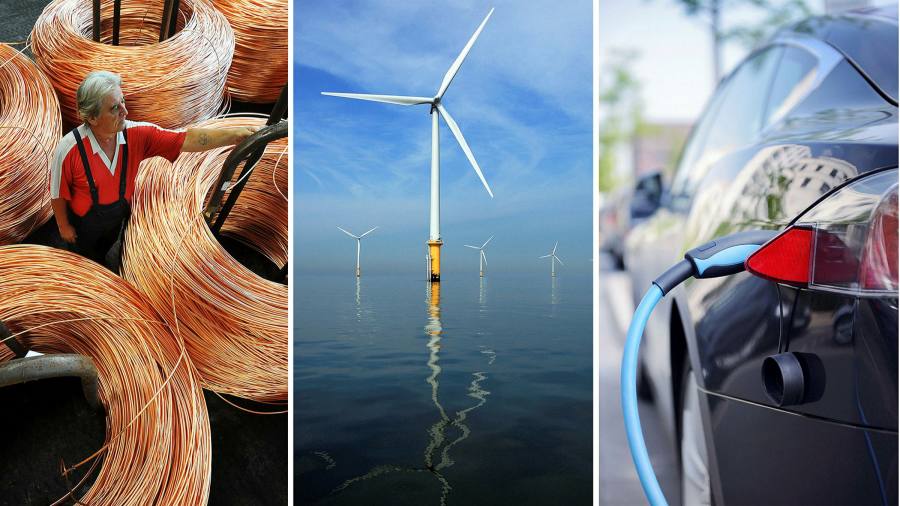 The big investment trend last year was sustainability, which many confuse with virtue.

A growing number of us want to use our savings more positively. We want to make money and at the same time make the world a better place. Last year, many funds with this aspiration did relatively well because the oil price plunged, taking down a big component of global indices. Tech companies, which tend to employ relatively few people and do not have the challenges of pollution that manufacturers face, prospered.

But as money has piled into this part of the market, stocks considered virtuous have shot up in value. Results ahead may leave investors disappointed.

For me, investing sustainably means at least not making the world a worse place. This is harder still if at the same time you want consistently to outperform the global index.

The funds my team run have always had a strong focus on environmental, social and governance (ESG) issues — it is good risk management, for a start. We do not buy gambling, tobacco, munitions or carbon fuel stocks. And we avoid places such as Russia, where the government has a history of appropriating assets.

Though we are sceptical about the efficacy of ESG ratings and do not obsess over trying to tick the myriad boxes required, our funds achieve reasonably high scores. But a couple of recent investments may act as a drag on any claim to sainthood. They highlight some of the challenges of sustainable investing.

The inconvenient and complex truth is that many so-called “positive” investments have a dark side that is too easily overlooked – and, in turn, some “dirty” stocks merit closer consideration.

For instance, our rationale for investing in Freeport-McMoRan, the leading US copper mining company, is that the world appears to be entering a period of government-sponsored economic expansion.

The huge investment in infrastructure — much of it to help us transition to a low-carbon world — will lead to growing demand for copper. Copper has the greatest thermal and electrical conductivity of any non-precious metal, so is a critical component in solar and wind power, for instance. Mining is dirty, but it cannot be avoided if we are to meet targets. We need companies that do it well and responsibly. So in our view the world needs companies like Freeport-McMoRan.

Electric cars are another good example. Pure electric vehicles come in two varieties: battery electric (BEV) and hydrogen fuel cell (HEV). Many governments are announcing dates not far into the future where no petrol-powered vehicles can be sold (including hybrids), thus requiring drivers to buy BEVs, the only electric vehicle currently in mass production.

There are a few problems here, starting with the overall pollution of making BEVs. The battery stack in a BEV needs changing completely every few years as the cells degrade. What do you do with the dead batteries? The carbon footprint of a BEV is also dependent on how the electricity to power it is produced. In a country like Germany, which still burns a lot of coal, the carbon footprint of a BEV fleet could be high.

In Japan there are doubts that the grid has sufficient capacity to deal with the whole petrol vehicle fleet switching to BEVs on the timescales desired by politicians — and that must be the same in many countries. Indeed, recent low wind speeds in the UK have led electricity prices to rocket and the nuclear plants to run flat out to make up supply. Cheerleaders for renewables prefer to ignore the nuclear waste implications. And let’s not discuss how broken wind farm blades go into landfill.

By contrast, hydrogen fuel cell vehicles do not require batteries and their emission is steam. Most hydrogen is currently made from fossil fuels. When the carbon dioxide emissions are captured this is called “blue hydrogen”. However, in recent years wind farms and other producers of renewables have started producing hydrogen directly — so-called “green hydrogen”. This also helps renewable systems become more efficient, as hydrogen production can be reduced when electricity demand is high.

The hydrogen can then be shipped wherever it is most needed through liquidised gas supply chains, similar to those built for liquified natural gas. It can also be stored and used to supplement periods of low wind and solar generation — though doing this at scale may require vast storage capacity.

Hydrogen needs to be stored under high pressure. It contains much more energy per unit of mass than petrol – 120MJ/kg vs 44MJ/kg — but much less per unit of volume (8MJ/L vs 32 MJ/L).

This has led many to believe it is best suited as a fuel source for trucks and trains. However, Toyota recently launched the world’s first hydrogen sedan car, the Mirai, which has three fuel tanks that take less than five minutes to fill, giving a range of over 300 miles.

Toyota says governments have been foolish in announcing dates to phase out petrol cars when the full array of new technologies is not yet developed. Staying with hybrids while hydrogen vehicle development matures would allow a broader range of transport solutions more suitable for a variety of vehicles and requirements.

Much has been made of how Tesla has captured the electric vehicle market. With an MSCI ESG rating of A, Tesla is valued at about $795bn. Last year it sold around 500,000 cars and made £31bn of sales – about $72,000 a car (which is beyond most people’s budgets).

If the company can make a massive 15 per cent net margin, this means the present valuation represents about 135 years of current cash profits. Of course, Tesla plans to sell many more cars than this in future, but the market is growing more competitive, with even Apple now plotting its entry.

Toyota is a company few “ESG” funds would own because it makes petrol cars, thereby bringing its MSCI ESG rating down to BBB. Yet it may prove to be the world leader in the environmentally preferable solution. Toyota has a valuation of $250bn and makes 10m cars a year. At its normal net margin of about 7 per cent, the valuation represents around 20 years of cash profits.

Equity investing is a hazardous business — morally and financially. The recent focus on ESG products and ratings may hurt some important companies and inspire a level of confidence in some stocks that is unjustified given current uncertainties. It’s worth remembering the words of Paul Valéry: “The trouble with our times is that the future is not what it used to be.”