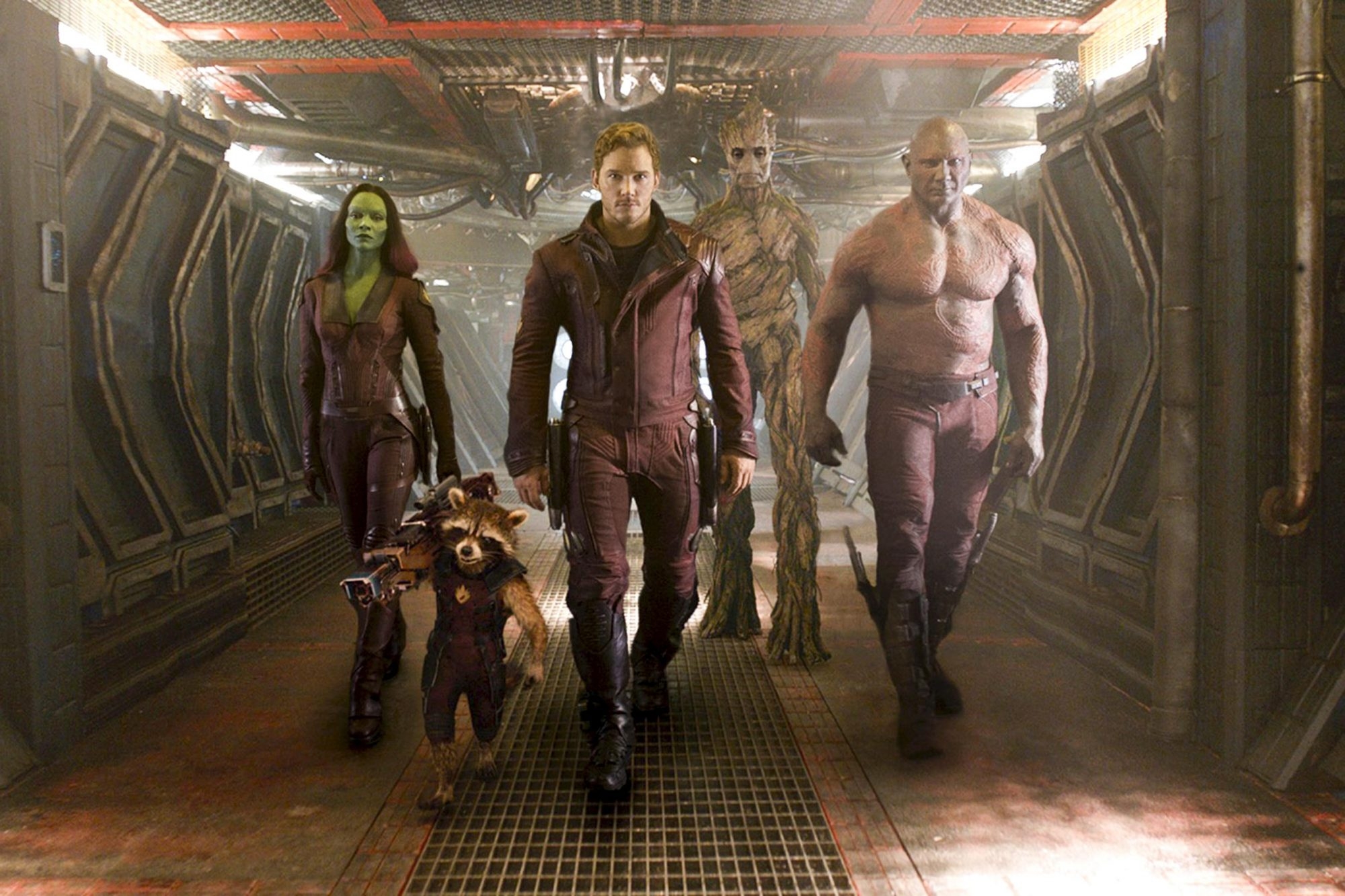 1. The Guardians of the Galaxy Holiday Special
Special
On a mission to make Christmas unforgettable for Star-Lord (Chris Pratt), the Guardians head to Earth in search of the perfect present: Kevin Bacon.
When: Friday on Disney+

2. Welcome to Chippendales
Debut
Tells the outrageous story of Somen “Steve” Banerjee (Kumail Nanjiani), an Indian immigrant who became the unlikely founder of the world’s most notorious male-stripping empire.
When: Tuesday on Disney+

4. Echo 3
Debut
When a scientist (Jessica Ann Collins) goes missing along the Colombia-Venezuela border, her brother (Luke Evans) and her husband (Michiel Huisman) — two men with deep military experience and complicated pasts — embark on a mission to find her. Created by two-time Oscar winner Mark Boal.
When: Wednesday on Apple TV+

5. A Royal Corgi Christmas
Movie
Sparks fly between a crown prince (Jordan Renzo) and a dog behaviour expert (Hunter King) as they work together to train a rambunctious corgi during the holidays.
When: Friday on W Network

7. The Hip Hop Nutcracker
Special
RUN DMC’s Rev Run brings us along for a hip-hop reimagining of The Nutcracker ballet.
When: Friday on Disney+

8. Elton John Live: Farewell From Dodger Stadium
Special
Elton John takes to the stage during his final North American performance with Los Angeles’ iconic Dodger Stadium paying tribute to him and his legendary career.
When: Sunday on Disney+

9. Good Night Oppy
Documentary
Charts the remarkable true story of Opportunity, a NASA exploration rover that was sent to Mars for a 90-day mission, but ended up surviving for 15 years.
When: Wednesday on Prime Video

10. Christmas at the Golden Dragon
Movie
When a beloved Chinese eatery announces its closing right before Christmas, two siblings (Kara Wang and Osric Chau) find themselves reevaluating their lives alongside the restaurant’s loyal patrons.
When: Sunday on W Network

11. The Noel Diary
Movie
Cleaning out his childhood home at Christmas, a novelist (Justin Hartley) finds a diary that holds secrets to his past and that of an intriguing young woman (Barrett Doss) on a mission of her own.
When: Thursday on Netflix

13. Bermuda Triangle: Into Cursed Waters
Debut
Mike Barnette and a team of investigators attempt to solve the mysteries of the many ships and planes that have gone missing in the Bermuda Triangle.
When: Tuesday on History Channel

14. Below Deck
Season 10 Premiere
Capt. Kerry Titheradge tasks his team to curate the ultimate experience for their guests as they enjoy thrill-inducing adventures in the cold waters of Norway.
When: Monday on National Geographic

15. Blood, Sex & Royalty
Debut
The modern take on British royal drama offers a window into the lives of history’s deadliest, sexiest and most iconic monarchs.
When: Wednesday on Netflix

16. 109th Grey Cup
Sports
The Winnipeg Blue Bombers and the Toronto Argonauts take to the field at Saskatchewan’s Mosaic Stadium with a halftime performance from Jordan Davis, Tyler Hubbard of Florida Georgia Line, and Canada’s own Josh Ross.
When: Sunday on TSN

17. The Good Doctor
New Episode
Shaun (Freddie Highmore) and Lea (Paige Spara) face their own hurdles as they discuss starting a family.
When: Monday on ABC, CTV

18. The Curse of Oak Island
Season 10 Premiere
Brothers Rick and Marty Lagina, along with their team, return to make the most strategic effort ever attempted to solve the 227-year-old Oak Island mystery and pinpoint the exact location of a possible lost treasure.
When: Sunday on History Channel