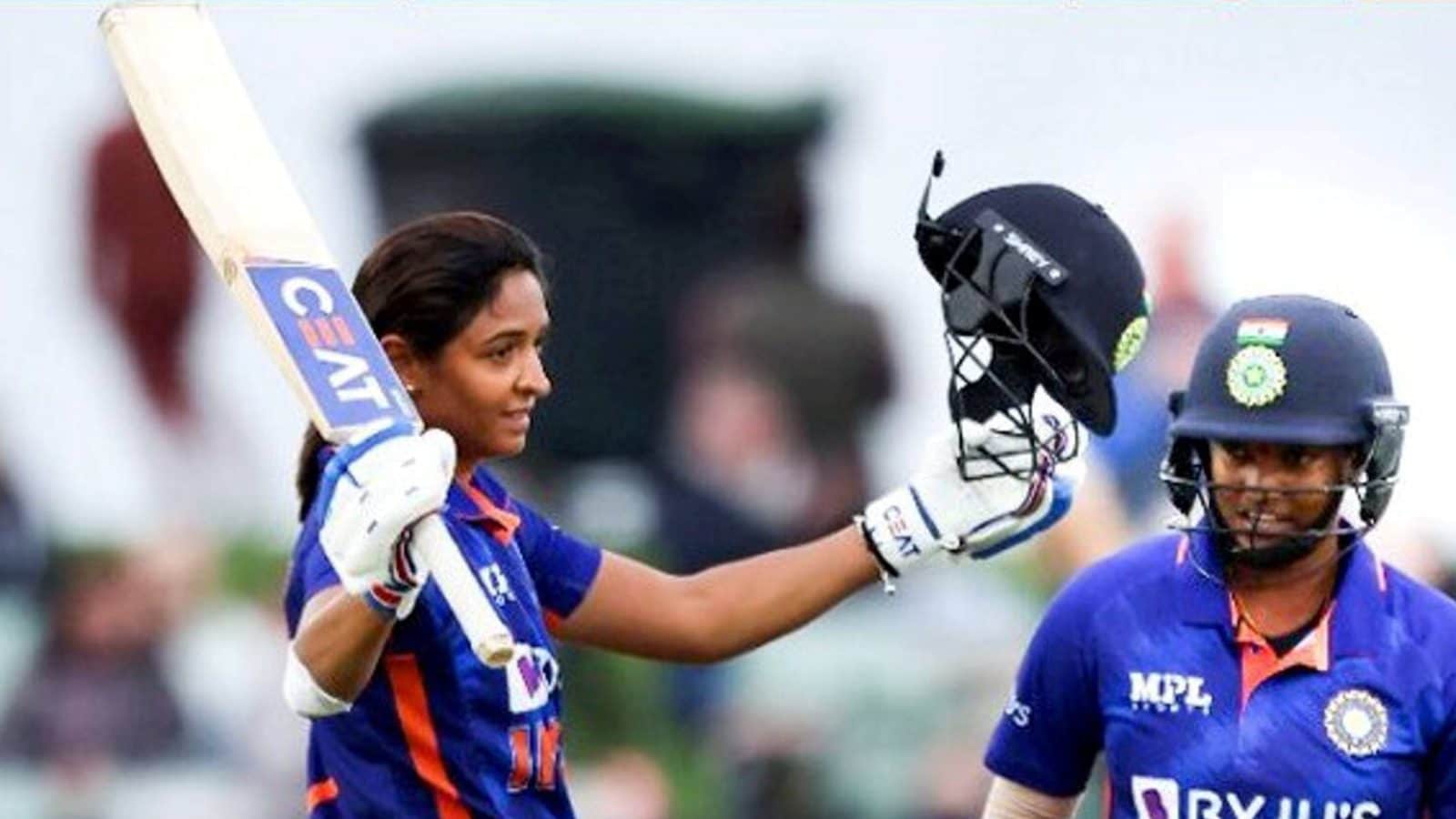 Skipper Harmanpreet Kaur smashed a scintillating unbeaten ton to power India to a comprehensive 88-run win in the second ODI, that sealed country’s first series win against England since 1999.

A vintage Harmanpreet rekindled the memories of 2017 World Cup with a magnificent 143 not out which came off just 111 balls as India put on board a mammoth 333 for 5.

Also Read: Why Jasprit Bumrah Didn’t Play in The Series Opener And Will he be Part of Nagpur T20I?

Danni Wyatt’s 58-ball 65 was the lone bright spot, in an otherwise, dismal show by England batters.

The last time Indian women won an ODI series in England was in 1999 when they triumphed 2-1.

Chasing the imposing total, what England needed was a brisk start, but Renuka denied them by dismissing two top-order batter in Emma Lamb (15) and Sophia Dunkley (1).

Tammy Beaumont (6) was run out as the hosts were reduced to 47 for 3 by the end of the eighth over.

Alice Capsey (39) and Wyatt stitched 55 runs for the fourth wicket and then Wyatt shared another 65 runs with skipper Amy Jones (39) before the England’s chase fell apart with Renuka cleaning up Wyatt in the 30th over.

Towards the end, Charlie Dean (37) and Kate Cross (14) tried their best but the asking was too tall as India recorded a magnificent win.

Also Read: ‘Rohit Sharma is Looking to do a Little Bit More And Getting Out’

Sent into bat, Harmanpreet smashed 18 fours and four sixes en route her 111-ball knock and also enjoyed a fine 112-run stand for the fourth wicket with Harleen Deol (58 off 72 balls).

She also added 50 with Pooja Vastrakar (18) and another 71 runs in four overs with Deepti Sharma (15 not out) for the unbroken sixth wicket stand.

However, it was in the last three overs in which Harmanpreet literally took the game away from England’s grasp as the 334-run target in a WODI always looked improbable even though the pitch being a batting belter.

In the last three overs, the Indian team scored 62 runs, courtesy its skipper, who was in imperious touch while reaching her fifth hundred in WODIs.

The innings had Harmanpreet’s trademark slog sweeps over cow corner which fetched him a couple of sixes while there were disdainful sixes over cover region.

With the pitch offering little help for bowlers, hitting through the line was very easy and England’s bowling attack did suffer a bit with only off-spinner Charlie Dean (1/39) ending with respectable figures.

The worst sufferer was debutant left-arm seamer Freya Kemp, who did decently till the end of her seventh over in which she had conceded only 28 runs.

Such was Harmanpreet’s dominance that Deepti Sharma, who still holds the individual record (188) by an Indian batter in WODIs, was more of a spectator during their sixth wicket stand.

Denial of responsibility! Pedfire is an automatic aggregator of the all world’s media. In each content, the hyperlink to the primary source is specified. All trademarks belong to their rightful owners, all materials to their authors. If you are the owner of the content and do not want us to publish your materials, please contact us by email – [email protected]. The content will be deleted within 24 hours.
cricket newsHarmanpreet KaurIndia women cricket teamlatest cricket newsLatest Sports Newsrenuka singhsports news
0
Share