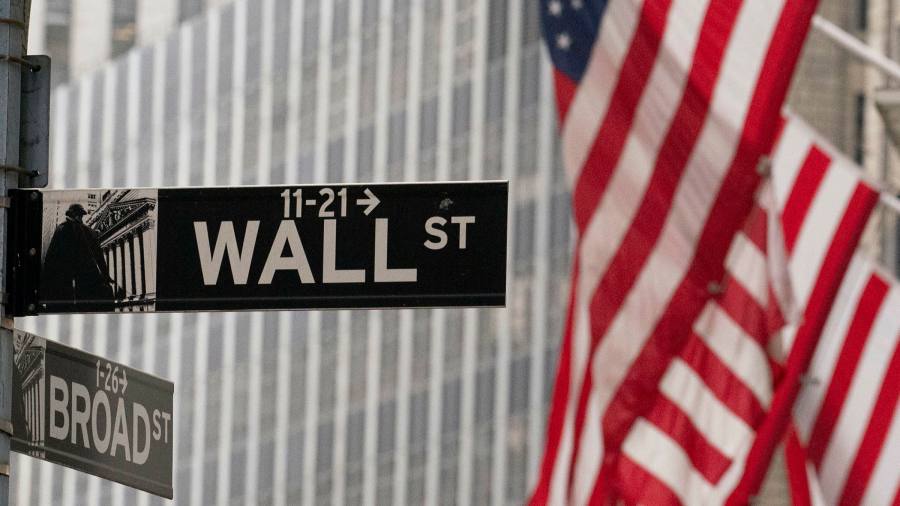 Global policymakers are examining the role hedge funds played in the mayhem that enveloped the $20tn US Treasury market in March, warning that the Federal Reserve’s intervention could fuel more aggressive trading.

A report from the Financial Stability Board prepared ahead of this weekend’s G20 leaders summit underscores how central banks and regulators remain deeply uneasy over the turmoil this spring in one of the world’s most important financial markets.

One of the main aspects highlighted was the US Treasury market turbulence in March, which some investors and analysts say threatened to spiral into a financial crisis until the Fed intervened aggressively.

US government debt is a bedrock of the financial system, thanks to its safety, ease of trading and the dollar’s reserve currency status. But in March, Treasuries were hit with a wave of selling that the banks that lubricate trading were unable to cushion, causing a series of dislocations that could have snowballed without the Fed’s actions, according to the FSB.

Although foreign investors — primarily central banks — were among the biggest sellers, ditching almost $300bn of Treasury bonds and bills in March, the market’s “dysfunction” was “exacerbated” by the unwinding of a popular hedge fund trade that takes advantage of the difference between the prices of Treasury bonds and futures, which led to another $90bn of US government debt being dumped, according to the FSB.

“Large-scale unwinding of these trades . . . was likely one of the contributors to a short period of extreme illiquidity in government bond markets,” the FSB said in the report published on Tuesday morning.

The price differences between Treasury bonds and matching futures — derivatives that let traders speculate on or hedge exposure to US government debt — is usually tiny. However, hedge funds borrow large amounts to turn these modest discrepancies into relatively stable and profitable trades.

This “basis trade” came undone in March, when swaths of the bond market seized up and many global investors became desperate to raise cash in a hurry, forcing them to ditch Treasuries.

The fire sale caused the normally tiny differences between Treasury bonds and futures to balloon dramatically. That left hedge funds nursing losses, spurred banks to limit how much leverage they could take, and compelled many to ratchet back their Treasury basis trades.

The Managed Fund Association, a lobbying body for the hedge fund industry, argued on Tuesday that its members were not the primary driver of the turbulence, given that their sales were dwarfed by those of foreign investors.

“MFA looks forward to supporting policymakers with data and analysis as they continue to review the March turmoil and look for ways to strengthen financial market resilience,” Michael Pedroni, head of international affairs at the MFA, said in the statement.

However, some analysts say that without Fed intervention, the basis trade unwinding would likely have escalated significantly, with some arguing it could even have imperilled the US government’s ability to fund itself at a pivotal time.

Commodity Futures Trading Commission data indicate that hedge funds held $750bn of gross positions in US Treasury futures at the start of the year, which analysts say is a good proxy for the size of the basis trade. Moreover, a chunk of the $300bn of foreign investor selling came from institutions based in the Cayman Islands, a favoured hedge fund domicile.

To quell the turmoil, the Fed injected trillions of dollars into the repo market, one the primary hubs for short-term lending, and committed to buying an unlimited quantity of Treasury securities, among other measures.

The FSB’s report lauded the “speedy, sizeable and sweeping” intervention. However, it noted that the financial system remained vulnerable to a repeat, as the “underlying structures and mechanisms that gave rise to the turmoil are still in place”, and highlighted possible downsides to the central bank’s response.

“Aggressive policy actions may have changed private sector expectations of central bank actions in the future,” the report said. “This could lead to moral hazard issues in the future, to the extent that markets do not fully internalise their own liquidity risk in anticipation of future central bank interventions in times of stress.”

The FSB argued that the March turbulence underscored the importance of also strengthening the resilience of the non-bank parts of the financial system, after the primary focus after 2008 had been on buttressing the traditional banking industry.

In addition to probing the role of “leveraged investors”, the FSB said it would focus on areas including money market funds; whether regulations constrained banks from ensuring orderly markets; margin call practices; and liquidity risks in traditional investment funds.

“The challenges posed by the ‘Covid event’ have by no means dissipated yet and we are just starting to draw the necessary lessons,” Randal Quarles, the Fed’s vice-chair in charge of financial supervision and chair of the FSB, said in a letter accompanying the report.

Can’t respond till I know context: Khurshid on his name ‘finding mention’ in accused’s statements in chopper deal case