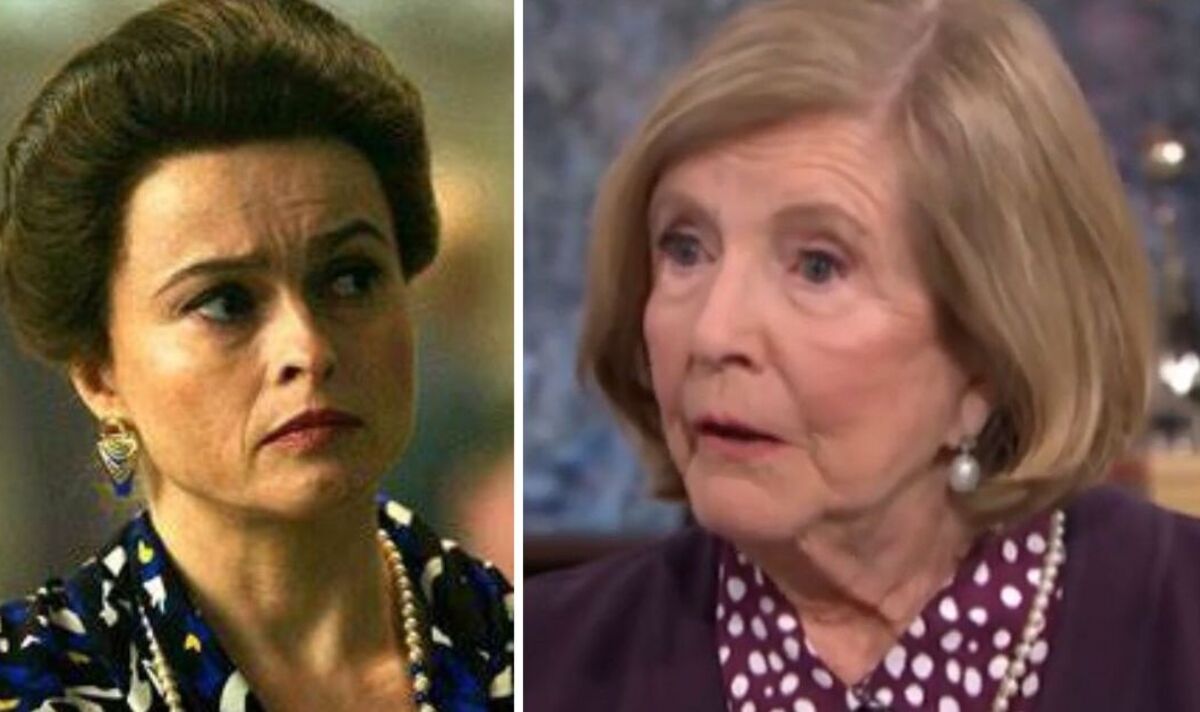 Lady Glenconner joined This Morning presenter Phillip Schofield and Holly Willoughby on Monday morning to discuss her latest book, “Whatever Next”. It comes after her first book, Lady in Waiting revealed the “truth” about Princess Margaret and their friendship over the years. Lady Glenconner also touched on the hit Netflix series The Crown, in which she and Princess Marget’s friendship was portrayed, claiming the streaming giant “embroidered” the storyline.

Introducing her to the show, Phillip dived in: “The latest series of The Crown has received plenty of criticism for its portrayal of the British royal family but is it that any surprise, considering few of us truly know what they are really like once the palace gates are closed.”

Holly continued: “Well correcting an unfair portrait of her longtime friend, Princess Margaret, was Lady Glenconner’s aim in her first book, documenting her friendship with the Queen’s sister.

“Now she has written a second insight into what it is like to have a personal relationship with the Royal Family and it is called Whatever Next.”

Phillip said: “So, Lady Glenconner is here now, thank you for coming in! You felt that your friend had been misrepresented, that is was cruel.”

Lady Glenconner admitted: “I was so angry, having a book written about Princess Margaret, that was so untrue and I just wanted to put the record straight.

“I mean she was such an amazing friend to me and so I wrote Lady In Waiting which was amazing, I was 87 when I first wrote it and I have letters from everywhere.

“A lot of them said we weren’t sure about princess Margaret and all that and because of your book we see her in a completely different light.”

Holly went on: “Talking about The Crown, you yourself were portrayed in the show.”

Phillip touched on the actress who portrayed Princess Margaret and asked: “Well Helena Bonham Carter played Margaret, Nancy Carroll played you, did Helena come round to you?”

“Oh yes she did,” Lady Glenconner revealed. “I was a friend of hers anyway and she came and wanted to know how Princess Margaret smoked, how she walked, all those sorts of things.

“Did you say that to her?” Phillip pried. Lady Glenconner said: “Yeah afterwards, I said to her ‘Well a bit disappointing wasn’t it?

“And she said ‘Yes but I am an actress I have to do what is written’.”

The biggest focus of season five is Princess Diana (played by Elizabeth Debicki) and Prince Charles’ (Dominic West) divorce and the last several years of their ailing marriage.

Discussing the challenges of the new season, Elizabeth told Radio Times: “The challenges were plentiful. The entire making of the show was a challenge, but one that was actually really enriching.

“This show presented an opportunity to constantly re-confront the challenge. In the end, I really loved that and I learned so much.”

This Morning airs weekdays from 10am on ITV.