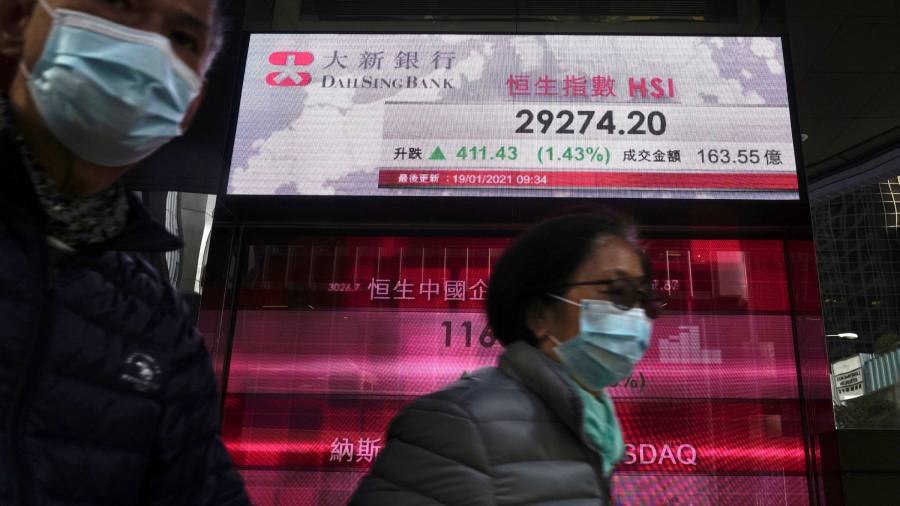 Visit our ETF Hub for investor news and education, market updates and analysis and easy-to-use tools to help you select the right ETFs.

State Street announced last week that its Tracker Fund of Hong Kong would continue investing in blacklisted Chinese companies, just two days after it had announced it would not, prompting widespread criticism including from the Hong Kong Monetary Authority.

The Boston-based company, which had attracted criticism and calls to remove it as the Tracker Fund’s manager, said in a disclosure to the local stock exchange that it had decided to change tack and resume investing in the blacklisted companies in order to meet the fund’s objective to “closely correspond” to the Hang Seng index. It had previously warned that investors might see significant a tracking error.

Its moves have prompted a barrage of criticism.

“Although [State Street] did not cause substantial impact on investors of the Tracker Fund, they have created unnecessary market uncertainties,” an HKMA spokesperson said in a statement to Ignites Asia.

The HKMA said that since State Street’s original decision, it had been “in close contact and communication” with the manager and the Tracker Fund’s supervisory committee, a six-person board including executives and academics.

Chan Kalok, a finance professor at the Chinese University of Hong Kong and a member of the supervisory committee, told local media outlet Ming Pao last week that State Street had made a “hasty” decision in originally deciding to exclude the Chinese companies in the US sanctions list.

In response to Ignites Asia’s inquiries, Mr Chan said the committee had been in close contact with the fund house, but declined to elaborate on details of their discussions.

The supervisory committee said in a statement after State Street’s reversal that it would “continue to monitor the situation” and “ensure” the manager would continue to manage the Tracker Fund “with a view to safeguarding unit holders’ interests”.

The criticism from the HKMA comes after Joseph Yam Chi-kwong, former chief executive of the HKMA, commented that State Street’s inability to properly track the Hang Seng index would mean it would no longer be “fit for duty” to act as the Tracker Fund’s manager.

The HKMA was not the only one voicing continued criticism of State Street.

Even after State Street’s reversal, David Webb, a well-known activist investor in Hong Kong, continued to call on the supervisory committee to remove State Street and replace it with a non-US entity, and questioned the lack of a full explanation from the fund house.

“We appreciate the significant public interest given the importance of TraHK to the Hong Kong markets and hope that the resumption [of investing in the blacklisted companies] confirms our commitment to track the Hang Seng index for TraHK as we have done for the past 21 years,” State Street said in a statement.

The Tracker Fund’s case, however, appeared to be an exception to how State Street is dealing with the Chinese companies in the US sanctions list across its product ranges.

In a separate announcement on January 13, State Street said it “has divested, or is seeking to divest from holdings” in securities in any blacklisted companies as of January 8 in “any investment account or pooled vehicle we manage, including ETFs other than the Tracker Fund of Hong Kong (TraHK), in accordance with the Executive Order and published guidance”.

Despite the furore around its decisions over the Hong Kong Tracker Fund, its reversal could put State Street in a better position while it tries to navigate the political tensions, said an executive working in the ETF industry in Hong Kong.

It might be able to negotiate with the US government to make an exemption considering the unusual history of the Tracker Fund which has more than $1bn in assets under management.

Established 21 years ago by the Hong Kong government as a means to dispose of a substantial amount of shares it had acquired during the Asian financial crisis, the Tracker Fund is also the city’s largest vehicle for pension savings and manages money from close to 200,000 retail investors.

“Tracker Fund is so special from a political standpoint that it will also give State Street certain bargaining power with the US government,” the executive said.

“Will they change their mind a second time, like the New York Stock Exchange did when it delisted the stocks? Wait and see,” Mr Webb wrote.

*Ignites Asia is a news service published by FT Specialist for professionals working in the asset management industry. It covers everything from new product launches to regulations and industry trends. Trials and subscriptions are available at ignitesasia.com.

In his final hours of office, President Trump is expected to pardon former adviser Bannon

China bought most iron ore from Australia, Brazil in 2020, but imports from India up nearly 90%