How America’s biggest coal producer will tackle the energy transition 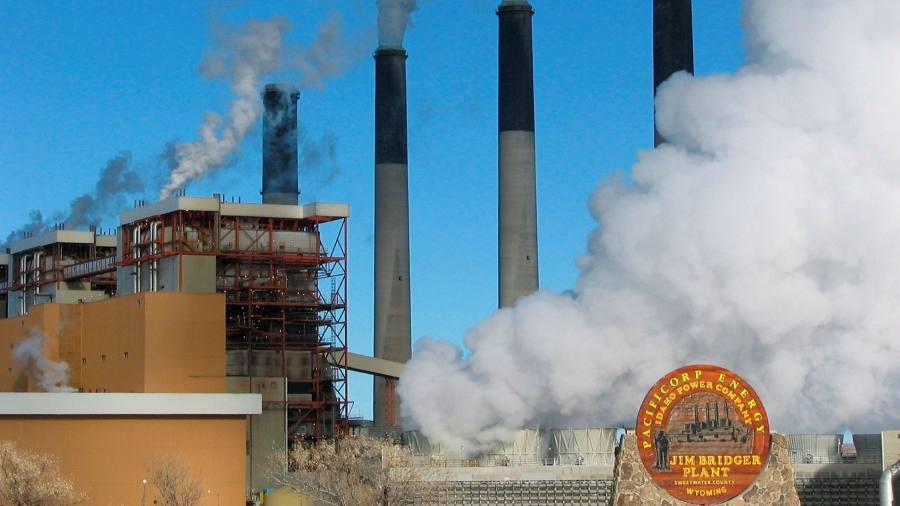 This article is an on-site version of our Energy Source newsletter. Sign up here to get the newsletter sent straight to your inbox every Tuesday and Thursday.

One thing to start: The governor of Wyoming told the FT that the Biden administration’s limits on new oil and gas drilling on federal land will push investment abroad.

Welcome to another edition of Energy Source.

Our first item today is a dispatch from Wyoming, the US state that produces the most coal, where the local economy is being upended by the energy transition. Derek Brower — who has spent the past two weeks on the road, taking the temperature of energy producers from Bismarck, North Dakota, to Houston, Texas — spoke to some key players about the fallout, as well as the opportunity that lies ahead as Wyoming faces up to the realities of net zero.

In our second item, Justin Jacobs asks whether improved commodity prices can coax banks back into fossil fuel lending in the face of rising pressure to steer clear.

We’re experimenting with sending this email one hour later than we have previously because we think it will better suit our readers. Are you happy with the change? Please keep the feedback coming by emailing us at [email protected]. — Myles

Travelling through Wyoming is an education in the US’s fast-shifting energy landscape.

Colossal coal mines are visible from the road near the city of Gillette. Pump-jacks producing oil and gas dot the horizon across the Powder River Basin. Wind farms stand atop ridges west of Cheyenne, the state capital.

Beneath the surface, the state’s energy mix is in a state of flux: coal production is falling steeply; oil output has not recovered yet from last year’s hit; and clean energy installations are growing.

This has put Wyoming’s governor, Mark Gordon, on the defensive about the coal, oil and gas industries. This was clear in our recent interview, in which he hit out at the Biden administration’s moratorium on new oil and gas leasing.

Little wonder: coal, oil and gas combined account for about half of the income that goes into Wyoming’s budget, according to the state’s energy planning body, the Wyoming Energy Authority (WEA).

Despite the mood in Washington, growing international pressure to strengthen climate rules, and Wall Street’s focus on environmentally friendly investment, Gordon is trying to turn back the anti-coal tide.

The state legislature, for example, has set aside more than $1m to pay for lawsuits against other states that cause shutdowns of coal plants in Wyoming.

While he defends coal, Gordon has entrusted the WEA to develop a long-term strategy for the state, including the governor’s ambition for net-zero emissions by 2050.

The WEA says an “all-of-the-above” energy strategy is best for Wyoming, including coal with carbon capture. But Glen Murrell, head of WEA, was clear that the needle would be difficult to thread.

“It’s a trend, it’s not a one-off thing,” he told me in Cheyenne last week, referring to the shift away from coal. “We can’t bury our head in the sand and pretend it is going to go away.”

Carbon capture and storage (CCS) is shaping up to be Wyoming’s key to reaching net zero.

The net-zero target would also include scope 3 emissions — from the burning of the coal by Wyoming’s customers — Murrell said. The state would “embrace our colleagues” — power generators — as they rolled out carbon capture and storage (CCS), he said. And it could be done within five years, according to Murrell, if the federal government were serious.

Hydrogen production alongside CCS would also be part of the mix, he added. But Wyoming was not backing a carbon price — essential to developing such technologies, according to some proponents including ExxonMobil.

Despite its own growing wind power sector, the nation’s biggest coal-producing state has a fundamentally different attitude to the energy transition, involving a much less radical switch away from fossil fuels than most climate advocates seek.

Others in the state are less sure — and aren’t waiting for technological breakthroughs such as cheaper CCS or hydrogen to square the circle. Renewables are ready to go now, they argue.

Atop a ridge in the Sierra Madre range last week, Bill Miller, an oilman and rancher by background who as president of Power Company of Wyoming is now developing one of the largest onshore wind projects in the US, was blunt.

As climate pressure increases on lenders and the future of oil and gas demand, and prices, looks increasingly fraught, fossil fuel producers face the possibility of financial taps drying up.

The first quarter of this year saw the US energy sector’s biggest bank lenders continue to cut their exposure to the sector.

Every bank that reported more than $1bn in exposure to the energy sector saw their loan balances stay flat or fall compared to the fourth quarter, some sharply, according to data from S&P Global Market Intelligence.

For now this seems to be largely down to where the industry is in the recovery cycle.

The pandemic-driven downturn, which pushed crude prices to ultra-low levels, decimated the sector’s finances, sending scores of oil and gas producers and their service providers into bankruptcy, and in effect locked the sector out of capital markets. Debt soared.

But bank executives say the recent rise in oil prices, and US energy companies’ focus on repairing the financial damage, not piling on new debt, is helping drive loan balances lower.

Stacy Kymes, chief operating officer at BOK Financial, the sector’s third-largest lender, told analysts on a recent call that higher commodity prices led to faster-than-expected debt reductions “because those borrowers weren’t using that cash flow for capex, they were using that to continue to pay down” loans.

In past oil price recoveries, lenders have been quick to rebuild their typically lucrative energy loan portfolios as industry investment picked up steam.

But that is in doubt this time. Over the past year, banks have come under increasing pressure to cut their exposure to high-carbon businesses amid rising regulatory pressure and an uncertain long-term outlook for oil.

Bank of America and Wells Fargo, by far the US energy sector’s two largest bank lenders, according to the S&P data, have set targets for their financing portfolios to reach net zero by 2050.

Wells Fargo’s chief executive Charles Scharf told analysts last month that the bank would do “everything we can” to meet the Paris climate targets in a way that “preserves jobs and preserves industry and helps companies and industries more broadly transition their businesses.”

The two banks’ exposure to the US energy sector has fallen more than 20 per cent, roughly $6.5bn, since the end of 2019.

Bryan Jordan, chief executive of First Horizon, which has about $1.6bn in energy exposure, recently said the bank would probably remain in the energy lending business, but expected to reduce its exposure.

“We think it’s important to be in those markets and to facilitate lending in oilfield services and E&P and so on and so forth. But we also think it’s a very volatile place,” Jordan said.

But others might be willing to step into that gap.

BOK Financial’s Kymes said the bank had “lots of capital that we’re willing to commit to this space”, adding that he saw opportunities to grow as the industry’s recovery gathered pace because there were “smaller competitors who are walking away from it”.

However, he questioned whether banks really would pull back from the sector as its finances improved and lucrative opportunities again emerged.

“It’s easy to walk away from that business when commodity prices are a struggle,” said Kymes. “As you build some good results in this business going forward, you may have some folks who step back into the business”. (Justin Jacobs)

A year is a long time in the energy game.

Barely 12 months on from the crash that sent oil prices negative and left the industry reeling, the US shale patch is on track to report record revenues in 2021.

If West Texas Intermediate continues its rally and averages $60 a barrel this year — it is sitting at $65/b — and gas prices hold steady, producers could rack up an unprecedented $195bn in hydrocarbon revenues, according to consultancy Rystad Energy. The previous record, set in 2019, was $191bn.

Operating cash flows will probably take an extra year to hit new heights, however, Rystad reckons, because of heavy hedging losses this year.