How resilient is the US jobs market? 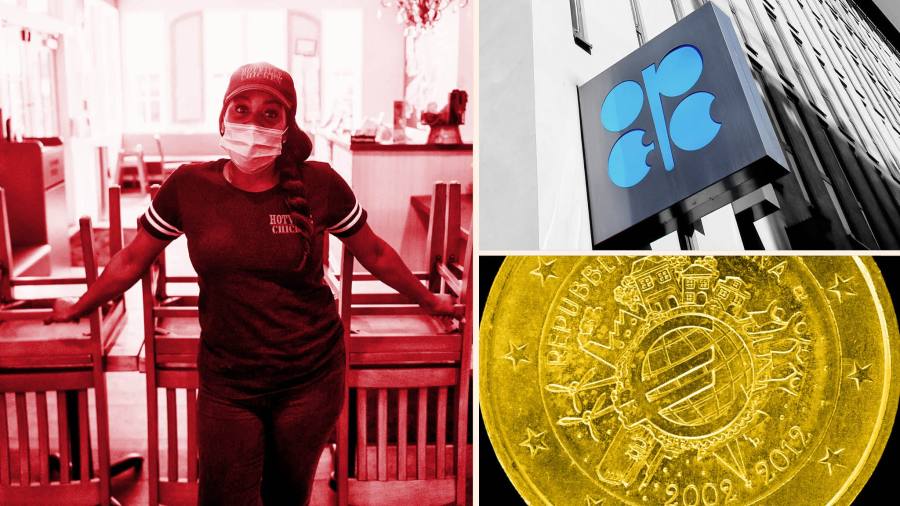 How resilient is the US jobs market?

Friday’s closely watched non-farm payrolls report will provide a glimpse of how much damage the second wave of coronavirus infections is inflicting on the US workforce.

A consensus forecast from economists polled by Reuters points to US employers adding 500,000 posts in November, compared to 638,000 in the previous month’s report, reflecting a slowing pace of job gains.

October’s data beat forecasts, but fresh lockdowns across the country since then have reined in expectations, despite the Covid-19 vaccine breakthroughs that have propelled Wall Street to record highs.

In the latest sign that the US labour market is buckling under the strain of the health crisis and fading fiscal support, initial jobless claims rose to 778,000 last week, the first consecutive weekly rises since July.

The correlation between the employment trend and infection numbers is clear, according to Michelle Meyer, head of US economics at Bank of America, who pointed out that first-time applications for unemployment benefits were highest in states most affected by the pandemic.

Michael Pearce, senior US economist at Capital Economics, is particularly concerned about jobs growth stalling in the restaurant and leisure sectors. Consumer surveys in November showed people were less willing to spend time in restaurants, he said, and high-frequency indicators such as OpenTable diner figures have deteriorated.

Some “softening” in the jobs data was expected by markets, said Ms Meyer, although she warned that a more serious deterioration of the labour sector would be a bigger problem as fiscal aid is unlikely to be delivered before Joe Biden is sworn in as president in January. “There is a long window between now and then,” she said. David Carnevali

Has the oil rally dug Opec out of a hole?

When Opec sits down with Russia on Monday and Tuesday its members will reflect on a month-long oil rally that may have dug the group out of a hole.

The positive news around Covid-19 vaccine development has triggered one of the largest ever monthly oil rallies, taking the global price of a barrel up about 30 per cent. Brent crude started November near $35 a barrel but is closing out the month just below $50, its highest level since prices collapsed in March as widespread lockdowns started to hit oil demand.

But while the so-called Opec+ group may feel it is in a stronger position than just four weeks ago, most traders and analysts still expect the alliance of oil producers to proceed cautiously. The coalition was due to taper its production cuts of around 8m barrels a day by about a quarter in January, but those plans are widely expected to stall as oil demand remains severely curtailed and airlines run at just a fraction of their usual levels.

An oil price of about $50 a barrel certainly makes the group more comfortable, but that is still about $20 below where crude traded in January. And the rollout of vaccines, which should eventually spur a more robust recovery in fuel demand, is likely to take time.

It is always foolish to rule out surprises with Opec. The cartel could push ahead with reducing its curbs, or even decide to cut a little more for a few months to help underpin the price recovery. But for the moment, with the market trending in the right direction, the safest bet is that Opec will stand pat. David Sheppard

Will the eurozone break free of its deflationary cycle?

Eurostat data on Tuesday are expected to confirm a fourth consecutive month of deflation, piling further pressure on the European Central Bank to step up its stimulus next month.

Part of the weakness in prices is down to one-off factors such as Germany’s cut to value added tax and a falling oil price, says RBC Europe economist Cathal Kennedy, who forecasts a 0.3 per cent decline in the bloc’s prices in November, the same as the previous month.

“However, clearly the ECB are not satisfied with explaining away the latest developments and are getting worried about how persistent this current bout of weaker inflation may prove to be,” he said.

Investors are looking to the ECB to respond to the faltering recovery as Europe grapples with a second bout of Covid-19 infections. The central bank’s minutes last week cemented those expectations, with policymakers concluding the outlook is “bumpier than previously projected”.

Analysts at Bank of America predict the ECB will expand its €1.35tn emergency bond-buying programme by €500bn at its December meeting. The central bank’s asset purchases constitute de facto “yield curve control” — an effort to cap government borrowing costs — and are likely to extend beyond the end of 2021, given the outlook for inflation, according to BofA. Tommy Stubbington