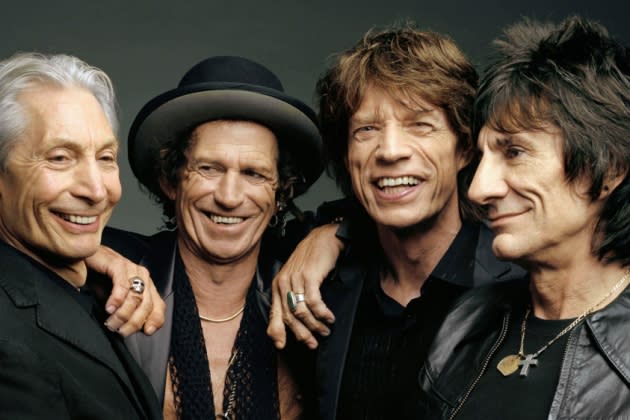 To mark the 60th anniversary of the band, BBC’s four-part rockuseries My Life as a Rolling Stone takes an in-depth look into the group’s charismatic members, and is set to drop in the U.S. on Epix August 7.

With plenty of archival footage and extensive interviews from Mick Jagger, Keith Richards and Ronnie Wood, each episode focuses on a singular band member, including an introspective on the late great drummer Charlie Watts, who passed away last year. The series is narrated by Sienna Miller, and is directed by Oliver Murray (Bill Wyman, The Quiet One) and Clare Tavernor (Keith Richards: A Culture Show Special).

If you want a career-spanning look into the Stones with stories never-before-told on-screen, here’s what you need to know to watch the Rolling Stones documentary on TV and online.

When Does the New Rolling Stones Documentary Premiere? Date, Time

My Life as a Rolling Stone the new 2022 Rolling Stones documentary, premiered July 2, with the first two episodes of the four-part series airing on BBC Two.

How to Stream the New Rolling Stones Documentary Online

Sling is one of our favorite live streaming services, with the ability to stream 30+ live TV channels from your computer, phone, tablet or TV. Sling offers two packages — Sling Blue and Sling Orange — and Sling has Epix included as part of both offerings.

A subscription to Sling starts at just $35/month for unlimited live TV streaming. Sign-up here and use your Sling subscription to watch the Rolling Stones Epix documentary online.

Your Philo subscription also gets you access to Epix’s online offerings, which will likely feature the new Rolling Stones documentary on-demand.

Another great live TV streaming service that will let you watch the Rolling Stones Documentary online is fuboTV. With Epix in its channel lineup, you’ll be able to watch every episode of My Life as a Rolling Stone online on streaming devices like Roku.

Just be aware that Epix is a premium channel you can add on for $6 per month, or get in the Premium Channel Bundle for $20 a month, which gives you access to Epix, Starz, and Showtime. fuboTV costs $69.99 a month, but starts with an all-inclusive seven-day free trial before you pay.

Don’t want to sign-up for cable or a streaming service? There are a couple of completely legal ways for you to stream the Rolling Stones documentary online free.

Philo has a 7-day free trial offer that you can use to watch the Rolling Stones documentary again online free.

Unfortunately, Sling doesn’t offer a free trial, but it is currently offering a half off your first month that you can find here. Use this streaming deal to watch the Rolling Stones documentary online, on one of the included channels in the Sling Blue and Sling Orange packages.

Prashant Johari: Failure has been my biggest teacher | Bollywood

In the Soop Friendcation: BTS’ V recalls time when he…

What the West gets wrong about India