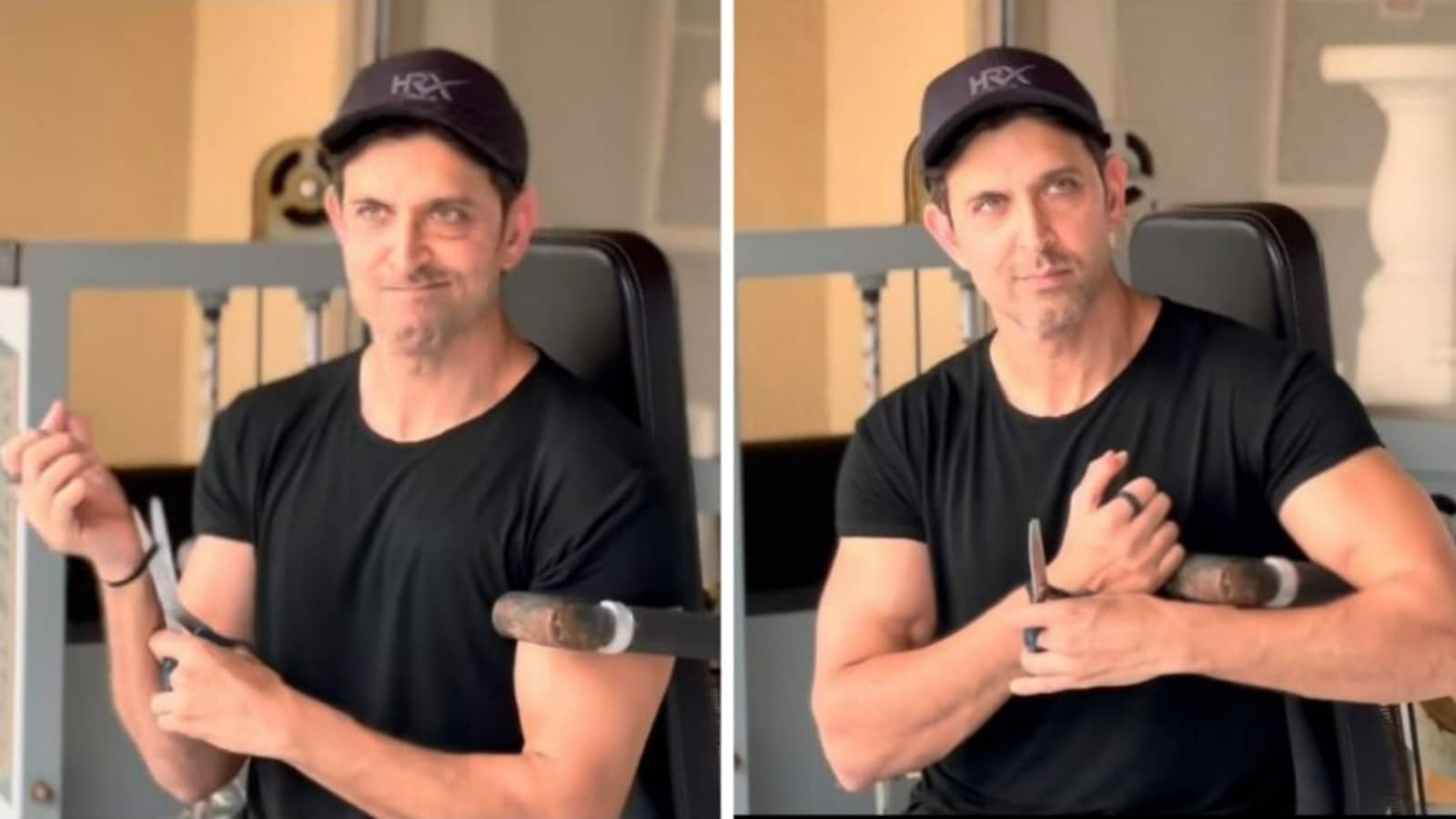 Hrithik Roshan took to his Instagram handle and shared a clip cutting a black thread from his wrist. He shared a personal story of performing this act after essaying the role of Vedha from his film Vikram Vedha which is currently in theatres. In the video, Hrithik wore a black T-shirt and blue trousers with black cap. He can be seen cutting his black thread with a pair of scissors with gym equipments in background. (Also read: Vikram Vedha movie review: Hrithik Roshan, Saif Ali Khan’s chemistry shines through in this masala action thriller)

He captioned the post, “Time to let go. I don’t know exactly when I started doing this. Or even why. But I realized today that I’ve secretly done this for every character that terrified me.” In the movie, he played Vedha who is a gangster trying to escape from a tough cop Vikram after murdering many people.

He further added, “Mostly it’s a red mauli ( kabir wore that) and sometimes it’s a black thread. Can’t even remember when I started this. Was it kaho na pyaar hai? Or koi mil gaya or much later? (Will have to go back and check my wrists or neck in those films) cause it’s never planned. Vedha got it at dress rehearsals and became it. Kabir got it at the War mahurat pooja and I made it a part of him.” Hrithik essayed the character of Kabir, a secret agent from his film War alongside Tiger Shroff as Khalid.

He added, “I think I do it cause it physically anchors the commitment I make to myself before I begin. A secret pact between me and myself. The ritual of cutting it is always confusing. For vedha I tried once my shoot got over but couldn’t , then when my dub got over , but again couldn’t. And then I finally did when the question I ask myself had a satisfactory answer: ‘Did I give this everything I had?’ ‘Can I do more?’ – it’s a question that scares me, drives me, and keeps me searching for more.”

He concluded by saying, “Vedha has been a terrific journey. Through him I learnt to be. At peace with my failings. Unafraid and unapologetic. I will always be grateful to my directors and writers Pushkar and Gayatri for creating this opportunity. Thank you Vedha. I let go.With love and gratitude.”

Vikram Vedha starring Saif Ali Khan and Hrithik Roshan has received positive response from the critics. The story is inspired by the famous folklore of Vikram Betaal. Hrithik will be next seen in Fighter with Deepika Padukone for the first time.

“There’s No One That’s Not Welcome”: Kanye West on YZY, Paris and His Three Phases in Fashion

How to Watch 1st Unofficial Test Match Coverage on TV And…

Tips to maximise compact spaces: Clever ploys to make the…