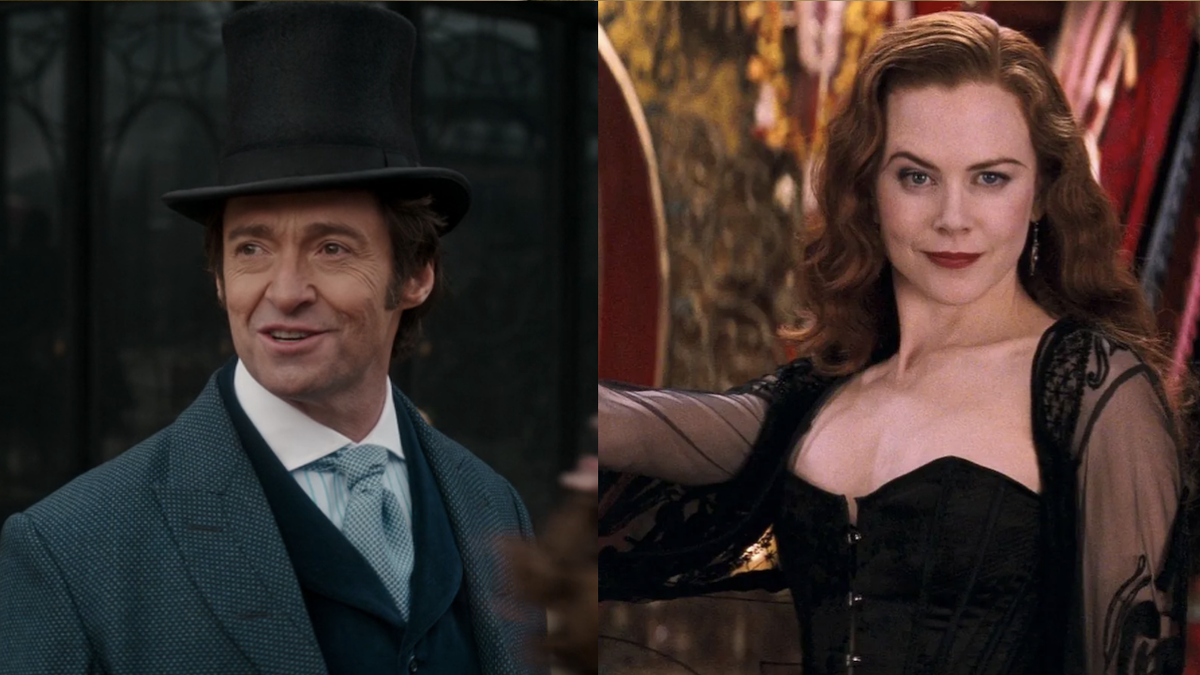 Hugh Jackman is a performer of many talents, although the X-Men icon’s roots will always be in theater. He recently returned to Broadway to star as Harold Hill in The Music Man, where he’s also been helping to raise money for Broadway Cares/ Equity Fights AIDS. Jackman recently penned a sweet tribute to fellow Aussie star Nicole Kidman, who donated a whopping $100k to the charity while attending the Broadway show. Big Little Lies? More like big little checkbook.

Every year various Broadway shows raise money for Broadway Cares/Equity Fights AIDS, which is a non-profit organization that raises money for AIDS related causes. There’s a bit of a competition between the shows, although The Music Man has been raking in the dough largely thanks to efforts by Hugh Jackman himself. Recently Nicole Kidman attended the show, and pledged $100k in an auction for Jackman’s hat. He posted on Instagram about it, thanking her with:

How cute is that? It’s always fun to see famous friends supporting each other, and Nicole Kidman and Hugh Jackman’s recent interaction also resulted in a ton of money going to a great charity. And it’s these big ticket donations that have resulted in other Broadway shows having sweet faux feuds with The Music Man.

Hugh Jackman shared this post about Nicole Kidman to his 30.6 million followers on Instagram. Plenty of folks sounded off in the comments section, including the Moulin Rouge actress herself. She shared more love for both the charity itself and the cast of The Music Man, posting:

Video from Nicole Kidman at the post-curtain call auction of The Music Man quickly went viral on social media outlets like Twitter. One such clip can be seen below, and shows the crowd’s cheers after the actress/producer donated such a sum of money to Broadway Cares/Equity Fights AIDS.

Hugh Jackman personally shared one of these videos over on his Instagram Story, once again thanking Nicole Kidman and calling her “extraordinary.” While cinephiles might use that description thanks to her acting talents or truly iconic AMC commercial, Jackman is making a reference to her character and generosity. Check it out below:

Nicole Kidman and Hugh Jackman famously starred in 2008’s Australia together, in addition to voicing characters in the Happy Feet movies. Although given this viral moment between the two A-listers, smart money says fans are going to call to see them reunite on the big screen. Since they both have penchants for movie musicals, maybe they could return to that genre together. Fingers crossed.

Hugh Jackman will return to the role of Wolverine in Deadpool 3, expected to hit theaters on November 8th, 2024. As for Nicole Kidman, she has a number of TV and film projects coming out including Aquaman 2. In the meantime, check out the 2023 movie release dates to plan your next movie experience.

5 Dinners You Can Make With Frozen Vegetables