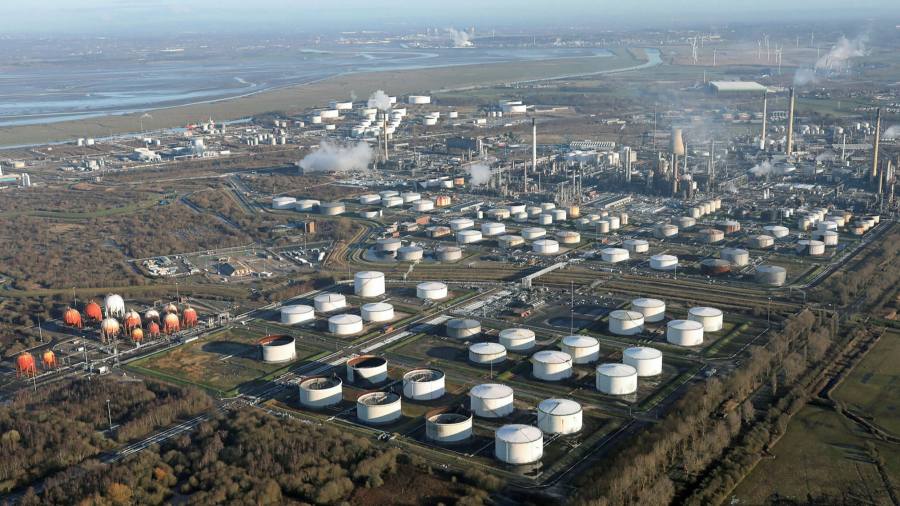 The £750m investment in two plants will be made jointly with clean energy specialist Progressive Energy as part of its HyNet scheme, a project to supply low carbon hydrogen to industrial sites and homes in north-west England.

The news is a fillip to the UK government’s drive to meet its target of net zero carbon emissions by 2050. Ministers have pledged to have 5 gigawatts of low carbon hydrogen production capacity for use in industry, transport, power and homes by 2030, with one town heated entirely by the gas.

Essar would build the plants next to its Stanlow refinery on the Mersey estuary in north-west England. Natural gas, and fuel gases from the refinery, will be converted into low carbon hydrogen, with carbon dioxide captured and stored in depleted undersea gasfields 60km offshore in Liverpool Bay. The refinery will be converted to burn hydrogen instead of natural gas.

Carbon capture and storage remains controversial. It is expensive and environmental groups believe it is better to find alternative fuel sources that do not emit carbon dioxide.

However, Chris Manson-Whitton, a director of Progressive Energy, said switching to hydrogen was the only way to decarbonise many heavy industries. He pointed out that the area around Stanlow is home to several big plants that could be converted, and the high cost of burying the carbon would be cut dramatically thanks to the presence of a gas pipeline to the nearby undersea reservoirs.

“If hydrogen cannot work here it cannot work anywhere. We have gasfields reaching the end of their economic life nearby. People will not now need to pay for decommissioning,” said Mr Manson-Whitton. “We have a refinery that is well used to dealing with combustible gases and chemical industries as potential clients.”

HyNet is already trialing hydrogen power with Pilkington, the glassmaker, in St Helens and Unilever, which makes cleaning products, at Port Sunlight on the Mersey. If the trial is successful, Cadent, which owns local gas infrastructure, will build the supply pipelines, eventually feeding households and potentially ships and trains across the north-west.

Ministers are currently consulting on a hydrogen incentive regime and Mr Manson-Whitton said the government would need to provide around £25 per megawatt hour to cover the difference between the cost of natural gas and hydrogen.

The government gave HyNet £7.5m for development work last year. Essar and other partners in the scheme are waiting for details of the new subsidy regime before committing to the project. 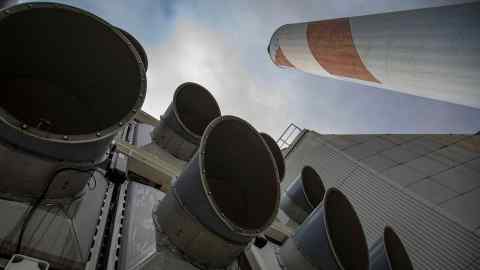 Stein Ivar Bye, chief executive of Essar Oil UK, said the switch to hydrogen was the best way to secure a sustainable future for the refinery, which provides 16 per cent of UK road transport fuels. He added that the cost of carbon, currently about €27 a tonne in the EU, is expected to rise as governments try to force companies to decarbonise.

“HyNet is the most synergistic way for us to reduce our carbon footprint. It is also the right thing to do,” he said.

The first plant should open in 2025 and have a capacity of 350MW, Mr Bye said, adding that the second is expected in 2027 with a capacity of 700MW. He estimated that by 2030 the project could be trapping 10m tonnes of carbon dioxide every year.

Mr Bye said financial institutions were ready to invest in green energy projects. “They are interested if you say you have a long-term strategy to transform our business to a supplier of sustainable energy solutions.”

Aurora, a consultancy, estimates that 25 per cent of UK energy demand will be met by hydrogen by 2050, when its production price will be £50 per MW hour.

Joe Biden: 25th Amendment is zero risk to me but will haunt Joe Biden: Donald Trump