‘I Spit On Your Grave’ 4K review – Entertainment Focus 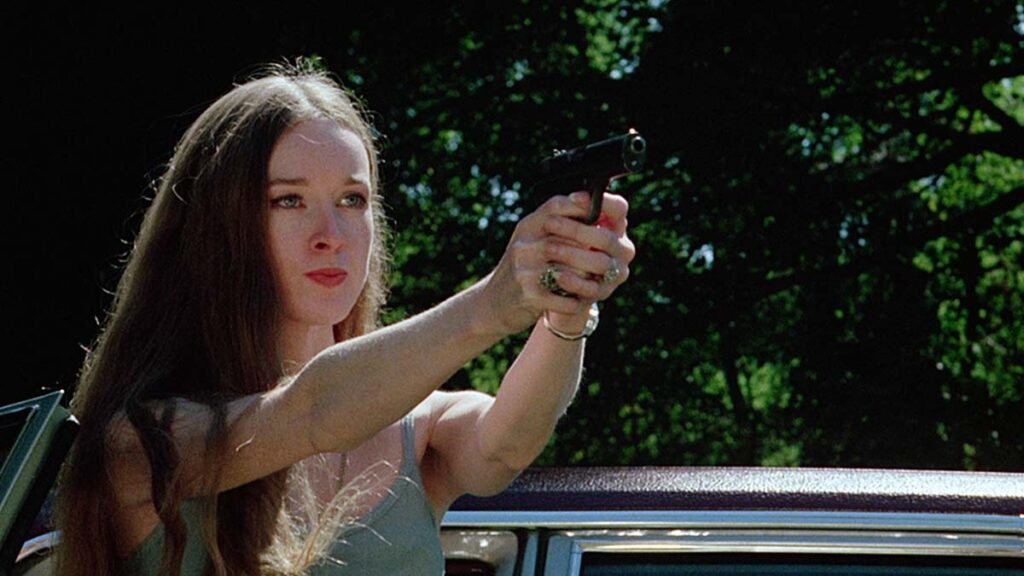 Aspiring writer Jennifer (Camille Keaton) leaves her home in Manhattan and travels to an isolated cottage in Kent, Connecticut to write her first novel. Her arrival catches the eyes of four men – gas station manager Johnny (Eron Tabor), his two unemployed friends Stanley (Anthony Nichols) and Andy (Gunter Kleeman), and their mentally disabled friend Matthew (Richard Pace) – who proceed to taunt her before raping and physically assaulting her multiple times. Fuelled by rage, Jennifer decides to turn the tables and get revenge.

‘I Spit On Your Grave’ was originally released in 1978 and understandably it’s been the source of plenty of controversy due to its subject matter. After arriving in cinemas, the film was universally slated and it was heavily criticised for its extended depictions of rape. In the years since, the film has been reappraised and it’s thought of more positively, but that doesn’t make it any easier a film to watch.

A new 4K restoration brings the film back into the spotlight and it’s sure to stoke debate once again. Is the film a feminist film? Is it exploitation? Is it just plain nasty? 44 years on, the answer isn’t particularly any clearer but there’s no doubting the affect that ‘I Spit On Your Grave’ had on both the horror and exploitation genres, and it continues to have. The film is very hard to watch as the gang rape scenes are extensive and unflinching, and it takes a strong stomach to be able to get through them without averting your eyes.

What director and writer Meir Zarchi manages to do though is put the audience on the side of Jennifer. The four men that violate and antagonise her are simply repulsive, and once you get through Jennifer’s ordeal the film enters a second stage as she turns the tables. Jennifer goes from victim to ‘final girl’, and she channels her rage at what happened to her into fuel to ensure these men don’t lay another finger on any other woman. Jennifer’s revenge is almost as nasty as the ordeal she goes through, and it’s not easier to watch.

Camille Keaton gives a truly fearless performance as Jennifer. How she got through filming something this gruelling is beyond me. For most of the film she’s naked, and Zarchi (who was briefly married to her following the film’s release), puts her through the mill. If Keaton wasn’t so compelling in the role, it would be easy to dismiss the film completely but she convinces you to root for Jennifer.

For its 4K release, ‘I Spit On Your Grave’ has been restored and remastered, and it features three discs – the film on 4K and Blu-ray, and a third disc packed with extras. The extras weren’t available for review at the time of writing this but they look to be extensive. There are new audio commentaries, including one will Keaton, along with a variety of featurettes, deleted scenes, and a feature-length docuementary helmed by Terry Zarchi and Meir Zarchi.

‘I Spit On Your Grave’ is a film that will always be divisive. It’s not easy to watch and it’s not a film I’ll be keen to rewatch any time soon, but it is worth at least one watch. An important part of genre film-making, ‘I Spit On Your Grave’ has more than earned its place as a cult classic and the fact it still provokes such passionate debate today, shows there’s much more to the film than pure shock value.