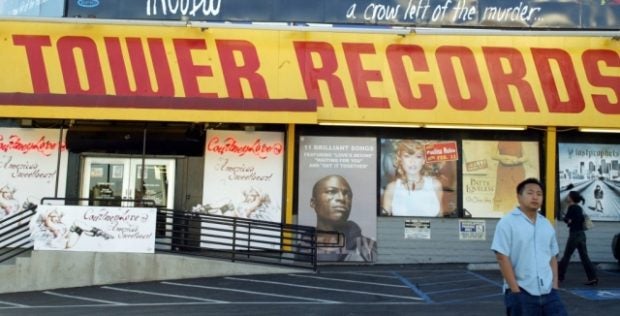 After having to shut down most of its stores worldwide, Tower Records is reinventing itself as a website. Image: AFP/ROBYN BECK.

A legendary institution in the United States is back in spectacular, and unexpected, fashion. After filing for bankruptcy in 2004, the record store chain Tower Records is getting new life as a website, offering livestreamed concerts, merchandising and music in every shape and form.

According to Deadline, Tower Records planned to unveil its new offer during the latest edition of the South by Southwest festival, which had to be canceled due to the COVID-19 pandemic. The legendary record store chain was set to launch several pop-up shops to celebrate its comeback after a 16-year hiatus, but this also had to be delayed because of the health crisis.

Tower Records’ new website is now up and running, offering a series of online events, as well as digital editions of its “Pulse!” magazine. Over 500,000 tracks on CDs, cassettes and records are also up for sale for music lovers fed up with music streaming services.

Tower Records was founded in 1960 by the late Russ Solomon, who started the business off as a section in his father’s drug store in Sacramento, California. His business grew to become a music retail giant for discs and vinyls, thanks to 200 locations in 15 countries worldwide. Only its Tokyo store remained open after the chain’s bankruptcy in 2004.

Tower Records is back on track at a time when music lovers are showing increasing interest in vinyls. During the first six months of 2020, close to 9 million vinyl records were sold in the U.S., according to Recording Industry Association of America data, representing a 3.6% surge in a year. CC

Hip-hop artists continue to thrive amidst the coronavirus pandemic

The lives of musicians in the Philippines, amid a pandemic

Billy Porter Wore Cornrows and Feather Earrings to Get His…