In the mood for movies 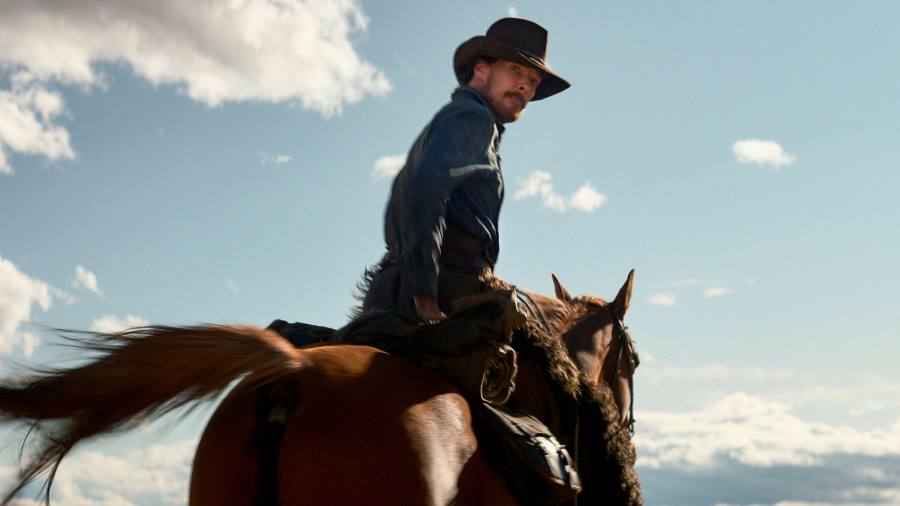 If anyone were to ask me the secret to my long and happy marriage, chief among them would be the Bafta screeners that my husband gets every year. As a member of the voting lobby, he is sent a massive batch of movies each December that he must whittle into the nominations for the film awards.

Who cares about the short days, cold nights and fraying tempers of midwinter when you’ve got a year’s worth of cinema on which to feast?

Many have bemoaned the fate of cinema: how the pandemic has all but killed it off. Netflix and the relentless march of streaming television has seen a tectonic shift in interest, as binge-watching box sets has replaced our appetite for film. Blockbuster dramas that should have been big hitters, such as Ridley Scott’s The Last Duel, have endured ignominious humiliation. Even Bond has reportedly struggled to break even, and the only film making gigantic profits this winter is the one with webs attached.

Speaking to the Hollywood Reporter, film producer Peter Chernin led a familiar refrain. “The industry is constricting creatively,” he said. “People are becoming more conservative and taking fewer chances.” Scott, now 84, who had two films on release last year (House of Gucci as well as The Last Duel), has blamed millennials “who were brought up on these fucking cell phones” for eschewing his recent work.

I think they are mistaken. But this is not about the joys of cinema. Or whether one has a better experience by trudging to the local fleapit and sitting in a costly stall. It’s about whether film still has a purpose as a medium, and what it might offer when good television seems to do it all so well. With the exception of the Marvel franchise, a behemoth so gigantic that it bears no comparison with anything, the films now getting traction are the antithesis of Scott’s dramatic all-star coups.

The most exciting films this season aren’t pacy narratives starring famous actors, but dreamy tone poems built around a mood. Paul Thomas Anderson’s Licorice Pizza, for example, tells a loopy tale of adolescence in 1970s California, twinned with an awesome soundtrack, with principals who are relatively unknown. For the most part nothing really happens; it’s just a nice experience to drop into a nostalgic heatscape where Anderson’s in charge. It has also performed surprisingly well, and been embraced by younger audiences: on its opening weekend, according to Variety, 72 per cent of the audience was aged between 18 and 34.

Jane Campion’s The Power of the Dog is similarly expansive, the main star being the Otago peninsula in New Zealand where the director filmed. The plot is slow and often uneventful, but the huge pleasure in it, for me anyway, was that for 125 minutes I was immersed in Campion’s world.

Likewise Paolo Sorrentino, whose The Hand of God is an autobiographical reverie that conjures Eighties Naples as the World Cup plays out in Mexico. So rich is the universe that Sorrentino has created, I couldn’t care less that there wasn’t a tremendous lot of plot. I cared more that Belfast was so boring (and the ludicrous suggestion that Protestants might dance during a wake), but arguably Kenneth Branagh’s film also falls into the same category of ambient drama framed within a highly curated point of view.

All these directors drew on smaller, more intimate stories as the basis for films that foreshadow, I hope, a new era for the auteur. Away from the tyranny of Marvel or television studios, film-makers will become more introspective and self-expressive as they come up with new approaches in their work.

Which isn’t to say films are becoming more self-indulgent. The more successful ones are simply mirroring our desires. As the French writer-director Nicolas Saada observes to me this week: “Television capitalises on our restlessness and anxieties — it steals our energy and time. Cinema still allows us just to feel things, experience them without explanations or intense storytelling.”

Efe Cakarel, cinephile and founder of the film hub Mubi, is confident about the future of film: “Most audiences watching television are looking for comfort: worlds they can return to with regularity. Great cinema is exciting for the exact opposite characteristics: we are captured by the unexpected which is why movies by great filmmakers resonate so strongly — in their hands we discover something new about the world, and possibly ourselves.”

Others are more sceptical about the future. “Of late there have been so few good one-off films,” says Pawel Pawlikowski, director of Cold War and Ida, for which he won an Academy Award in 2015. “Personally, I steer clear of TV series because they are addictive and don’t give any kind of experience,” he continues. “Watching a great film is like immersing yourself in a dream. However, as a film-maker who grew up on cinema I’m worried — I wouldn’t want it to go the way of opera.”

Why bother going to a movie when there’s an eight-part series you can binge on for three nights? All the familiar fodder that used to dominate the awards seasons can now be found on Netflix, Apple TV or elsewhere.

Even the traditional biopic has lost its lustre. Where actors could once stick on a plastic nose and dial in an Oscar, the proliferation of long documentary features or podcasts now offers viewers richer, more illuminating docu-truths. Neither am I likely to rush off to watch a sword-and-sandals epic when I can rewatch Game of Thrones.

But I still crave a movie moment, now more so than ever before. And regardless of whether I’m in a stall seat or on the sofa, I still want the same sensation: to see the world, if only for 90 minutes, through another set of eyes.

Inside the A-Lister’s Dubai holiday