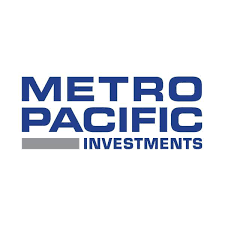 Infrastructure conglomerate Metro Pacific Investments Corp. (MPIC) expects to boost core income this year by 17.6 percent to P12 billion and return to prepandemic earnings level by next year as the domestic economy further reopens with the rollout of COVID-19 vaccines.

But green shoots of recovery were spotted in the fourth quarter of 2020, as MPIC’s core earnings improved by 4 percent to P2.5 billion from the third quarter, driven by recovery in the electricity and water businesses.

“While earnings, for the first time in our history, have been less than ideal, we purposely directed our focus on service continuity amidst the pandemic. Together with our partners in government, we worked tirelessly to ensure that every Filipino has access to the essential services we offer especially at the height of this crisis,” MPIC president and chief executive Jose Ma. Lim said in a press statement on Wednesday.

In a press briefing, Chaye Cabal Revilla noted the P12-billion core income target for this year was MPIC’s original earnings goal for 2020.

Asked how soon MPIC would likely return to its prepandemic performance, Revilla said: “The P15 billion (core income booked in 2019), I don’t think we will get that this year—maybe next year or in the next few years.”

“The recovery is going to depend a lot on the economy as a whole and I think once the vaccines are here, I think that the confidence of people to go out and do their normal activities will go back,” Lim said. “That’s why for 2021, we are expecting that this is still a transition year.”

For the first quarter of 2021, Lim said MPIC was expecting to match the earnings level seen in the fourth quarter of last year.

“We expect that overall, we are still going to suffer until the full recovery of our tollways and our light rail. These are the two principal activities that brought down our performance last year and will continue [to falter] this year,” Lim said.

He said recovery in the water business should move faster, however, with the company set to begin discussions for a new concession agreement with the government in the next two weeks.

For the power business, volume is still down by about 2 percent. But with the weather getting warmer, Lim said he was hopeful energy sales would return to pre-COVID-19 levels.

In 2020, earnings contribution from the operations of the power, water and toll road segments dropped by 26 percent.

Manila Electric Co. saw a 14-percent drop in revenues last year, while core net income dropped by 13 percent to P2.4 billion. Total energy sales declined by 7 percent as the 13-percent increase in residential volume was not enough to offset the slump in commercial and industrial volumes, which fell by 20 percent and 11 percent, respectively.

For Metro Pacific Hospital Holdings Inc., revenues decreased by 7 percent to P14.8 billion, resulting in an 85-percent drop in core net income to P224 million. In-patient admissions dropped by 46 percent to 106,546 while out-patient visits fell by 36 percent to 2.5 million as patients opted to defer elective procedures. This unit incurred significant increases in personnel costs and crucial medical supplies, such as personal protective equipment.