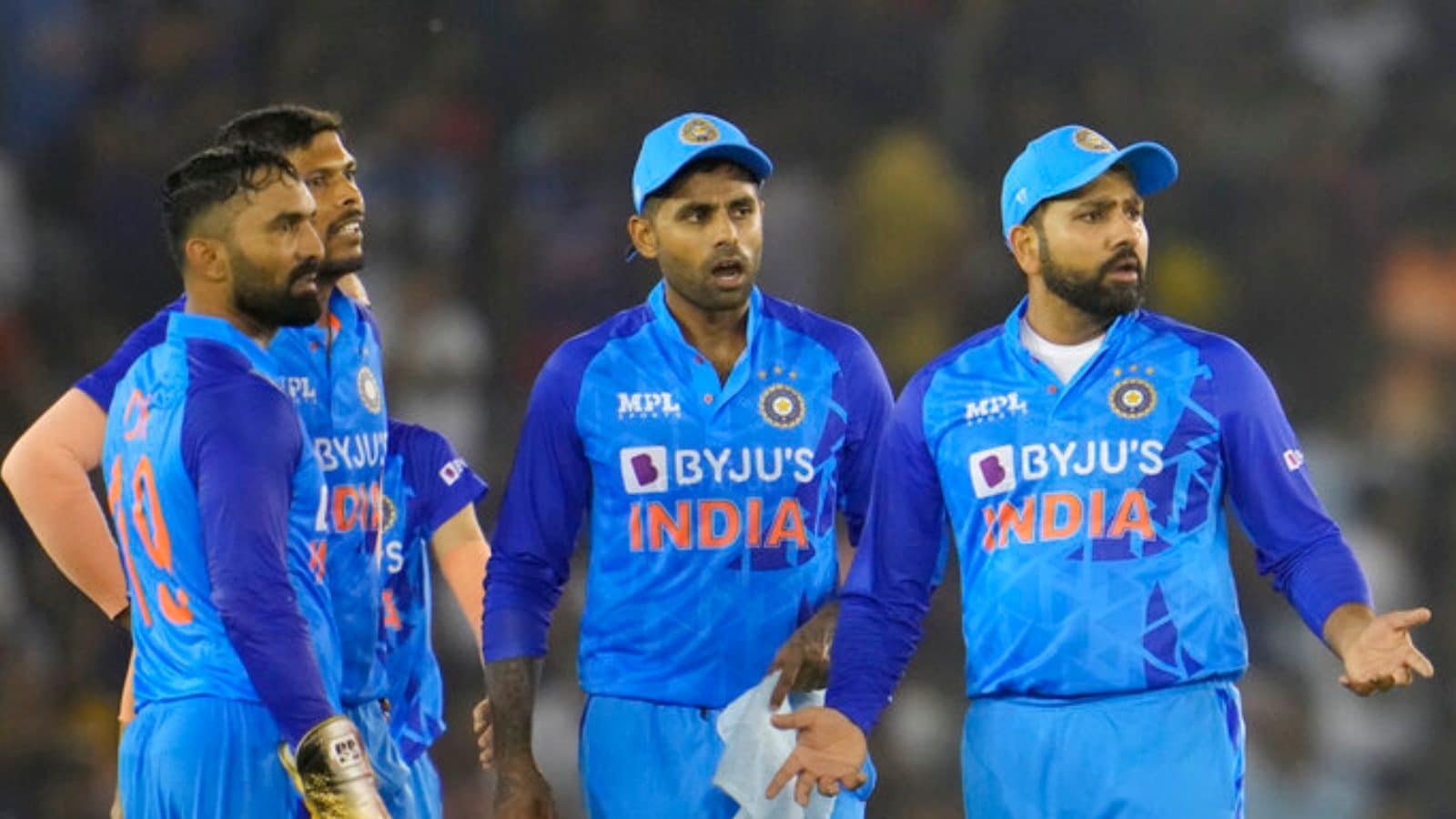 The Indian team on Tuesday had to endure a defeat despite posting a mammoth 200-plus total in the series opening T20I against world champions Australia in Mohali. While the bowlers were summarily blamed for leaking too many runs, the sloppy catching didn’t help their cause either.

The Rohit Sharma-led India dropped as many as three catches and the two players who were let off, went on to land the hammer blow that led to the defeat.

Also Read: ‘Hardik Pandya Played Beautifully, Has to be Best in the World’

The first chance went abegging when Axar Patel dropped Green at deep midwicket when the Australian allrounder was batting on 42. He went on to make 61.

Steve Smith was the second beneficiary of India’s largesse when KL Rahul dived but failed on to hold the catch with the Australian on 19. He added 16 more to his total before departing.

However, the worse was yet to come. With the contest evenly poised and slightly tilted in India’s favour after a flurry of wickets, Matthew Wade was just getting started and in the 18th over, ended up hitting one back to the Harshal Patel, the bowler, who went for the reverse cup but failed to hold onto it. Wade was on 23 and he added 22 more to take Australia over the line.

An irked Ravi Shastri, a former India head coach who was on air during the Australian chase, blasted the sloppiness and said this team stands nowhere close to the top fielding sides of the world currently.

“If you look at all the top Indian teams over the years, there is youth and experience,” Shastri said. “I find the youth missing here and hence the fielding. If you look at the last five-six years, fielding wise, I think this side is no match to any of the top sides when it comes to fielding. And that can hit badly in big tournaments. It means that as a batting side you have to get that 15-20 runs game after game, because if you look around the field, where is brilliance? There is no Jadeja. Where is that X-factor?”

He also said that such mistakes could cost India dearly in big competitions.

“What I was disappointed today with was the standard of fielding. I mean, it looks sloppy and I think you need a big upping of the ante when it comes to the fielding if you have to beat big sides in big competitions,” he said.

The second T20I will be played on Friday in Nagpur.

Denial of responsibility! Pedfire is an automatic aggregator of the all world’s media. In each content, the hyperlink to the primary source is specified. All trademarks belong to their rightful owners, all materials to their authors. If you are the owner of the content and do not want us to publish your materials, please contact us by email – [email protected]. The content will be deleted within 24 hours.
Australia Cricket TeamAxar Patelcatch drop videoscricket newsIndia Cricket Teamindia dropped catchesIndia vs Australia 2022KL Rahul
0
Share

How to help Pakistan as it struggles with relentless flooding