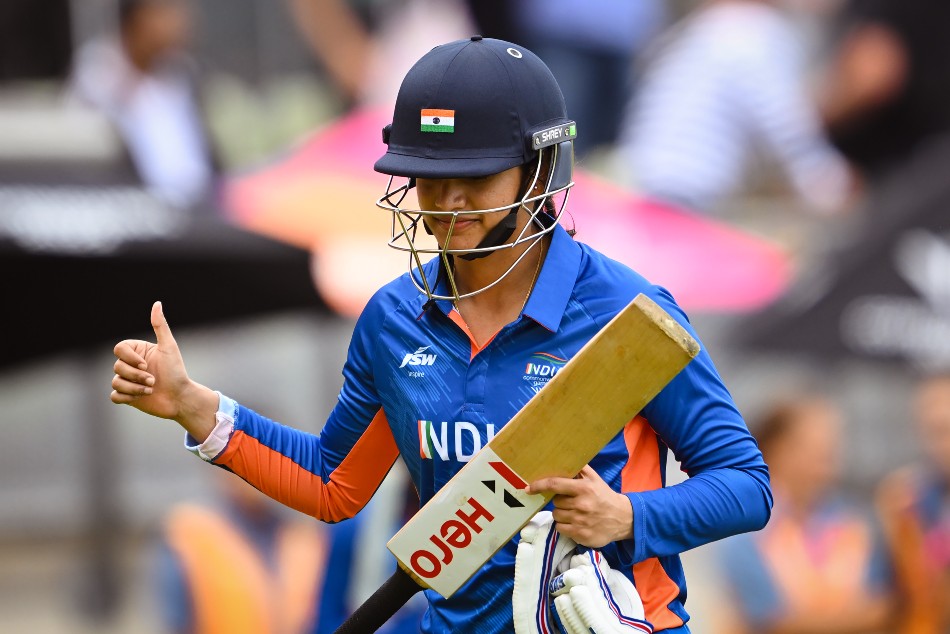 Electing to bowl first, India restricted England to 227 for seven before Smriti Mandana led the attack with the bat as they chased it down with ease.

Jhulan Goswami was accuracy personified even in one of her last international games but England’s lower middle-order put up a gutsy fight to take the home team to 226 for 7. Goswami, the 39-year-old legend, was parsimonious, giving away only 20 runs in 10 overs with as many as 42 dot balls. She didn’t concede a single boundary or six and also bowled a fine off-cutter to get rid of the seasoned Tammy Beaumont (7).

On a tacky track where ball wasn’t always coming onto the bat, India captain Harmanpreet Kaur did the correct thing by opting to field. After seamer Meghna Singh (1/42 in 8 overs) hurried the other opener Emma Lamb (12) with a short ball, Goswami and the two spinners Deepti Sharma (2/33 in 10 overs) and Rajeshwari Gayakwad (1/40 in 10 overs) choked the run flow consistently.

However, Sneh Rana (1/45 in 6 overs) and Pooja Vastrakar (0/20 in 2 overs) along with Meghna did leak a few runs as the home team did put up a 220 plus score in the end. Dani Wyatt (43 off 50 balls), Alice Davidson-Richards (50 not out off 61 balls) and Sophie Ecclestone (31) were the notable contributors for England. Even Charlie Dean played a nice cameo (24 no off 21 balls) towards the end to beef up the target. Harmanpreet will be a touch disappointed that despite getting England on the mat at 128 for 6 by the 34th over, England’s Nos. 7, 8 and 9 added more than 100 runs, which could prove to be decisive in the end.

While Gayakwad and Deepti varied the pace of their deliveries, Rana was guilty of bowling at one speed which made it easier to score off her. Davidson-Richards and Ecclestone added 50 for the seventh wicket and the home team’s only half-centurion added another invaluable 49 for the unbroken eighth wicket with Dean.

In reply, India chased it down in 44.2 overs. Vice-captain Smriti Mandhana led the charge of India’s batting department with stroke-filled 91 off 99 balls, while wicket-keeper batter Yastika Bhatia (50) and skipper Harmanpreet Kaur (74 not out) to take the visitors home comfortably.

Inside the Disturbing Aftermath of the Eliza Fletcher Murder…

Steven Bartlett Shares His Most Empowering Business And…

Nike to offer big discounts amid a glut of inventory