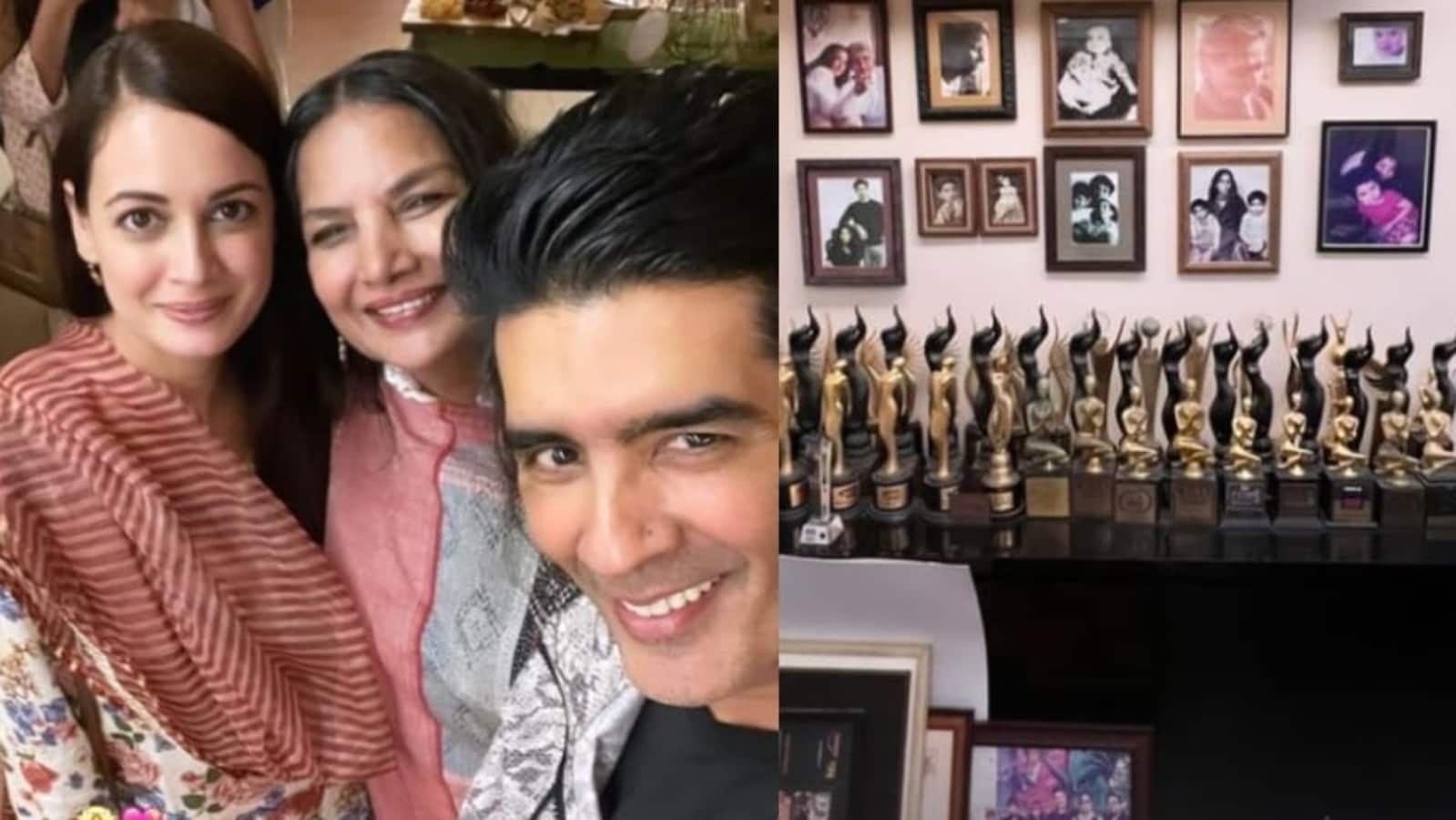 While many celebs were spotted outside the birthday venue in Mumbai, and posed for paparazzi, Manish gave an inside peek at the celebrations. The designer not only posed for selfies with Dia and Shabana Azmi, he also gave a glimpse of all the awards won by Shabana and lyricist-husband Javed Akhtar, over the years. He also shared a photo of himself and Shabana posing in front of a table filled with a variety of dishes. Red and pink balloons were also seen in the photo.

In one of the photos he shared on Instagram Stories, dozens of coveted award trophies, including of the Filmfare Awards and National Film Awards, were showcased. The awards were lined up together on a table, in front of a wall filled with family photos, including some black-and-white childhood pictures of filmmakers Zoya and Farhan Akhtar, Javed’s children for his previous marriage to screenwriter, Honey Irani. Along with the photo, Manish wrote, “Now that’s inspiring Shabana Azmi, Javed Saab (sir) and 6 National Film Awards, which are a part of this achievement.” He added a heart emoji to his note.

Earlier, on Sunday, Farhan had shared a photo of Shabana and himself as he wished her on her birthday. The photo was from his and Shibani Dandekar’s wedding in February. Farhan called himself a fan of Shabana’s dancing and complimented her as he shared his sweet birthday message. Actor Priyanka Chopra also took to Instagram Stories to wish Shabana. Sharing a picture of the veteran actor, Priyanka wrote, “Happy Birthday Shabana ma’am. I hope your day is as amazing as you.”

Shabana’s latest project is What’s Love Got To Do With It? The film, directed by Shekhar Kapur, premiered at the Toronto International Film Festival earlier this week. Alongside Shabana, it stars Hollywood actors Emma Thompson and Lily James, and Pakistani actor Sajal Aly. Shabana will be next seen in Karan Johar’s Rocky Aur Rani Ki Prem Kahani alongside Ranveer Singh, Alia Bhatt, Dharmendra, and Jaya Bachchan among others.