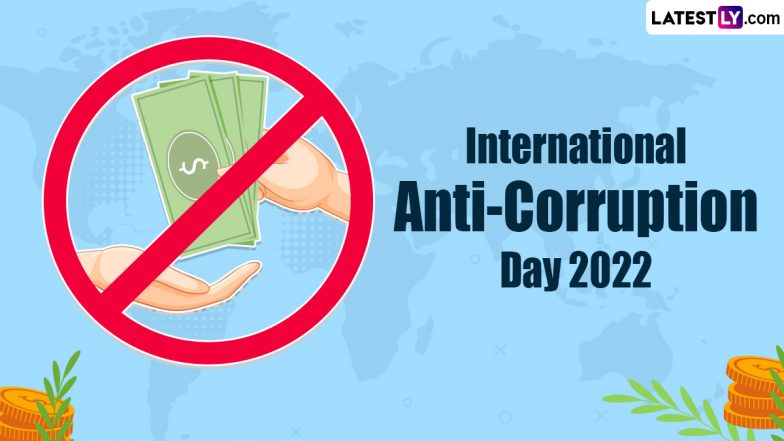 The history of International Anti-Corruption Day dates back to 2003. It was on October 31, 2003, that the UNGA adopted the United Nations Convention against Corruption and requested that the Secretary-General designate the United Nations Office on Drugs and Crime (UNODC) as the secretariat for the Convention’s Conference of States Parties. According to historical records,  188 parties have committed to the Convention’s anti-corruption obligations since then. The Convention entered into force in December 2005. International Day of Democracy 2022 Quotes & HD Images.

The Assembly also designated December 9 as International Anti-Corruption Day. The day aims to raise awareness of corruption and of the role of the Convention in combating and preventing it.

All sections of society, including states, government officials, civil servants, law enforcement officers, media representatives, the private sector, civil society, academia, the public and youth alike, all have a role to play in uniting the world against corruption. The year 2023 will mark the twentieth anniversary of UNCAC in October. This Convention and the values it promotes are more important than ever, which requires everyone to join efforts to tackle this crime.

(The above story first appeared on LatestLY on Dec 08, 2022 02:21 PM IST. For more news and updates on politics, world, sports, entertainment and lifestyle, log on to our website latestly.com).