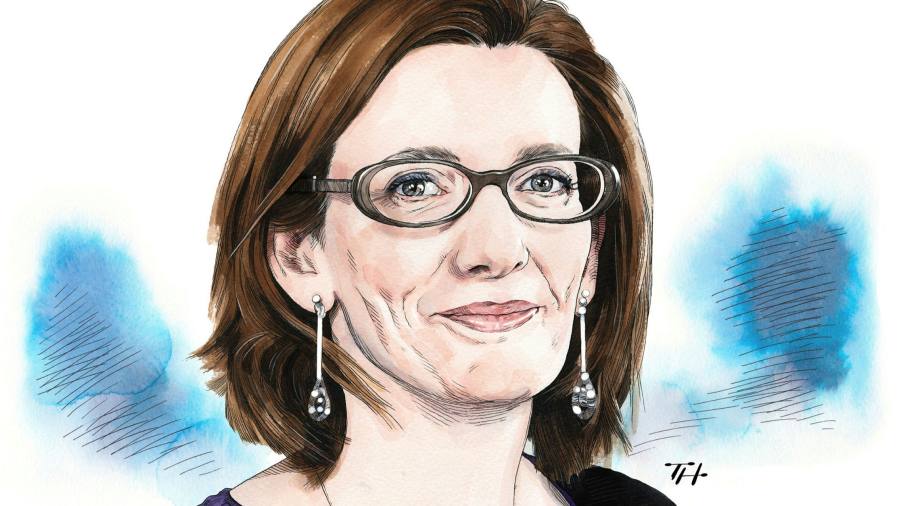 Stephanie Butcher faces an unenviable task. Her challenge after a promotion in January to Invesco’s UK chief investment officer is to restore the once highly regarded asset manager’s reputation following a bruising few years.

Questions about Invesco’s future are swirling after the Trian hedge fund led by Nelson Peltz recently revealed that it had established a near 10 per cent stake, but Ms Butcher declines to speculate on the activist investor’s intentions.

“Improving the investment performance of the UK fund range is my priority,” says Ms Butcher.

Improvements are much needed. Invesco has led the “Spot the Dog” list of underperforming UK investment funds, compiled by wealth manager Tilney Bestinvest, for the past two years. Thirteen of Invesco’s funds with combined assets of £11.4bn were named and shamed for consistent underperformance in Tilney’s update published in September.

Invesco’s problems started to accelerate in October 2013, when star fund manager Neil Woodford announced he was leaving Invesco to set up his own ill-starred investment company. Since then, investors have pulled £31.5bn from Invesco’s UK domiciled funds, according to Morningstar, the data provider.

Mark Barnett, who had worked with Mr Woodford for years, took over the management of his popular income-focused funds, but endured years of underperformance. He came under even more scrutiny as Mr Woodford’s company collapsed. The former teammates owned significant overlapping holdings in unlisted and illiquid assets, which suffered significant valuation writedowns.

Mr Barnett left Invesco by mutual agreement in May.

Ms Butcher is reluctant to talk about Mr Barnett’s exit, but she says: “There have been a lot of changes where we believed that funds could be better run by different individuals or by other parts of Invesco. The UK funds [previously run by Mr Barnett] that have been taken over by new managers have performed very well since then.”

Asked if Mr Barnett should have acted sooner to offload the unlisted holdings, Ms Butcher diplomatically avoids criticism of her former colleague.

“Clients have very different requirements compared with 10 years ago and their requirements will be different again in 10 years’ time. Businesses need to adapt to that,” she says.

Invesco has traditionally had a value focus in its equity investment strategies, a style that has underperformed due in part to investors’ insatiable appetite for technology stocks with strong growth prospects.

Ms Butcher believes it is more accurate to describe Invesco as “valuation driven” rather than a value manager.

“It is an important distinction. There is no sector that we will not invest in. We are quite happy to own technology companies where we understand the valuation. We are probably more value tilted than we have been in the past because the spread in company valuations is currently so extreme,” she says.

Other adaptations are under way across the UK fund range.

Invesco’s 2019 value assessment report concluded that its £6.7bn Global Targeted Return (GTR) fund was one of three from a range of 55 funds that had failed to deliver on its performance objectives. The veteran David Jubb stepped down in October from the team managing the GTR fund which has delivered miserly net annualised returns of 0.08 per cent net of fees over five years to the end of September.

“The GTR team has been frustrated with performance but the strategy was one of the few which successfully protected clients’ money in the heat of the coronavirus crisis. We don’t think there is a problem with GTR’s underlying investment philosophy and will continue to back teams when they are going through tougher periods of performance,” says the 48-year-old.

She emphasises that Invesco has taken multiple steps to improve its investment performance with the help of frank conversations with clients.

“Our clients have been very honest and direct. We have learned a lot through these interactions. We have become a better business as a result,” she says.

Initiatives to drive performance improvements include peer reviews, where a senior portfolio manager from one Invesco team is invited to critique the strategy of another.

“The peer reviews provide a genuine challenge to portfolio managers. A good fund manager wants their views to be challenged,” she says.

One result of this is an increase in idiosyncratic risk in portfolios, which indicates that portfolio managers are now more focused on company specific drivers of return.

In common with every other big asset manager, Invesco is working on incorporating environmental, social and governance metrics into its investment processes. It has developed an internal rating system to identify which stocks it believes have the most room for improvement in terms of ESG issues, relative to what is already priced in.

Still Ms Butchers, who is not a fan of exclusions or divestment, says ESG ratings “can only be a part of the discussion” in any investment assessment, arguing in-person meetings with a company provide a much better sense of how it views ESG issues.

“ESG data are not perfect. It is difficult to put a number next to the culture of a company. The real value is sharing that information with companies and working with them to make improvements. We are ESG ratings-aware but not ratings driven,” she says.

More efforts are also being made to improve the gender, ethnicity and social diversity of Invesco’s UK’s investment teams. “We are now seeing a much more diverse mix of applicants. We will be a better business by having more diversity of all types,” says the mother of two children, three cats and 10 unproductive chickens.

Overseeing these changes while working from home has required careful co-ordination with all of the UK portfolio management teams and Invesco’s top leadership, which is based in Atlanta.

The Henley-based UK operation historically had “a tendency towards being quite siloed” from the rest of Invesco, but Ms Butcher says that better integration is under way.

“There are benefits that can be gained from leveraging the wider Invesco platform and developing stronger partnerships within the business,” she says, adding that her entire team remains committed to Invesco’s core principles.

“We are a long-term, valuation driven active manager and we are absolutely focused on doing what is right for our clients. That will not change,” she says.

Founded 1978 (creation of US company)

No. 6 USC Strengthens Case For College Football Playoff With…

Amazon Black Friday sale: Get Apple AirPods Pro 2 at their…

Where to find Stonjourner in Pokemon Scarlet & Violet