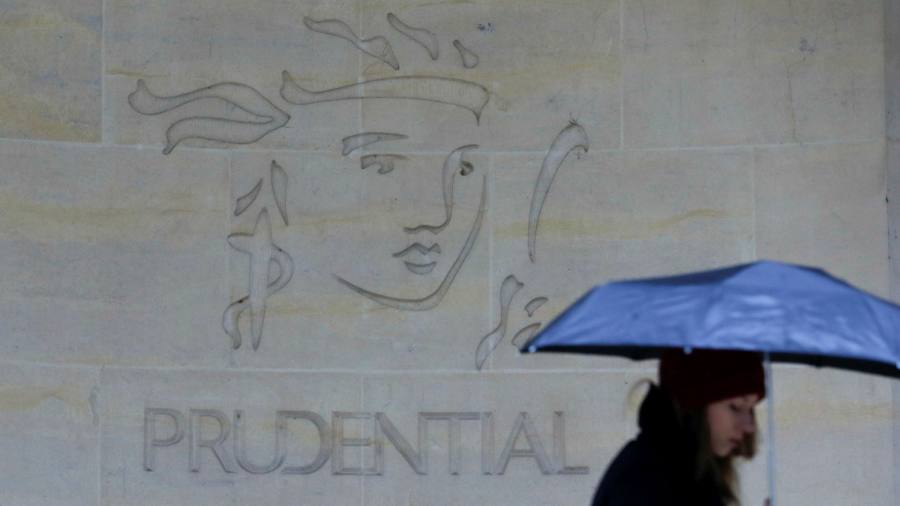 With a possible $3bn (£2.15bn) equity raise on the way this year, it’s in the interests of Prudential to project confidence, writes Alex Newman.

Fortunately for the life insurer, its chances of successfully raising one of the largest amounts of cash in the history of the London Stock Exchange look stronger after forecast-beating full-year numbers again highlighted the pure-play promise.

That doesn’t mean a placing is guaranteed. Pointedly, chief executive Mike Wells emphasised that this was a “potential” exercise intended to enhance the group’s growth opportunities in Asia and Africa. But most signs suggest that a fundraising will take place once the US-focused Jackson business has been demerged in the second quarter of 2021.

One side aim of a share sale is to add lots of global institutions and Hong Kong retail investors to the share register. By opening the company up to markets which fully recognise the geographies Prudential does business in, one assumes management thinks a greater public value can be achieved.

To analysts at RBC, Asian investors’ use of “the forgotten lens” of embedded value — a proxy for shareholder equity — is likely to be central to this. At a group level, this moved sideways in 2020, dragged down by a fall in Jackson’s sales and adjusted operating profits.

But strip out this division — worth $12bn on an embedded value-basis — and the picture looks much brighter. In Asia, adjusted operating profits climbed 13 per cent to $3.7bn, with embedded value rising by the same amount to $44bn, or 1,696 cents per share.

Despite a century-long presence in the continent, Prudential says rapid digitalisation, growing middle classes and heightened awareness brought about by Covid-19 has translated into ever-growing demand for health and life insurance products.

This is also very profitable. Wells said new product launches are generating internal rates of return “in excess of 35 per cent”, with an average payback period of three years.

These sort of figures should smooth any upcoming fundraising efforts, particularly given the shares trading on 12 times’ this year’s consensus earnings forecast. That’s around half the multiple commanded by key Asian peer AIA.

Having started the business together in 1973, executive chairman Sir David McMurtry and non-executive deputy chairman John Deer own a combined 53 per cent of Renishaw’s shares, which are currently worth about £2.7bn. They said that “finding ourselves in our eighties, our thoughts have increasingly turned to considering the future of our shareholdings . . . and securing the future of the business”.

The board has decided that it would be appropriate to investigate the sale of the company, but it will not be handing the business over to just anybody. Renishaw says it is seeking a buyer “who will respect the unique heritage and culture of the business, its commitment to the local communities in which its operations are based, and who will enable the company to continue to prosper in the long term”.

That statement is perhaps a warning shot to prospective private equity players who have been on a shopping spree in the UK, taking advantage of the “double discount” on valuations from Covid-19 and a depressed pound.

But they would be hard-pressed to pick up Renishaw at a steal. News of the potential sale sent the shares surging by close to fifth, to an all-time high of 6,900p. They have now more than tripled in value from their mid-March “Corona crunch” low last year.

Renishaw’s earnings have also bounced back strongly during the pandemic, with sales growth in the Asia Pacific and cost cutting boosting adjusted operating profit to £41m in the six months to December 31, up from £17m a year earlier. Sitting on £162m of net cash, it also reinstated its dividend last month.

Despite its cyclical vulnerability, the group has been a long-term performer for investors, with its problem-solving products and structural growth drivers making it a high quality industrial play.

Since joining Aviva in July, Amanda Blanc has signed off on the sale of “non-core” divisions in Singapore, Vietnam, France and Turkey, writes Alex Newman.

The chief executive has now bid farewell to the group’s remaining general and life insurance businesses in Italy, bringing cash proceeds from the divestment spree to more than £5bn.

The latest sales have been struck at a 20 per cent discount to the divisions’ Solvency II own funds — an awkward proxy for balance sheet value. That doesn’t sound like a great deal until you note that Aviva shares trade at around half the group-wide measure, which crept up from £28.3bn to £29.3bn in 2020.

In short, Blanc is playing a poor hand both well and fast. Alongside a resilient set of full-year results that showed a 9 per cent rise in operating profit, the group announced a tender offer for up to £800m of notes, as part of a £1.7bn debt reduction push by the end of June.

Blanc said on Thursday that the pace of disposals had been “faster” than she had envisaged, adding: “Following the completion of the major disposals, we will also be in a position to make a substantial return of capital to our shareholders.”

The combined effects of these shrinking and re-balancing acts mean shareholders can now expect £5bn-worth of cash returns over three years. Mooted post-Brexit changes to capital calculation rules might help further. Share buybacks would be another sensible option.

Chris Dillow: Cyclical stocks can move up as well as down

We’re all looking forward to the post-Covid economic upturn. But which stocks would benefit from this? The answer could be: most of them.

There has been a close correlation between valuations on the All-Share index and Markit’s purchasing managers’ index (PMI) for the manufacturing sector, which we can use as a measure of cyclical conditions. High PMIs (a sign of a strong economy) have been accompanied by low yields and low PMIs such as last spring and in 2008-09 have seen high dividend yields.

Many sectors’ dividend yields have an even stronger correlation with the PMI than this. These are mostly cyclical ones as you might expect, such as chemicals, engineers, support services or travel and leisure.

There are, however, some sectors that aren’t as responsive to this measure of cyclical conditions as you might expect.

One is mining. It has its own cycle, which is more responsive to emerging market conditions than UK ones. In 2015-16, for example, mining stocks halved even while the UK economy grew steadily.

Another is construction. It can be a lead indicator of cyclical conditions rather than a coincident one. Construction stocks slumped in early 2008, for example, even though the PMI pointed to the economy holding up.

Both sectors now carry a warning. Both have done well since last spring. But this raises the possibility that these might now be pricing in a lot of the coming upturn.

But is the rest of the market doing so?

One reason to fear this is that the dividend yield on the All-Share is below its long-term average, suggesting the market is pricing in the resumption of some of the dividends that were suspended last year, and perhaps pricing in some of the upturn too.

The PMI is now slightly above its post-2007 average. This doesn’t, however, mean it cannot rise further. The index measures the proportion of companies enjoying increased activity. As the upturn gains traction, more and more companies should be in this position. So even if the average gain for each company is small, the mere fact of many companies sharing in the upturn would drive up the PMI. And the width of the upturn could create a feelgood factor for stocks.

The danger for equity investors is not so much that the PMI will stay low as that the upturn might not be very long-lasting.

Of course, we’ll see a strong recovery as pent-up demand is released — not just from consumers but from some companies too as they enact expansion plans that had been put on ice because of Covid.

But what happens afterwards? Western economies were stagnating before the pandemic for many reasons. The pandemic hasn’t removed these reasons — and might in fact have strengthened some: memories of the surprise downturn and fear of a future pandemic might deter future investment for example. There’s a danger, therefore, that growth will fall back after its post-Covid spurt.

Yes, cyclical stocks could well enjoy a good upturn. But the thing about cycles is that they move down as well as up.

Chris Dillow is an economics commentator for Investors’ Chronicle

A premium for good road behaviour? Motor insurance buyers will soon be assessed for traffic violation